The following story is excerpted from TIME's special edition, The Science of Happiness, which is available at Amazon.

It’s right there, the first of the Four Noble Truths of the Buddha: “Existence is suffering.” If that’s not your bag, you can turn to the wisdom of Ecclesiastes, the preacher who said, “I have seen all the works that are done under the sun; and behold, all is vanity and vexation of spirit.” In the Gospel of Luke, Jesus tells his disciples the parable of the rich man who built a prosperous life, only to hear from God, “ ‘You fool! This very night your life will be demanded from you. Then who will get what you have prepared for yourself?’" Across the spectrum of organized religions, the message is clear: the observant should be prepared for their allotment of unhappiness in this mortal vale of tears and put their faith in a happier life to come. 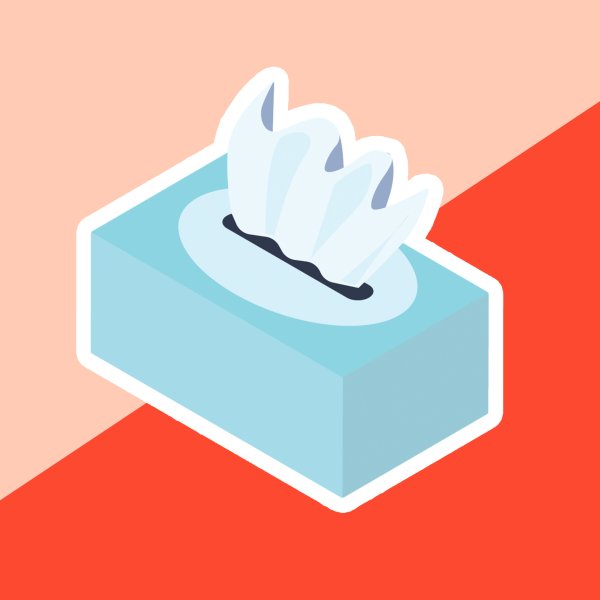 Which should perhaps make it surprising that scientists have found, again and again, that those with a spiritual practice or who follow religious beliefs tend to be happier than those who don’t. Study after study has found that religious people tend to be less depressed and less anxious than nonbelievers, better able to handle the vicissitudes of life than nonbelievers. A 2015 survey by researchers at the London School of Economics and the Erasmus University Medical Center in the Netherlands found that participating in a religious organization was the only social activity associated with sustained happiness—even more than volunteering for a charity, taking educational courses or participating in a political or community organization. It’s as if a sense of spirituality and an active, social religious practice were an effective vaccine against the virus of unhappiness.

I’ve experienced that phenomenon for myself. A few years ago, suffering a mix of anxiety and depression—or maybe just the toll of living too long in New York City—I made an appointment with a psychiatrist. I thought I might end up taking antidepressants, as more than 13% of Americans do. But before going down the drug route, my doctor prescribed something different—a morning meditation routine, to calm the kind of racing thoughts that can lead to a downward spiral.

I’m not sure if it was the calming effects of steady, deep breathing. Or the mental training that comes with meditation—focusing on the present moment rather than getting caught up in regrets about the past or fears about the future. Or the fact that even though I was doing it alone, the app I used to time myself told me how many other people were meditating at the same time I was, making me feel a part of a community of people who also struggled to find that inner calm. Whatever it was, it worked.

It turns out my story is not unusual; a review published in the journal JAMA Internal Medicine found that even small amounts of meditation training can help with anxiety, depression and pain. But that doesn’t mean scientists know exactly why it works.

The same goes for the protective qualities of religious belief and spirituality. Some experts think that believing in a religion gives you a greater sense of purpose and meaning in life than a secular viewpoint alone does, and that can help carry you through the low periods and elevate the higher ones. It could be that belief in an afterlife—something nearly all mainstream religions have in common—can make you happier in this one, knowing that you’re headed for something better. (This would be the opiate that Karl Marx believed religion offers to the oppressed masses.) Jesus told his faithful their “reward is great in heaven,” but that promise seems to pay off in the here and now as well.

Indeed, there appears to be something to the idea that faith makes us happier. And it appears that one of the main reasons is that there’s strength in numbers.

The power of the group

Many religions proscribe vices that over time can damage health and, with it, happiness. For instance, Mormons—who aren’t allowed to smoke or to drink alcohol or caffeine—tend to have much lower mortality rates than nonobservers, and much the same is true for abstaining Seventh-day Adventists, who follow vegetarian diets and don’t drink. “Thou shalt not” may seem like a bummer, but scientists have come to understand that the abundance of possible decisions in a free, consumer-driven society can actually weigh us down. (It even has a term, popularized by Swarthmore College psychology professor Barry Schwartz: “the paradox of choice.”) It’s possible that the strictures of religion can help relieve that burden—especially if those strictures, and the religious community that enforces them, discourage unhealthy behaviors.

When it comes to religion and spirituality, it may not be what you believe or how you believe it that protects you from unhappiness so much as the fact that you believe at all—and that you practice those beliefs with other people. Scientists have long known that having strong social ties is one of the greatest guarantors of happiness. Religion isn’t the only social tie that binds—you can join a volunteer group or a bowling league or the parent-teacher association, and you’ll likely be better off than you would be alone.

As anyone who grew up religious knows, though, there’s something about ties of faith that make them particularly sticky. We can grow out of school ties or a hobby or an allegiance to a sports team—less so our faith. Religion derives from the Latin term religio, which means “to bind together.” Atomistic individuals are linked to family—family now and their ancestors—along with friends and community and congregation. It’s not for nothing that Jesus told some of the earliest Christians that “where two or three are gathered in my name, there I am among them.”

Without that sense of community, religion may not be as strong a protector against unhappiness. In a survey of U.S. adults conducted in 2006 and 2007, researchers led by sociologist Chaeyoon Lim of the University of Wisconsin–Madison found that 33% of those who attended religious services every week and reported having close friends at church said they were extremely satisfied with their lives, while only 19% of those who went to church but had no close connections to the congregation reported the same satisfaction.

“To me, the evidence substantiates that it is not really going to church and listening to sermons that makes people happier,” Lim told TIME, “but making church-based friends and building intimate social networks there.”

In fact, it’s those who are suffering the most in this life who seem to benefit the most from the protective quality of religious community. In a 2011 paper that analyzed self-reports from hundreds of thousands of people worldwide, researchers found that the connection between religious faith and happiness was strongest among people living in difficult conditions—fear, poverty, hunger.

Think of it as scientific proof of the old saying that there are no atheists in the foxhole. When life is hard, the communal support of a religious community—and, presumably, the hope for something better to come in an entirely different world—is especially valuable, maybe even impossible to give up. That may be one reason religious community was so important to slave populations throughout history, from the ancient Israelites under the pharaoh’s boot in Egypt to African Americans trapped in the antebellum South. It may also be why even now in the U.S., states with lower life expectancies and higher poverty rates have the largest proportion of religious people. A rich man may find it harder to get into heaven than a camel does passing through the eye of a needle, but he may not think he needs to count on heaven in the first place.

Being in the majority matters

In well-off but secular countries such as France and the Netherlands, both the religious and the nonreligious report about the same level of happiness and social support. In fact, Gallup data shows that some of the happiest nations in the world—Nordic countries such as Denmark and Sweden, which perennially score high on well-being—are comparatively abundant in atheists. Being completely unreligious—and presumably not worrying much about any kind of afterlife—didn’t seem to stop them from enjoying this life.

You don’t need to be a Marxist to believe that materialism matters to happiness and that people who live in a safe and wealthy country are on the whole going to be happier than those who do not. (If religion provides a kind of existential security in poor countries, the welfare state may do the same in rich ones.) The comparatively low levels of inequality in those unreligious Nordic nations likely play a role too.

Studies also point to the fact that the protective social qualities of religion work best in societies where religion is widely practiced. In other words, it’s important to get right not just with God but with your fellow man. In a fairly religious country like the U.S., it makes sense that being religious would make you happier—you’re with the majority, and studies have repeatedly shown that being in the minority is potentially stressful.

The opposite is true in a country such as the Netherlands, where atheism is widespread. There, a practicing religious person would be in the minority, and instead of that warm communality with your fellow believer, you’d find yourself out of step. Those religious social ties are weaker—and with them, the protective qualities of spirituality.

Another report, from the National Bureau of Economic Research, found that people living in an area with a higher density of co-religionists are more likely to participate in religious activities. There’s also a strong correlation between that religion density and positive economic outcomes, including higher incomes, lower rates of divorce and a higher likelihood of having a college degree. The value of religion depends in part on the cultural values behind it.

Of course, aren’t these concerns all a bit worldly for something that should be a matter of the spirit, not economic statistics?

Where spirit comes in

The idea that happiness should be the goal of religion is a fairly recent one, and it would have been unrecognizable to the stern Protestants who landed on Plymouth Rock, who believed that the point of existence was the glorification of God—not human happiness. That’s the past, though; today, many of the descendants of those flinty Protestants now preach the prosperity gospel, which explicitly links material success in this life to God’s grace. In this telling, religion doesn’t just deliver community—it can deliver cold, hard cash.

And while the prosperity gospel may be an extreme version, other spiritual practices today explicitly teach happiness as a goal. One of the best-selling books written by the Dalai Lama is called The Art of Happiness. In it, the Buddhist leader describes why happiness is so important. “Isn’t a life based on seeking personal happiness by nature self-centered, even self-indulgent?” he writes. “Not necessarily. In fact, survey after survey has shown that it is unhappy people who tend to be most self-focused and are often socially withdrawn, brooding and even antagonistic.”

Happiness in this worldview isn’t just a possible by-product of religion—it’s practically a duty. But maybe this isn’t about religion so much as it is about those underlying cultural values. Howard Cutler, a psychiatrist who co-authored the book with the Dalai Lama, has said he suggested that it not open with the rather unhappy first Noble Truth that “existence is suffering.”

“I began with the more positive states and made my way into how we all want to be happy but have to deal with suffering,” Cutler told TIME. “It was very American.”