Every few years, there's a hot new management strategy that promises to make employees happier, healthier and more productive. To that end, we've seen the rise of positions like "chief happiness officer" as well as workplace dogs and on-site meditation. But while employers may have improved the office itself, they have not solved the stress of leaving it: the crushing tide of emails and IMs, which—thanks to the rise of smartphones—can yank us back to work, anytime, anywhere.

Now, in an effort to prevent burnout, a growing number of employers have started to suggest, or even mandate, ways in which employees should unplug their connected devices. The automaker Daimler, for example, made headlines for offering its staff software that auto-deletes employee email while they're on vacation. Volkswagen, in collaboration with its union, set its servers to stop mobile email service for some workers from 30 minutes after quitting time until 30 minutes before starting time. And in January, the French government decreed that people at companies with more than 50 staffers can no longer be expected to answer email during their off hours—a policy dubbed "the right to disconnect." 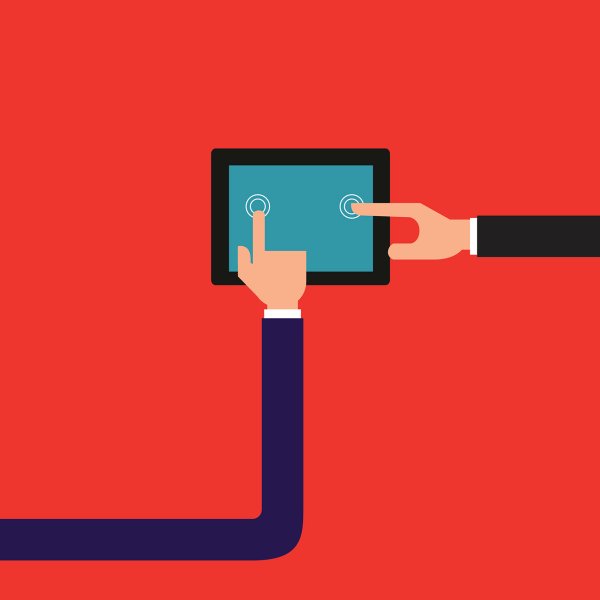 These measures may sound dramatic and possibly impractical, but there is data to suggest they are needed. A recent study from Colorado State University found that just thinking about having to answer email at home (a.k.a. "anticipatory stress") renders employees "emotionally exhausted," which can hurt morale. Other research suggests that limiting the number of times a day that we check email or work-chat services—from, say, 10 or 20 to three or four—cannot only reduce stress levels but also increase overall productivity.

But in order for any of these solutions to succeed, workers have to be willing to regulate their own habits. And that is especially tough in a country like the U.S., where being superbusy, or at least appearing to be superbusy, is a point of pride. (In 2015, U.S. workers took just 16 days off, down from 20 days in the late 1990s, according to data from leisure-research company Project: Time Off.) Even if more U.S. employers were to implement the kinds of limits that Daimler and Volkswagen do—let alone announce a nationwide policy, like the French government—experts are skeptical that they'd work. "If the social norm is to be on all the time, you don't want to be the odd one out," says Angela Leaney, a New Jersey–based marketing consultant, adding that some bosses will think less of employees for not answering email after work hours, even if they say they won't.

Moreover, dictating when and how employees should use their connected devices will inevitably handicap many workers. Parents have come to count on being able to pick their kids up in the afternoon or put them to bed, because they're able to catch up online later at night. And there are plenty of people who do their best work at 3 a.m. In fact, a majority of working adults recently surveyed by the American Psychological Association say that being able to check work email at home makes it easier to get more done; many also said it improved their relationships with colleagues. Perhaps that's why so many efforts to impose blanket rules—like Intel's Quiet Time, a 2008 experiment in which a group of employees cut off their means of communication for one morning a week—haven't gotten much traction.

For now, it seems, the best way for employers to foster a fulfilled, productive workforce is to be flexible, both inside and outside the office. One example: Vynamic, a health care consulting startup in Philadelphia, which has a policy discouraging, but not banning, email use from 10 p.m. until 6 a.m. on weekdays and all weekend. And although Andy Monfried, the CEO and founder of Lotame, a New York–based data-management company, says those kinds of time limits wouldn't work for his business—it's too global—he does give his employees flexibility on when and where they can work. He's also vigilant about burnout. "I vowed that I would not create a company where people had the Sunday-night blues—the kind where you go to bed sick to your stomach," he says. "I tell people that if that's happening repeatedly, it's a sign of work-life imbalance and they should come talk to me."