You hear about FOMO a lot these days. In fact, the word was added to the Oxford English Dictionary in 2013.

What does it really mean? A recent study on the subject defined it as: 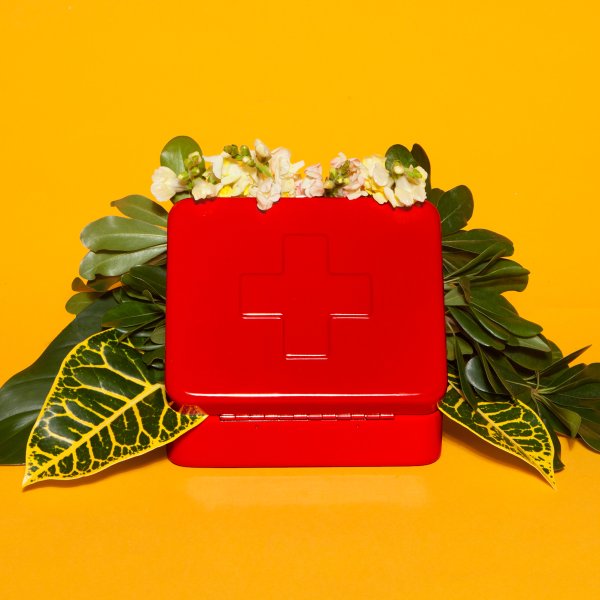 …‘‘the uneasy and sometimes all-consuming feeling that you’re missing out – that your peers are doing, in the know about, or in possession of more or something better than you’’. Under this framing of FoMO, nearly three quarters of young adults reported they experienced the phenomenon.

Sometimes that alleviates the anxiety — but often it doesn’t. And either way it drives you to keep running around the digital hamster wheel to feel okay with yourself.

Is this just a symptom of modern life? Is it no big deal? Or is it telling us something we need to know? And is there anything we can do to break the vicious cycle?

Research has answers. And you can fix this problem. But first, the bad news: FOMO is a lot worse than you think…

Caught in the FOMO cycle? You’re probably not feeling too great about your life. FOMO often originates in unhappiness:

So you’re not feeling so hot about things. Or you’re wondering if everyone else is having more fun than you. How do you scratch the itch? Check Facebook, of course:

In fact, FOMO leads people to check social media right after they wake up, before they go to bed and during meals:

Results conceptually replicated findings from Study 2, those high in FoMO tended to use Facebook more often immediately after waking, before going to sleep, and during meals.

So you’re not feeling so great — whether you realize it or not — and you turn to social media to make you feel better. Only one problem there: it actually makes you feel worse…

We all know that Facebook doesn’t provide a very well-rounded picture of people’s lives. It’s more like the cherry-picked perfection version.

Often it seems like if bragging and showing off were banned, some people wouldn’t post anything at all.

But despite knowing this, studies say we can’t help but compare our lives to theirs:

After controlling for the possibility of reverse causality, our results suggest that (Social Network Site) users have a higher probability to compare their achievements with those of others.

And research shows this is the happiness equivalent of taking someone with a nut allergy and putting them on an all-cashew diet:

According to Burke, passive consumption of Facebook also correlates to a marginal increase in depression. “If two women each talk to their friends the same amount of time, but one of them spends more time reading about friends on Facebook as well, the one reading tends to grow slightly more depressed,” Burke says…

Again and again the happiness research shows comparisons to lives that seem better than yours, well, that’s some bad juju, hombre. As Montesquieu once said:

As Swarthmore professor Barry Schwartz writes in his excellent book, The Paradox of Choice: Why More Is Less:

“Stop paying so much attention to how others around you are doing” is easy advice to give, but hard to follow, because the evidence of how others are doing is pervasive, because most of us seem to care a great deal about status, and finally, because access to some of the most important things in life (for example, the best colleges, the best jobs, the best houses in the best neighborhoods) is granted only to those who do better than their peers. Nonetheless, social comparison seems sufficiently destructive to our sense of well-being that it is worthwhile to remind ourselves to do it less.

So you’re wondering if your life measures up and you turn to everyone else’s deliberately sculpted illusion of lifestyle perfection… This is the happiness equivalent of reading your bank statement after looking at the Forbes 400 list.

As Erica Jong once said: “Jealousy is all the fun you think they had.”

Even if we logically know Facebook isn’t an accurate depiction of people’s lives, well, confronting your seeming inadequacy 24/7 against an unachievable false reality can hammer your already vulnerable self-esteem. You just can’t compete with their highly-edited topiary of lifestyle awesomeness — especially when you’re feeling a little down or anxious to begin with.

So what’s the most common response? To post something. As if to say: Look at me! I’m cool, too!

But this only strengthens the cycle. As internet maven and co-founder of Flickr, Caterina Fake, once said:

Social software is both the creator and the cure of FOMO. It’s cyclical.

And the research agrees. People with FOMO have ambivalent feelings toward Facebook. It brings them up and slams them back down:

To evaluate our prediction that FoMO would be associated with high levels of ambivalent emotions when using Facebook use we regressed positive affect, b=.31, p<.001, and negative affect, b = .40, p < .001, on FoMO scores. This pattern of relations indicated those high in FoMO were more likely to experienced mixed feelings when using social media.

A roller coaster of emotion. Just like the highs and lows of addiction, eh?

But posting to alleviate your discomfort also has an important secondary effect: by presenting your carefully edited version of life awesomeness, you just made anyone who sees it feel worse. You’re spreading the virus.

So this is how FOMO comes about and why it’s so awful. But how do we break the cycle?

The Problem Is Attention

Looking at social media for happiness is a bad idea. You won’t find it out there. Sounds cliche, but the research says you need to look inside:

“The problem with FOMO is the individuals it impacts are looking outward instead of inward,” McLaughlin said. “When you’re so tuned in to the ‘other,’ or the ‘better’ (in your mind), you lose your authentic sense of self. This constant fear of missing out means you are not participating as a real person in your own world.”

Facebook isn’t real life. It’s obviously not life. And it’s certainly not real. Only real life is real life. But you’re comparing yourself to fake life. (Someone cue the music from “The Matrix”, please.)

And the key to happiness really comes down to one word:

We all have bad things we could think about. But they don’t bother us when we pay them no mind. “Look on the bright side” is a cliche, but it’s also scientifically valid.

Paul Dolan teaches at the London School of Economics and was a visiting scholar at Princeton where he worked with Nobel-Prize winner Daniel Kahneman.

He explains the importance of attention in his book, Happiness by Design: Change What You Do, Not How You Think:

Your happiness is determined by how you allocate your attention. What you attend to drives your behavior and it determines your happiness. Attention is the glue that holds your life together… The scarcity of attentional resources means that you must consider how you can make and facilitate better decisions about what to pay attention to and in what ways. If you are not as happy as you could be, then you must be misallocating your attention… So changing behavior and enhancing happiness is as much about withdrawing attention from the negative as it is about attending to the positive.

But when you’re caught in the loop of FOMO you tune out the real world and tune in to the fake one — Facebook.

And that’s what the research shows: people with FOMO stop paying attention to life and turn to social media for their happiness cure.

Students with FOMO pay less attention in school and are even more likely to check their phone when they’re driving:

This analysis showed that students high in FoMO were more liable to use Facebook during university lectures… Young adults who were high in fear of missing out paid greater attention to emails, text messages, and their mobile phones when driving compared to those lower on FoMO.

(To learn more about how to focus your attention and be happy, click here.)

But how do you focus your attention so that you appreciate the real world and don’t turn to Facebook (which is only going to make you feel worse)? What can you pay attention to when life is, frankly, kinda sad or boring?

Sounds sappy, I know. But try a simple experiment:

Look around. What good things might you be taking for granted? Home? Family? Friends?

Now take a couple seconds to imagine those were taken away from you. How would you feel? Bad things happen to us randomly, right? So to some degree, you are lucky to have what you do.

Does this exercise sound silly? Research shows it works. Mentally subtracting cherished moments from your life makes you appreciate them more, makes you grateful and makes you happier.

In fact, gratitude is arguably the king of happiness. What’s the research say? Can’t be more clear than this:

…the more a person is inclined to gratitude, the less likely he or she is to be depressed, anxious, lonely, envious, or neurotic.

So maybe it’s time to look at the good things you take for granted in life rather than your Facebook wall. Turn notifications off. As the author of the FOMO study said:

“For people who feel very secure in their relationships, their relationships are important to them, but they don’t feel compelled to always be connected,” Przybylski said. Social media may not create the tendency, he said, but it likely exacerbates it by making sharing so easy. “Sometimes,” he said, “it’s good to insulate yourself from the world of possibilities.”

(To learn more about how you can use gratitude to make yourself happy all the time, click here.)

Alright, let’s round up what we’ve learned about FOMO and find out the best way to make sure you keep feeling good when you hear the siren song of social media…

Here’s where FOMO comes from and how to beat it:

Social media isn’t the devil. But we’re wired to compare ourselves to others and you know where that leads on a medium where everyone is cutting corners to look their best.

And Facebook can help you be happy. But don’t scroll and compare. Use it to plan face-to-face get togethers. Columbia professor John Cacioppo, the leading researcher on loneliness, says doing that can make your life better:

Facebook is merely a tool, he says, and like any tool, its effectiveness will depend on its user. “If you use Facebook to increase face-to-face contact,” he says, “it increases social capital.” So if social media lets you organize a game of football among your friends, that’s healthy. If you turn to social media instead of playing football, however, that’s unhealthy.

And when you’re with friends, put that phone away. Seeing friends and family regularly is the happiness equivalent of an extra $97,265 a year. Whatever you want to check on social media ain’t worth a hundred grand, bubba.

Forget the fake perfect lives of Facebook that lead to FOMO. Instead, try JOMO: the joy of missing out on all those illusions.

When you spend all that time staring in envy at the oh-so-cool pictures of cleverly crafted bliss on Facebook, keep one thing in mind:

It’s your life you’re missing out on.

This piece originally appeared on Barking Up The Wrong Tree