People who are happier are usually also healthier—and not just because they're happy about being healthy. When humans feel good, they're more likely to be active and less likely to attempt to cheer themselves up with cheeseburgers, ice cream and a two-day Game of Thrones marathon. 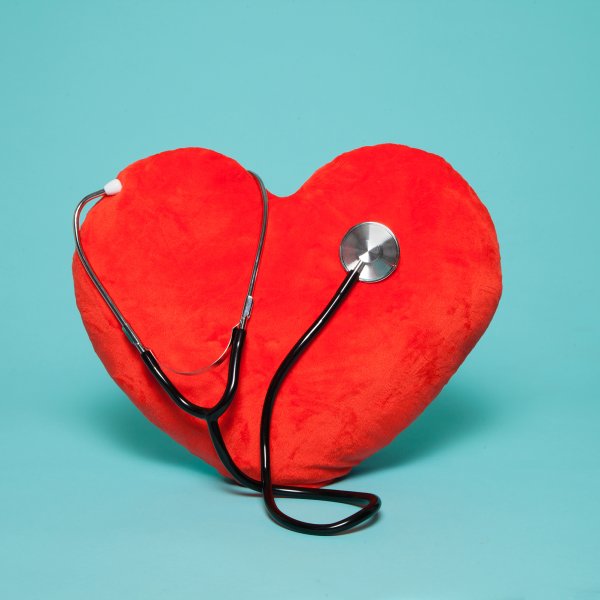 The study, out of Michigan State university looked at about 2,000 older married heterosexual couples in the Health and Retirement Study over six years, from 2006 to 2012 and found that those who reported a happier spouse also reported feeling better overall.

“Participants with happy partners were significantly more likely to report better health, experience less physical impairment, and to exercise more frequently than participants with unhappy partners," says the study, "even accounting for the impact of their own happiness and other life circumstances.”

The authors propose a couple of reasons why a happy person might improve the health of their lover. First, a happy spouse is a better caretaker; he or she is more likely to have the emotional energy to look after a significant other, making sure they're O.K., have taken their medications and are looked after when they're ill.

Secondly, people with a positive outlook are more likely to be playing the long game; they eat better, they exercise, they sleep regularly, they make plans and avoid doing self-destructive things because they feel good about the future. And they bring their companions along for the ride. "Happy people drag their spouses out of bed to go exercise, and they encourage them to eat healthier," says Bill Chopik an associate psychology professor at MSU, and lead author of the study.

And thirdly, happy spouses make life easier for their partners because their partners aren't stressed by the fact that their closest companion is always in a bad mood, and they're not exhausted by efforts to jolly them along or under constant pressure not to upset them.

One of the ways the researchers think this works is that the happy soul becomes a proxy for their partner, so the gloomy individual behaves as a non-gloomy person would. "It's compensatory," says Chopik. "Another person's happiness is filling you up, so you do these healthy things."

The study adjusted for gender, wealth and educational attainment and also for people who were desperately ill or whose partners were, which would obviously have a big impact on happiness.

Surprisingly, there was no difference in these outcomes between husbands and wives. "There's a sense that women's manage their husbands' health, but it appears that the amount your spouse's happiness affects your health doesn't vary across gender," says Chopik.

It's hard to know what moral to draw from the study—apart from try to marry a happy person—since the stress of trying to figure out how to improve your spouse's mood may well undo all the beneficial effects of having a happy spouse. Chopik has a workaround. "Relationship satisfaction between couples is one of the largest predictors of happiness," he says. So instead of trying to figure out what's up with him or her, he suggests working out what's up with the two of you.