You weren’t all that hungry before your handful of chips or midday banana. But instead of tiding you over to your next meal, you are ravenous. What gives?

No nutrition scientist would ever make this analogy, but think of it like sex. If you’re attracted to someone, a kiss is only going to fan the flames of your desire. In the same way, a few bites of food can “activate” the parts of your brain and gut that drive your hunger for more, says Dr. Belinda Lennerz, an endocrinologist and researcher at Boston Children’s Hospital and Harvard Medical School. 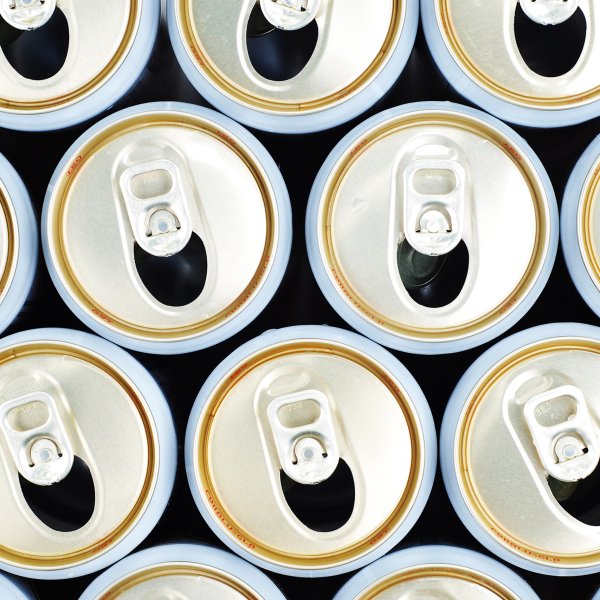 “The sight, smell, or taste of some food will trigger the cephalic food response,” she explains, referring to the various gut processes that switch on when your body believes a meal is headed its way. At the same time, swallowing a few bites of food initiates a desire to consume more in order to repeat or sustain the reward sensations your brain experienced when you ate those chips or that banana.

The fact is, eating a small portion of anything—especially if you’re close to a mealtime—is probably going to goose your appetite, not mellow it out. But Lennerz and other experts say some foods are more likely than others to crank up those “give me more” cravings.

Potato Chips, Crackers, And BreadPotato chips are a prototypical “processed carb." So are refined white or wheat breads, crackers, and other grain-based snack foods. When you swallow refined carbohydrates, your blood sugar levels shoot up. “The body’s reaction to this is to release a large amount of insulin to normalize blood sugar,” Lennerz says.

Insulin drives that blood sugar—the energy your body derives from food—into “storage,” says Dr. David Ludwig, a professor of nutrition at Harvard. Since that energy has now been locked away, your hunger for food screams back with a vengeance. (See: Science Explains Why You Can't Stop Eating Potato Chips.)

“The prime culprit at restaurants is the basket of bread,” Ludwig says. By triggering your body’s “give me more” responses and spiking your blood sugar levels, that crusty baguette is a foolproof way to send your appetite soaring. Even fast-digesting tropical fruits like bananas can have this sort of effect, he says.

Cookies, Cake, and SweetsSugar—whether its organic honey or white table sugar—activates your brain’s reward and appetite pathways differently than do other sources of energy, finds research from Yale University School of Medicine.

Specifically, your brain’s thalamus, hypothalamus, and insula—all areas that drive you to eat—tend to chill out after you’ve consumed food. But when you swallow sweet treats like cookies or cake, those areas stay active, the Yale research suggests. In a nutshell, your brain tells your body you’re not full, and you have the urge to eat more to feel satisfied, says Dr. Robert Lustig, a sugar researcher and a pediatric endocrinologist at the University of California, San Francisco.

Low-Fat, Single-Serve YogurtMultiple studies have found the amount of time and the number of chews it takes you to eat something affects how full you feel afterward. One recent review from a U.S. and European team found lots of chewing knocks down an eater’s levels of ghrelin—the so-called “hunger hormone.” (See: The Case Against Low-Fat Dairy Is Stronger Than Ever.)

Cup-sized portions of yogurt are dangerously slam-able. The low-fat varieties also tend to be packed with sugar and other processed carbs, which promote hunger for all the reasons mentioned above. A good rule of thumb: the more quickly you can swallow something, the more likely you are to eat more of it.

Diet Soda and Artificially Sweetened SnacksExperts have pretty thoroughly debunked the idea that zero-calorie sweeteners have no effect on your weight or metabolism. And a recent study from an Australian team found that, when artificial sweeteners hit your tongue, your brain’s reward centers light up and signal to your gut to expect some energy (calories) to arrive in the very near future.

When those calories never show up, your brain tries to square this imbalance by pushing you to consume more food to fill the hole, the Aussie team says. In this way, no-calorie sweeteners like the ones in diet soda may send your hunger soaring.