Drinking diet soda doesn’t do your waistline any favors, research is suggesting.

In a May 2016 study published in the journal JAMA Pediatrics, researchers studied over 3,000 pregnant women and their infants and found that mothers that frequently consumed diet beverages (drinks with artificial sweeteners) were two times more likely to have babies who were overweight or obese at one year after birth compared to women who consumed fewer artificially sweetened drinks. While the study doesn’t prove that diet drinks and artificial sweeteners cause weight gain, it certainly isn’t doing the trend any favors.

Another 2015 study published in the Journal of the American Geriatrics Society found that people who drank diet soda gained almost triple the abdominal fat over nine years as those who didn’t drink diet soda. The study analyzed data from 749 people ages 65 and older who were asked, every couple of years, how many cans of soda they drank a day, and how many of those sodas were diet or regular.

Those answers ended up being extremely predictive of abdominal-fat gain, even after the researchers adjusted for factors like diabetes, smoking and levels of physical activity. People who didn’t drink diet soda gained about 0.8 in. around their waists over the study period, but people who drank diet soda daily gained 3.2 in. Those who fell in the middle — occasional drinkers of diet soda — gained about 1.8 in.

That change in waist circumference is especially concerning because it highlights an unfortunate truth about weight distribution: the belly is a bad place for extra pounds. The kind that pads the abs from the inside, called visceral fat, is associated with increased cardiovascular disease, inflammation and Type 2 diabetes.

MORE Is Diet Soda Bad for You?

These results, which the study authors call “striking,” add to the growing body of evidence that no- and low-calorie sweeteners may come with health concerns. Though scientists are still puzzling through the mechanisms by which diet soda seems to have the unintended consequence of weight gain, they have some ideas. Sugar-free sodas contain substances that sweeten up soda at 200-600 times the sweetness of sugar.

As TIME has previously reported, some experts believe that artificial sweeteners trigger sweetness receptors in the brain, which cause the body to prepare itself for an influx of calories. Even though those calories don’t arrive, the body still craves them, and that may cause people to ultimately eat more calories overall, putting them at a risk for weight gain.

“Regular sugar has caloric consequences,” says the study’s senior author Dr. Helen Hazuda, professor of medicine at the University of Texas Health Science Center at San Antonio. And one of those is that it triggers satiety — a sense of fullness or satisfaction. “Your body is used to knowing that a sweet taste means you are ingesting energy in the form of calories that, if you don’t burn them off, is going to convert to fat,” she says. Artificial sweeteners, however, confuse our bodies and weaken the link in our brains between sweetness and calories. That, Hazuda says, can lead to weight gain and cravings for sweeter and sweeter treats.

There may be something else at work. A recent study in mice showed that artificial sweeteners actually changed the gut bacteria of mice in ways that made them vulnerable to insulin resistance and glucose intolerance — both of which can lead to weight gain. And other mice research suggests that artificial sweeteners are associated with a drop in the appetite-regulating hormone leptin, Hazuda says. Leptin is the hormone that inhibits hunger.

The Calorie Control Council, an association that represents the reduced-calorie food and beverage industry — including alternative sweeteners — disagreed with the study’s findings. “The use of low-calorie sweeteners (LCSs) in weight management has been shown to be beneficial,” the group said in a statement. “While approaches to treat obesity in older individuals is controversial, diet modifications can be a successful part of a weight-management program for older adults.”

Researchers in the new study found that belly-fat gain was most pronounced in people who were already overweight. “People who are already at cardiometabolic risk because they have higher BMIs are really in double or triple jeopardy,” Hazuda says. “When they think they’re doing something good by drinking artificially sweetened beverages, it’s actually totally counterproductive.” 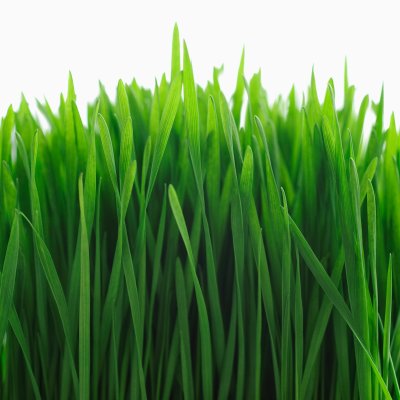 5 Peculiar Ways to Turn Your Beer Green
Next Up: Editor's Pick