Should I Drink Diet Soda?

Man, diet soda just can’t catch a break with these experts. Maybe that’s because it’s the ultimate hypocrite of the beverage world.

People probably get hooked on diet soda in the hope that the “diet” part will pay off. (Why else would you suffer an aftertaste as metallic as the can it comes in?) But liquid weight loss this is not. A 2014 study led by Sara Bleich, PhD, associate professor in health policy and management at Johns Hopkins School of Public Health, suggests it might be just the opposite. Her research found that overweight and obese adults who drink diet beverages actually consume more calories from food than their sugar-soda-drinking peers.

Indeed, for all of its skinny-making promises, diet soda might be making you fat.

Artificial sweeteners—the super-sweet, low- or no-calorie lifeblood of diet soda—trigger greater activation of reward centers in the brain compared with regular old sugar. That activation changes the way you seem to experience the “reward” you get from sweet tastes, Bleich says. “Another way of thinking about this is that for diet beverage drinkers, the brain’s sweet sensors may no longer provide a reliable gauge of energy consumption,” Bleich says. A change in those brain signals might get in the way of appetite control.

This isn’t the only one of diet soda’s potentially weighty problems. A 2009 study by nutritional epidemiologist Jennifer Nettleton, PhD, and her team found associations between diet soda consumption and type 2 diabetes. Though an observational study of this kind can’t establish causal links, drinking at least one diet soda a day was associated with a 67% greater risk for type-2 diabetes compared to people who never or rarely drank it.

Susan Swithers, PhD, professor of behavioral neuroscience at Purdue University, wrote a 2013 paper looking at the evidence for and against diet soda. “Right now, the data indicate that over the long term, people who drink even one diet soda a day are at higher risk for health outcomes that they are probably drinking diet sodas to try to avoid, like type 2 diabetes, metabolic syndrome, hypertension and stroke,” she says.

Not only does diet soda appear to fuel to problems it’s supposed to fight, but studies also link it to less obvious health issues. Vasan Ramachandran, MD, principal investigator of the Framingham Heart Study, points to a recent study linking soda, both sugary and diet, to a higher risk of hip fractures in women. It’s another observational study, he says, but that’s largely the way diet soda research goes. Some experts think that other factors might be contributing to the link between diet soda and poor health outcomes—not just the drink itself. But the associations are strong, the evidence is consistent and the biological mechanisms are plausible, he concludes.

A recent study in Nature shows that zero-calorie artificial sweeteners might mess with gut bacteria in a way that predisposes mice to insulin resistance and glucose intolerance—“the underlying precursors of metabolic abnormalities and diabetes,” Ramachandran says.

So next time you’re craving an aluminum can of carbonated non-food constituents like artificial colors, flavors and sweeteners, remember Nettleton’s voice in your head. If you’re thirsty, she says, drink water. If you’re tired, have a cup of coffee. And if you want a weight-loss aid to squash those hunger pangs, “Take a walk around the block.”

Still feel hungry? “Then eat,” she says. “You are hungry.”

Read next: Should I Eat Greek Yogurt? 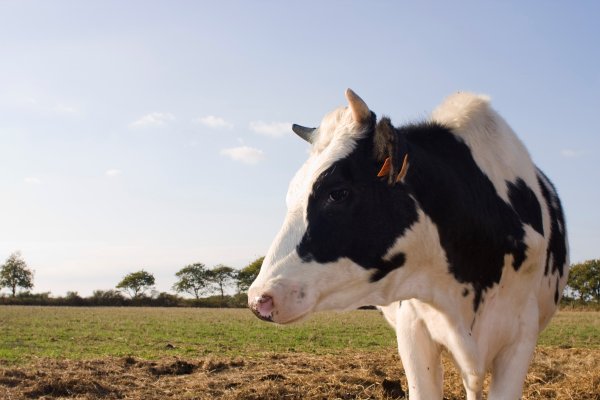 Why Raw Milk Outbreaks Are On the Rise
Next Up: Editor's Pick