Want to Lose Weight? You Should Stop Counting Calories

Keri Rabe, a 41-year-old elementary school librarian in Austin, Texas, used to be a hard-core calorie counter. Each day for a year, she logged everything she ate, squeezing in caloric space for twice-baked potatoes and tater tot casseroles by making them with low-fat dairy, believing fat would make her fat. She studied the menu before eating out at restaurants, choosing a dish by how many calories she had left for the day. "I thought for sure that was the only way to consistently lose weight," she says. "I thought I’d have to do it for the rest of my life."

By one measure, it worked; Rabe lost 10 pounds that year. But even though she met her goal, she was frustrated. She hated doing math before and after every meal, and even though she got away with eating low-quality food while losing weight, she still didn't feel good—and she wasn't satisfied. 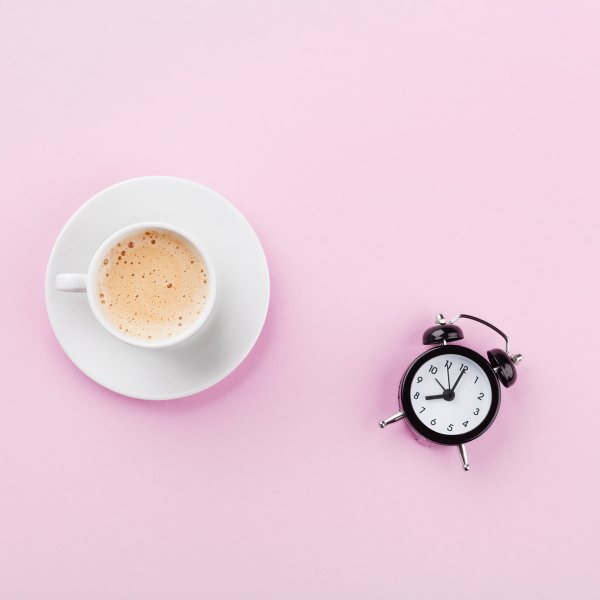 So one day, Rabe stopped logging and went searching for a better path, not just to lose weight but to keep it off. "I was looking for a way I could eat for the rest of my life," she says.

Rabe was about to learn what experts are now discovering: The quality of calories is what matters most for staying healthy, losing weight, and maintaining those results.

"When you eat the right quality and balance of foods, your body can do the rest on its own," says David Ludwig, MD, an endocrinologist, researcher, and professor at Harvard Medical School, who wrote the 2016 weight-loss book Always Hungry? "You don’t have to count calories or go by the numbers."

Health.com: 11 Ways to Boost Your Metabolism

The problem with foods that make people fat isn’t that they have too many calories, says Dr. Ludwig. It’s that they cause a cascade of reactions in the body that promote fat storage and make people overeat. Processed carbohydrates—foods like chips, soda, crackers, and even white rice—digest quickly into sugar and increase levels of the hormone insulin.

"Insulin is like Miracle-Gro for your fat cells," explains Dr. Ludwig. It directs cells to snap up calories in the blood and store them as fat, leaving the body feeling hungry in a hurry. This is why it’s so easy to devour a big bag of chips and still feel famished.

Repeat this cycle too many times and your metabolism will start working against you. What’s more, "when humans try to reduce their calorie balance, the body fights back," says Dr. Ludwig. This happens in two ways: Metabolism slows in order to keep calories around longer, and you begin to feel hungrier. "This combination of rising hunger and slowing metabolism is a battle that we’re destined to lose over the long term," he adds. In a dramatic study last year, researchers followed 14 contestants who had all lost big (most about 100 pounds) on The Biggest Loser, and they found this to be the case. Within six years, all but one of them had regained much or all of the weight they had lost because their metabolism stalled and their levels of the hunger-regulating hormone leptin plummeted.

Put fat back on your plate

The best way to break this fattening cycle is to replace processed carbs with healthy fats, argues Dr. Ludwig: "Fats don’t raise insulin at all, so they can be a key ally for weight loss."

That idea, of course, contradicts decades of dietary advice. Americans have long been warned about the dangers of fat, since the nutrient contains more than twice as many calories as carbohydrates and proteins. By the math alone, replacing fat with carbs seems like a good idea—but it’s not. Studies have shown that people on a low-fat diet tend to lose less weight than people on a low-carbohydrate diet.

In another twist, eating healthy fats—the types that actually support the heart, like the omega-3s in tuna and the monounsaturated fat in olive oil—does not seem to cause weight gain. A trial published last year in The Lancet Diabetes & Endocrinology showed that people who followed a Mediterranean diet rich in vegetables and fat for five years lost more weight than those who were told to eat low-fat. A related study showed that folks who followed a high-fat diet reduced their risk of cardiovascular disease by about 30 percent, while those instructed to eat a low-fat diet did not.

"After hearing for 40 years how eating fat makes you fat and how we have to count calories to control our weight, people are afraid of foods that humans have enjoyed and viewed as healthy for hundreds of years, like olive oil, nuts, avocado, fatty fish, even dark chocolate," says Dr. Ludwig. "These foods are among the most healthful foods in existence, even though they are loaded with calories."

Real, natural foods with fiber, protein, and fat are so satisfying, you’ll naturally eat less of them, the new thinking goes. "If the meal contains all three, then the food will move more slowly through the GI tract," says Mira Ilic, a clinical dietitian at Cleveland Clinic. When a food takes its time passing through the body, you feel fuller longer.

Instead of choosing a meal based on calories, Ilic advises picking foods from all three categories: one high in fiber, like a vegetable or whole grain; a protein source (think: chicken or salmon); and a healthy fat, like a salad with olive oil and chopped avocado.

Health.com: 20 Little Ways to Drop the Pounds and Keep Them Off

Listen to your body’s cues

But it’s still possible to overdo it, even on healthy foods. The biggest temptations are typically peanut butter and almond butter—when you eat them by the spoonful—and whole avocados, says Ilic. She likes the "healthy plate" method of foolproof portion control: assembling half a plate of nonstarchy vegetables, which are automatically healthy; a quarter plate of protein; and a quarter plate of quality carbs, like whole grains or legumes. Foods with healthy fats will pop up in the protein and carb parts of the plate, and if you stick to that formula, you’ll be less likely to overeat them. After creating so well-rounded a meal, you’ll find it easier to keep the amount of good fat you add to it in check.

Another way to guard against overeating healthy-but-rich foods is to slow down at the table. "A lot of people are eating way too fast," says Ilic. "It takes a minimum of 20 minutes for the brain to pick up on satiety, the fullness of the stomach, and you miss the cue of being full if you’re eating too quickly."

Health.com: Sneaky Things That Make You Eat More (Even When You're Not Hungry)

Be present to shed pounds

Recent research found that when people did a short mindfulness exercise called a body scan meditation—in which you take stock of how you feel inside—they were better able to pick up on internal cues that signal hunger and fullness. People who are more mindful have also been shown to experience fewer weight fluctuations over time.

Even though eating quality calories will help you crave treats less, there’s still room for the occasional indulgence. Dr. Ludwig is a fan of dark chocolate, which has heart, brain, and satiety benefits. If that doesn’t do it for you, you can keep the occasional cookie in the mix. “After cleaning the metabolic slate and lowering their insulin, people may be able to enjoy pastries, pasta, etcetera in moderation,” says Dr. Ludwig. If you miss these foods, he recommends experimenting to see what you can handle before cravings are triggered. "For others whose metabolism doesn’t tolerate that as much, the benefits of being in control of hunger and not having to fight cravings will be much greater than the fleeting pleasures of those processed carbohydrates."

As for Rabe, she ended her year of dodging calories by embarking on a new one in which she embraced fat and reduced sugar. She lost about as much weight while gaining leanness, strength, and a steadier stream of energy.

"I feel so much freer to not be restricted and obsessed over calories," she says. "I’ve made some really major changes in the quality of my diet, and I feel I can sustain them."

Best of all, ditching the meal math renewed her love for food, so much so that she started her own cooking blog.

Rabe says she’ll never go back to counting calories. "I’m internally motivated to eat the way I do, because I enjoy it," she says. "I like the way I feel now."