Do anything three times a day, every day of your life, and you're bound to get bored. Eating is no different. Humans, however, are masters of distraction—which is how our screens became our loyalest dining companions. But they can get in the way of a healthy diet and a healthy weight in ways you may not realize.

Researchers in the fast-growing field of mindfulness research are learning that simply changing how we eat might be a key to weight loss. Mindful practices like meditation are being used as tools to improve health, lessen pain and dodge sickness in large part because they reduce stress. And since stress is often at the root of overeating, mindfulness seems to make us eat better meals, which means it's likely possible to lose weight without dieting. 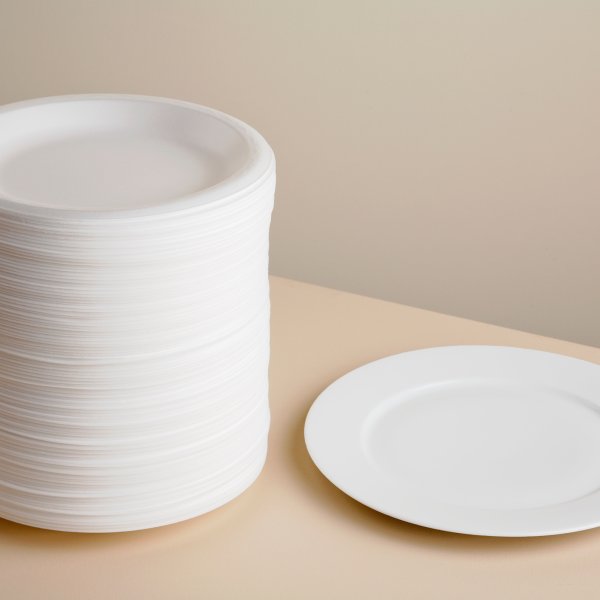 Mindfulness is the act of focusing attention on present-moment experiences. Apply that to a meal, and mindful eating means actually paying attention to the food you’re eating, making you less likely to thoughtlessly plow through a bag of potato chips, for instance. “The only thing you have to focus on is the food,” says Michael Mantzios, a mindfulness researcher and lecturer in health psychology at Birmingham City University in the U.K. “Mindfulness brings you back to the present moment, back to the present meal.”

According to new research, mindfulness sharpens a person's ability to recognize internal cues that signal hunger and fullness. In a 2016 study, researchers taught people a short body scan meditation that primes them to become more aware of their own body. (Try out our guided meditation below to see what it's like.) The meditators then received either a small or large Snickers bar. Later, they were allowed to eat as many chocolate cookies as they liked.

Something special seemed to happen to the people who did the body scan meditation. While they didn't necessarily eat less than everyone else, they adjusted their cookie consumption to compensate for what they’d already eaten—meaning that people who had the large candy bar ate fewer cookies than people who had the small Snickers. “What’s interesting is it had an effect not so much on consumption, but on compensation over time,” says study co-author Evelien van de Veer, who at the time of conducting the research was a doctoral candidate at the Marketing and Consumer Behavior Group at Wageningen University in the Netherlands. The researchers saw no such compensation from people who hadn’t received mindfulness training, or from those who had been taught a mindfulness exercise focused on their environment instead of their body.

That caloric balancing act may be a long-term habit of the mindful. In the same paper, the authors tracked people for about three years and measured their mindfulness scores with questionnaires. People who were more mindful and paid more attention to body sensations didn’t weigh less than their less mindful peers, but they experienced fewer weight fluctuations over time.

Mindfulness also helps take the claws out of cravings. “When you see a cake or chips, you think about what it would be like to take some of it, what it would feel like in your mouth,” says Esther Papies, a social psychologist studying self-regulation and health behaviors at the University of Glasgow in the UK . “All of that is based on your previous experiences. In neuroimaging research, you activate the same areas in brain simulations as you do when you actually eat the food." That’s what makes it so tempting to tear into something salty or sweet.

But mindfulness can disrupt that automatic reaction by reducing the appeal of unhealthy foods, Papies says. Through her research, she’s discovered that the trick is to think of your food craving, when it pops up, as nothing more than a mere thought. “It’s really like a soap bubble,” she says. “As soon as you touch it, it's going to disperse.”

It’s not easy to get people to think mindfully about their food, however. “We cannot convince people to stay on a diet, to do very basic things,” says Mantzios. “How can they commit to a lifestyle change that involves meditation?”

Mantzios wondered if there was a shortcut to mindful eating that didn't involve meditating. He created a food diary—with questions like "how does this meal smell?" and "what are the colors and textures of it?"—for people to fill in while they ate. Surprisingly, people who used the diary lost just as much weight as those on a meditation program. Three months later, they even surpassed the meditation group in maintaining their weight loss.

Best of all, people did not even have to write in their answers to reap the benefits. Another experiment found that just considering the questions in the diary, without putting pen to paper, resulted in a more mindful meal.

Now, Mantzios asks himself those same questions when he sits down to a meal. "I'll try it, smell it and see whether this food is actually causing me any joy, and this will define whether I eat it or not," he says. "I think this is the way we should live our lives, really."