You Asked: Should I Try the Ketogenic Diet?

Don’t let its fancy name fool you. A ketogenic diet is, essentially, a low-carb, high-fat diet—albeit one taken to extremes.

“In a clinical setting, a strict ketogenic diet would involve ultra-low carb consumption, like 20 or 30 grams a day,” says Dr. Eric Westman, director of the Lifestyle Medicine Clinic at Duke University. That’s about the number of carbohydrates in one small apple. 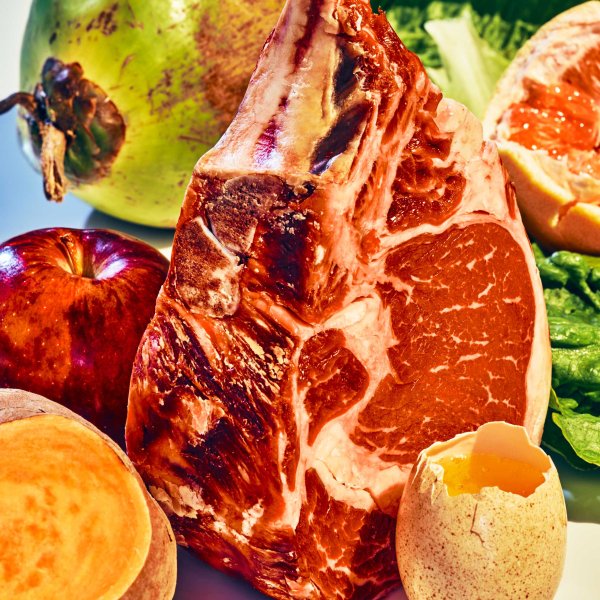 Westman’s research on carb-restricted diets suggests they can help reduce appetite, spur weight loss and improve markers of heart disease. His findings aren’t outliers. From Atkins and South Beach to Mediterranean and Zone, low-carb, high-fat diets—or “LCHF” plans—are all the rage, and growing evidence suggests they’re a big improvement on the typical carb-heavy American diet. But the "keto" diet is the most carb-restrictive member of the LCHF gang.

Along with slashing carbs, a ketogenic plan also calls for limiting your protein consumption. If you know your macronutrients, you recognize that cutting carbs and restricting protein means seriously upping your fat intake. And that’s exactly what a true ketogenic diet entails. “You’d want healthy fats to account for about 80% of your calories, and protein around 20%,” Westman says. (For comparison’s sake, the average American gets roughly 50% of her calories from carbs, 15% from protein, and 30% from fat, per the CDC.)

Like the guidance to cut carbs, this advice to reign in protein intake dovetails with some of the latest nutrition science, which suggests limiting protein can lower risk for disease and extend life for people younger than 65.

So what, exactly, does “ketogenic” mean? The name refers to a specific type of energy-carrying molecule, called a ketone. “Most people are always in a state of glucosis, meaning they’re burning glucose from carbohydrates for energy,” Westman says. “But you determine what your body burns for fuel based on what you feed it.” By severely restricting carbs and increasing your fat intake, your body can shift into a state of “ketosis,” which means it’s burning fat instead of glucose. “Ketosis used to be considered abnormal, but it can actually be very healthy,” Westman says.

In fact, ketogenic diets have been used for nearly a century to treat seizures, says Gary Yellen, a professor or neurobiology at Harvard Medical School. “It dates back to studies from the 1920s that found this kind of diet was like a sustainable form of fasting, which we’ve known, supposedly since antiquity, to be beneficial for epilepsy,” he says.

It’s not clear just how a ketogenic diet works for seizures. But Yellen says seizures are like “electrical storms” in the brain. “There are potassium channels in the brain that, when open, seem to have a quieting influence on this electrical excitation,” he says. “We think these channels work better when the brain is using ketones instead of glucose for energy.” Even when epilepsy medications have failed, a ketogenic diet can work wonders, he says.

That’s good news for epileptics. But what about the rest of us?

Westman’s research suggests a ketogenic diet can help treat obesity, type-2 diabetes and fatty liver disease. But for people suffering from those conditions—as well as older adults and kids—Westman says a keto plan can have “huge impacts” on nutrient intakes and health. You’d want to try it only with a doctor or dietitian’s supervision, he says.

“But if you’re a young and healthy adult, I have no safety concerns about removing carbs,” he adds. “It’s really not a radical concept.” You may experience some short-term issues like bad breath, constipation and flu-like symptoms. (Drinking lots of water can help.) But the lasting benefits could range from reduced hunger and increased energy to weight loss. Some preliminary research even hints at memory improvements.

More research is needed to determine whether the kind of extreme carb restriction associated with keto diets is necessary to unlock all these benefits, especially if you’re healthy. “Ketogenic and other very-low-carbohydrate diets can be quite challenging to follow over the long term, and the possibility of adverse effects has not been ruled out,” says Dr. David Ludwig, a professor of nutrition at Harvard School of Public Health. “Usually, such severe restriction isn’t necessary.” He points out that not all carbs are equal, and that the speed with which a carbohydrate food affects your blood sugar—what’s known as its glycemic index—makes a difference.

One dubious practice of some keto diet adherents is using urine, blood or breath test kits to check their circulating ketone levels. While those kits can tell you if your body is indeed burning ketones instead of glucose, Westman says there’s no good evidence that one ketone level is better than another. “The level of water in a stream doesn’t necessarily tell you how much water is flowing through it,” he says. “In the same way, measuring the level of ketones in the blood doesn’t tell you the whole story.”

Until science sorts out all the ins and outs of balancing carbs, protein and fats for optimal health, going full keto may be overkill. But based on the latest nutrition research, cutting carbs in favor of healthy fats seems sensible.