The Whole30 Program is a popular new diet that advocates cutting all added sugars, alcohol, grains, legumes, dairy and several common food additives from your diet for 30 days. Instead, you’ll fill your plate with meat, seafood, eggs, “tons of vegetables,” fruit and healthy fats from oils, nuts and seeds. (If that sounds a lot like some other popular diet programs, you’re not crazy. There’s a good deal of overlap between Whole30, Paleo and FODMAP-excluding diets.)

Follow through with the Whole30, and its creators say the diet will “put an end to unhealthy cravings and habits, restore a healthy metabolism, heal your digestive tract, and balance your immune system.” Those changes could lead to weight loss, higher energy levels, better sleep, improved focus and mental clarity and even “a sunnier disposition,” they say. 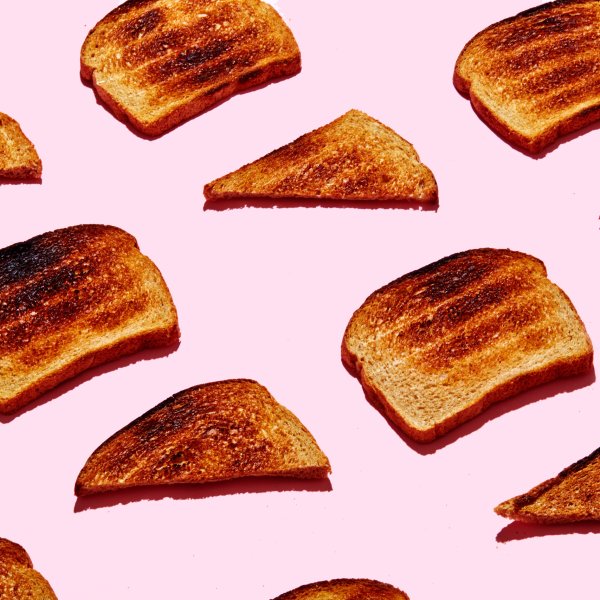 Nutrition experts don’t disagree. There’s no question many, many Americans would feel better if they stripped out added sugars and refined carbs from their diets. Some experts believe sugar is toxic, and it's been shown to promote inflammation and has been linked to depression. Some of the other foods on the Whole30 list of no-nos have also been linked to inflammation and its associated health harms.

“[Whole 30] is, essentially, an elimination diet,” says Dr. David Katz, founding director of Yale University’s Prevention Research Center. By cutting out certain foods or food groups (as Whole30 does) and adding them back in one at a time (something Whole30 is less clear about), you can identify triggers of food sensitivities or allergies and calm their symptoms, from bloating and body aches to fatigue, he says. “It’s a time-honored, clinical approach, and certainly can work.”

So what’s not to like? A lot, say some nutrition experts.

For one thing, the 30-day diet period doesn’t make any sense, says Dr. Alessio Fasano, director of the Center for Celiac Research and Treatment at Massachusetts General Hospital. “In a clinical setting, we put patients on these sorts of restrictive diets for three months, because the immune system needs three months to shut off,” he explains. “Thirty days isn’t enough time to turn off systemic inflammation.”

Another problem: Whole30 doesn’t have much regard for an individual’s symptoms or health history. It targets everything, and all at once.

While it’s true that all the foods on the Whole30 naughty list can cause inflammation or other health harms, that’s only the case for small subsets of the population, Fasano says. “For everyone else, cutting some of these foods will have no benefit.”

Removing some of these foods could even have unhealthy consequences. People suffering from fatigue, foggy thinking or some of the other ailments Whole30 claims to remedy may have underlying diseases or existing nutritional shortfalls that an unstructured elimination diet could worsen. Fasano mentions internal bleeding, joint or bone pain, vision issues and constipation as a few risks associated with nutrient shortfalls that could result from attempting the Whole30 plan without a doctor’s supervision. “Also, teenagers who try something like this during a crucial time for growth—that could be very dangerous,” he says.

Other experts agree. “This kind of plan is really for the walking well,” says Dr. Gerard Mullin, director of Johns Hopkins’s Celiac Disease Clinic. While healthy adults probably won’t have issues after 30 days of restrictive eating, someone with a preexisting condition could “crash” on this kind of plan, “meaning they become very weak or very sick,” he says.

This creates a paradox: If you’re healthy, there may be little reason to adopt the Whole30 diet in the first place. If you’re not healthy, the program could help—or it could make you feel worse.

“Cutting sweets and junk food out of the diet isn’t a bad thing, but grains and legumes can be beneficial for gut flora,” Mullin says. “Remove them, and you could shift your microbiome in an unfavorable sense.”

All that aside, the biggest reservation experts have about Whole30 is that the program is murky when it comes to how you should eat once those first 30 days are up. If you feel good, it’s unclear how or when you should start eating some of the foods you cut out. And if you continue to avoid those foods beyond the 30 days, there’s little guidance on how to structure your diet to avoid harmful nutritional shortfalls.

“There is no emphasis here on acquiring a full set of skills for healthy living,” Katz says. “So it's not even possible to know if the diet that results from this will be healthful.” In this way, he says much of the Whole30 plan is “standard 'go on a diet' salesmanship.”

“People are always looking for the Holy Grail diet that will fix all their problems,” Mullin adds. “But if you’re not a sugar junkie and you’re eating healthy, there’s no reason to be on this kind of specialized diet.”