The Strange Link Between Junk Food and Depression

Of our many modern diseases, one of the biggest burdens on society is an unexpected one: depression, according to the World Health Organization. And what we eat may be contributing, finds a new study published in the American Journal of Clinical Nutrition.

James E. Gangwisch, PhD, assistant professor at Columbia University in the department of psychiatry, wanted to find out whether foods with a higher glycemic index (GI)—a scale that ranks carbohydrate-containing foods by how much they raise your blood sugar—would be associated with greater odds of depression. “When I was a kid, I was almost like a candy junkie,” Gangwisch says. “I noticed for myself, if I eat a lot of sugar, it makes me feel down the next day.” Gangwisch says he stopped eating added sugar years ago but remained curious about whether a junk food diet could make people depressed.

He and a team of researchers looked at data from food questionnaires and a scale that measures symptoms of depressive disorders from postmenopausal women in the Women’s Health Initiative Observational Study. The data came from roughly 70,000 women, none of whom suffered from depression at the study’s start, who had baseline measurements taken between 1994 and 1998, and then again after a three-year follow-up.

Diets higher on the glycemic index, including those rich in refined grains and added sugar, were associated with greater odds of depression, the researchers found. But some aspects of diet had protective effects against developing depression, including fiber, whole grains, whole fruits, vegetables and lactose, a sugar that comes from dairy products and milk that sits low on the glycemic index.

Though the authors couldn’t pinpoint a mechanism from this study—it was associative—they note that one possibility is that the overconsumption of sugars and refined starches is a risk factor for inflammation and cardiovascular disease, both of which have been linked to the development of depression.This kind of diet could also lead insulin resistance, which has been linked to cognitive deficits similar to those found in people with major depression.

Further research is needed, Gangwisch says, and it’s not yet known whether the results would translate to a broader group of people, including men and younger women. But even now, diet may be worth discussing with people who suffer from depression, Gangwisch says—even though doing so may be difficult. “It’s hard enough to get the general public to avoid those kinds of foods, but it’s even harder to get someone who suffers from depression to avoid them and give them up,” he says. “You don’t want people to feel guilty either…to say, ‘Your diet’s bad and you should change it,’ would take kind of a soft sell approach.” Still, he believes the effort is worth it. “I think it’s important and I think it has a big effect on your mood and how you feel and your energy level,” he says. “If it’s something that people can change, they really would benefit from it.” 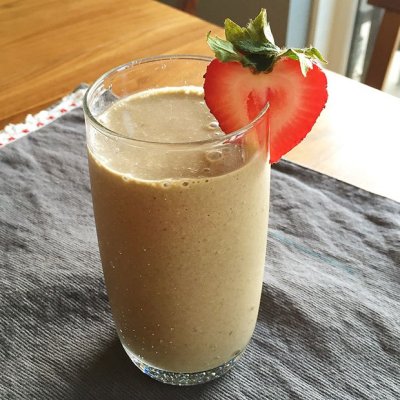