Here Are the Highest-Grossing Marvel Movies

Avengers: Endgame has surpassed Avatar’s record as the highest-grossing movie of all time. Marvel Studios re-released Endgame in theaters with several extra minutes of footage in July to boost this effort, bringing the movie’s total to $2.79 billion. James Cameron’s 2009 film Avatar raked in $2.788 billion.

Clearly, Endgame also claims the title of the highest-grossing movie in the Marvel Cinematic Universe (MCU). Endgame crushed the box office in its opening weekend, earning an unprecedented $356 million in North America and more than $1.2 billion worldwide. The film made more money in the box office in its debut weekend than any other movie in history, and its opening day was the highest grossing of all time.

Endgame is the seventh film in the Marvel Cinematic Universe to hit $1 billion worldwide. The last Marvel movie to reach that landmark was Captain Marvel. The Brie Larson fronted-film hit the box office with the sixth-highest grossing debut weekend worldwide, according to Comscore, also reaching the top 10 on this list. It has yet to be seen whether the latest entry in the MCU, Spider-Man: Far From Home, will reach the $1 billion mark.

Ranked in order of international grosses, from lowest the highest, here’s how much money each Marvel movie in the MCU made in the U.S. and worldwide, with data courtesy of Box Office Mojo.

The Incredible Hulk is considered by some to be one of the most disappointing Marvel movies, earning the second to worst reviews on Rotten Tomatoes of all MCU movies, and its box office numbers certainly do not disprove that point. Starring Edward Norton (rather than Mark Ruffalo, who took over the role in 2012’s The Avengers), the movie didn’t rank on the top 10 for its year’s releases, coming in at No. 17 domestically in 2008.

Steve Rogers (Chris Evans) makes his debut in Captain America: The First Avenger. Each of the two following Captain America installments outperformed the first, so this movie’s poor showing only served as a basis for the next two films, which performed much better in theaters: Each subsequent movie actually doubled the previous film’s gross.

Though Thor’s (Chris Hemsworth) origin story may not have done so well, it did beat the popular romantic comedy Bridesmaids in the box office when they both released in May of 2011. But the movie dipped in sales faster than Iron Man had, despite mostly positive reviews from critics. Like Ant-Man, the general public was not yet that interested in the character of Thor.

Ant-Man’s origin story turns Paul Rudd’s character from a criminal into a flying hero, but the movie itself didn’t soar in sales, probably due to the lack of name recognition of its titular character. However, like most Marvel movies, it was No. 1 in the weekly box office after its premiere.

The original Iron Man — the movie that spurred the universe — showed the world how well Marvel movies could really do in the box office. Despite its success, it was not the best performing film of its year, coming in at No. 2 on the 2008 domestic box office after The Dark Knight.

Ant-Man and the Wasp made history for being the first movie in the MCU with a female character in its title. Like Thor: The Dark World, it also ranked higher than its origin story, 2015’s Ant-Man. Paul Rudd continues his role as Scott Lang, whose Ant-Man powers actually belong to a suit that, when worn, gives him the abilities (and the size) of an ant. The Wasp, Rudd’s love interest Hope Van Dyne (Evangeline Lilly), joins him in an urgent mission to save her mother (Michelle Pfeiffer). Laurence Fishburne and Michael Douglas, in supporting roles as Dr. Bill Foster and Dr. Hank Pym, respectively, also give the movie a powerful dose of star power.

In the second Iron Man, Robert Downey Jr. reprises his role as Tony Stark/Iron Man. The movie didn’t do nearly as well as its prequel or sequel, but it did introduce Scarlett Johansson’s character, Natasha Romanoff, to the MCU. (Natasha doesn’t take on the Black Widow identity until The Avengers.)

Thor: The Dark World outperformed its prequel, domestically and worldwide. Of course, the next movie in the franchise really was the one to hit home when it came to worldwide interest in the mythical Thor, with 2017’s Ragnarok almost making this list’s top ten.

There is definitely a trend of origin stories making less at the box office than the ensemble films like this one, and Doctor Strange is no exception. But the origin story of Benedict Cumberbatch’s character set up other following MCU films, as Doctor Strange’s power and abilities play an increasingly important role in the franchise.

Captain America: The Winter Soldier outperformed its 2011 predecessor. But its highly successful sequel, Captain America: Civil War, surpassed its domestic gross in only five days at the box office, according to ScreenRant.

Guardians of the Galaxy broke records for having the best August release of all time in 2014 — and it was also that year’s highest-grossing film in the domestic box office. James Gunn’s film first introduces Peter Quill (Chris Pratt) and his band of alien heroes, which also includes Vin Diesel and Bradley Cooper voicing the computer-animated Groot and Rocket, respectively.

Ragnarok boosted Disney’s sales in 2017, along with the success of Guardians of the Galaxy Vol. 2 and the animated film Coco, helping the company to become the highest-grossing studio of the year. In the third solo outing, director Taika Waititi wisely encouraged Chris Hemsworth to embrace his funny side and poke fun at Thor’s historically Shakespearean-level seriousness.

The second installment of Guardians was released during the worst summer movie season in years, but it still succeeded on its own. The movie again stars Pratt as Peter Quill/Star-Lord and Zoe Saldana as Gamora, as Peter and Gamora both grapple with their respective fathers. The movie outdid its predecessor at the box office.

Tom Holland reprises his Civil War role as Peter Parker in his solo film, Spider-Man: Homecoming. The movie actually didn’t perform as well as 2002’s original iteration of the comic, Spider-Man (starring Toby Maguire), which earned $403,706,375 domestically — but it’s important to note that that movie, taking a different spin on the same comic book character, is not a part of the MCU.

Spider-Man: Far From Home opened in early July and is sure to move up the list as the summer goes on. Far From Home was the first movie to premiere after the earth-shaking events of Avengers: Endgame and drew curious audience members who wondered what happens to our younger crop of heroes. The sequel spent its first two weekends in theaters at #1 at the box office.

Captain Marvel soared in ticket sales to become the eighth-highest grossing Marvel movie of all time. The film broke boundaries with the first-ever female-led MCU film, and it also broke records at the box office. With its opening weekend, the film hit No. 6 on the worldwide opening chart, defeating Star Wars: The Last Jedi, which now takes No. 7.

The U.S. government’s resolution to place limitations on the power of the Avengers splits the team into two factions — one led by Captain America and one led by Iron Man — that fight against each other. Captain America: Civil War’s opening was the fifth-best North American box office opening of all time. But by the end of Civil War‘s theatrical run in May of 2016, though the film had earned millions, it had still earned less than Age of Ultron in the same number of days, according to Box Office Mojo.

Iron Man 3 had the second-highest opening in history at the time of its release in May of 2013. In the film, directed by Shane Black, Tony fights a villain called Mandarin, supported by his love interest Pepper Potts (Gwyneth Paltrow) and his right-hand man, Col. James Rhodes (Don Cheadle).

It’s no secret that the Oscar-nomianted Black Panther, which tells the story of King T’Challa (Chadwick Boseman) as he fights to save the sanctity of his technologically-advanced kingdom of Wakanda, was a success. It is the third highest-grossing film domestically of all time. Directed by Ryan Coogler, the film bridged the superhero genre with fantasy and drama—bolstered by the gorgeous music of a Ludwig Göransson score and Kendrick Lamar-produced soundtrack.

Age of Ultron actually ranks higher than Black Panther on the worldwide charts — in fact, it’s the eighth highest-grossing film worldwide of all time. In the sequel to 2012’s original Avengers, the team gets back together to stop Ultron — a program that was unintentionally created by Bruce Banner (Mark Ruffalo) and Tony — from destroying the world.

Directed by Joss Whedon, the first of the Avengers movies in the MCU was the highest-grossing film of 2012. The team comes together for the first time to defeat Thor’s brother Loki (Tom Hiddleston) under the guidance of Nick Fury. Compared to the vast number of heroes in Infinity War, the original team of Avengers was quite small, consisting only of Iron Man, Thor, Hulk and Captain America, along with Johansson as Black Widow and Jeremy Renner as Hawkeye.

Infinity War is the second highest-grossing superhero movie of all time. Josh Brolin’s performance as Thanos — the supervillain from another world who wants to kill 50% of the universe so that the survivors never have to worry about hunger, thirst and other basic human resources — shines again in his return to the role. In Infinity War, the Avengers (including Iron Man, Thor, Elizabeth Olsen as Scarlet Witch, the Hulk, Captain America, Black Widow and the many others, including Black Panther’s T’Challa) come together again to try and save the world from Thanos’ destruction.

Endgame begins where Infinity War left off, leaving the original crew Avengers crew to save the fifty percent of all life that was destroyed. The film, which decided the fate of many integral characters, began breaking records before it was released: Fandango announced that presales for the upcoming film sold five times the number of tickets that Avengers: Infinity War did over the same period in 2018. It went on to achieve the highest opening-weekend gross worldwide and become the highest grossing movie of all time. 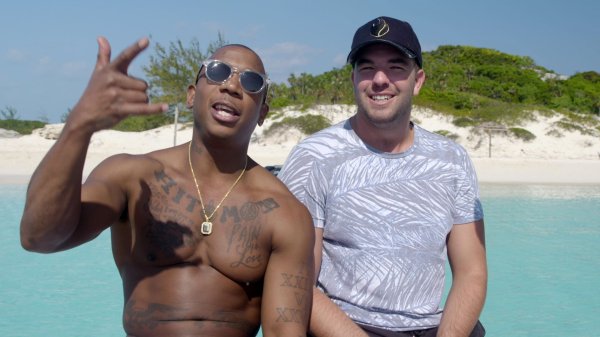 The 10 Best Spring Break Movies on Netflix to Stream Right Now
Next Up: Editor's Pick