Tony Leung Captivates in Shang-Chi. But His Favorite Film Is the One He Hasn’t Done Yet

You wouldn’t be able to tell from watching Shang-Chi and the Legend of the Ten Rings that Tony Leung took just two weeks to prepare for his fight scenes. In Marvel’s latest superhero film, the acclaimed Hong Kong star moves with ferocity and agility, swiftly dealing blows to his opponents in one artfully choreographed spar after the next. Leung had brought up hand-to-hand combat in an early meeting with director Destin Daniel Cretton. “I asked him, ‘Do I have to fight?’ He said, ‘No, you don’t have to fight, you have the rings so they would do all the CGI,’” Leung recalls. The corners of his eyes crinkle in a smile as he lifts up both forearms, where his character, Wenwu, would wear the 10 all-powerful bands that lend him supernatural strength and immortality.

It’s noon in Hong Kong as we speak over Zoom, a few days ahead of Shang-Chi’s theatrical release on Sept. 3. “It ended up that I had to do a lot of fight scenes,” Leung says. “Luckily, I did a lot of action movies before in my acting career, so it was not too difficult.”

It takes just a quick glance at Leung’s extensive portfolio, spanning four decades, to see what he’s talking about. Take Hard Boiled, the 1992 Hong Kong film in which Leung plays an undercover cop battling in a hospital shootout with explosions galore. Or Hero, the Chinese wuxia movie released 10 years later, in which he stars as an assassin dueling in acrobatic sword fights. There’s also the 2013 drama The Grandmaster, featuring Leung as the renowned martial artist Ip Man simultaneously facing 10, maybe 20 men in physical combat.

The key distinction with his latest action film is that it marks the 59-year-old actor’s Hollywood debut. In Shang-Chi, Leung’s Wenwu is the leader of the terrorist group Ten Rings and the estranged father of the eponymous superhero (Simu Liu). The movie, which shattered Labor Day weekend records and grossed more than $94 million across its four-day opening despite the persistence of the Delta variant, follows the titular character as he faces off against his father and the 10 rings.

Wenwu is not a typical antagonist, and his layered story is part of what drew Leung to the role. “I think Marvel is trying to take a different approach with this supervillain,” he says in an interview conducted partially in English and partially in Cantonese with the assistance of a translator. “They want to explore the human side, not the evil side of this character.” Stricken with grief after the death of his wife Jiang Li (Fala Chen), Wenwu is bent on restoring unity to his family by any means. He is undoubtedly the main force of opposition to Shang-Chi’s endeavors—but he’s also a tormented dad just trying to do the right thing.

In some ways, it’s not surprising that Leung selected this multifaceted character to be his first Hollywood performance. In a 2000 interview, TIME asked the veteran actor if he received movie offers following his Best Actor win for Hong Kong director Wong Kar-wai’s In the Mood for Love at the Cannes Film Festival earlier that year. “I’ve had some from the U.S. and some from Europe. But the characters on offer are very restrictive and I don’t see why they have to be,” Leung said. “That’s why I prefer to work in Asia. You get more space to act, more roles.”

A household name in Asia, Tony Leung Chiu-wai starred in a number of Hong Kong television serials in the 1980s before regularly playing lead roles on the big screen. Leung is perhaps best known for his performances in Wong’s films, including playing a lovesick police officer who slowly opens his heart again in Chungking Express (1994) and an enamored journalist who reins in his romantic feelings in In the Mood for Love. Beyond those collaborations, Leung has left an indelible mark in Asian cinema through roles like a death-mute photographer in Hou Hsiao-hsien’s 1989 Taiwanese drama A City of Sadness, an undercover agent in Andrew Lau and Alan Mak’s 2002 Hong Kong crime thriller Infernal Affairs—later remade into the Oscar-winning The Departed—and a high-ranking official who is the target of an assassination plot in Ang Lee’s 2007 Lust, Caution. At home in a number of genres, Leung adds depth to his characters through the subtlest changes in his facial expressions. It’s partly why he’s widely regarded as the actor with “eyes that can speak” in Asia. “Every look he gives contains a thousand stories,” Accented Cinema puts it in a recent video essay.

Maggie Cheung and Tony Leung in In The Mood For Love, 2000.
Miramax/Everett

Leung says that one emotion in particular was key to his portrayal of Wenwu. “Anger would be the biggest message through his eyes,” he explains. But it’s not uninhibited rage that viewers see in the eyes of Wenwu. It’s a quiet fury rooted in pain. “From his life experiences, he’s gone through so much and he really became the narcissist that he is,” Leung says. Though Wenwu lived a thousand years thanks to the power of the rings, the actor says the character never experienced love before meeting Li—who would become the mother of Shang-Chi and his younger sister Xialing (Meng’er Zhang). “Finally meeting Li, that would really bring out the romance that was unheard of for the character,” he says.

As for the character’s relationships with his children, there is a marked contrast between Wenwu’s interactions with Shang-Chi and Xialing. “I definitely feel the traditional legacy passed towards the son,” Leung says. “In Mandarin, we would say zhong nan qing nü (重男輕女), that’s the kind of dynamic that they have in the family.” The Chinese idiom refers to a gender bias that promotes a patriarchal worldview. In the film, Wenwu’s attention is largely focused on the titular character while Xialing remains in the background—until she boldly steps into the spotlight herself and joins the family tradition of martial arts.

Read more: Shang-Chi and the Legend of the Ten Rings Made Me Feel Seen Like No Other Hollywood Blockbuster Has

The fight choreography for Marvel’s first Asian-led superhero film is based on martial arts. Leung says one particular action sequence was reminiscent of his past projects. “My first scene is fighting in the bamboo forest,” he says, referencing the dance-like duel between Wenwu and Li in the pair’s first encounter. “It reminds me of my early movies in my acting career, the costume movies,” Leung adds.

In Mandarin, the term gu zhuang (古裝) refers to period costumes that actors wear in historical films and series. Leung has starred in a number of these projects, including playing a near-blind swordsman in Wong’s 1994 film Ashes of Time, which co-starred his wife, actor Carina Lau. The movie, along with many earlier TV shows Leung appeared in such as The Duke of Mount Deer (1984) and New Heavenly Sword and Dragon Sabre (1986), were adapted from or inspired by Louis Cha’s wuxia novels. Cha, also known by his pen name Jin Yong, was influential in shaping this genre of Chinese fiction featuring martial artists with superhuman abilities.

It’s no coincidence that the element of fantasy signature to wuxia sequences is reflected in much of Shang-Chi’s action choreography, from Wenwu’s face-off in the bamboo forest to hand-to-hand combat elsewhere. In an interview with Empire, Cretton said that in addition to drawing inspiration from Jackie Chan, the film’s choreographers created “beautiful wuxia-style fight scenes.” Liu has also spoken of how the movie incorporates multiple styles of martial arts. “Tai chi, which is very, very flowy,” he said in a Marvel featurette, and wing chun, which he calls “more combative,” as well as a range of regional styles.

Wenwu’s fighting style also incorporated many influences. Leung says that, on set, he suggested a combination of martial arts types for his character. “It’s like MMA [mixed martial arts,]” Leung explains. “[Wenwu] has had a long history of life experience so I felt like this character deserves variations of different kinds of martial arts.”

What success means to Leung

For Leung, it’s fate that brought the actor to the Marvel Cinematic Universe and, more broadly, Hollywood. Asked about his thoughts on building a career in Hollywood, he says, “I believe in destiny.” He explains: “You can’t force things to happen. If it happens in Hollywood, great. But then at the same time, leave it up to destiny to see what happens next.”

Tony Leung in Shang-Chi and the Legend of the Ten Rings, 2021.
Courtesy Marvel Studios

Despite Leung’s dozens of award nominations and wins in Hong Kong and reputation as a legendary performer in Asian cinema, his mindset as a perfectionist is clear as we close our video call on the note of success. “I never really consider myself as successful because I always look back and think that there must be something that I could do better,” Leung says.

“When people ask me what’s my favorite film, I’ll say, ‘The next one,’ because I always say that there’s room for improvement.” 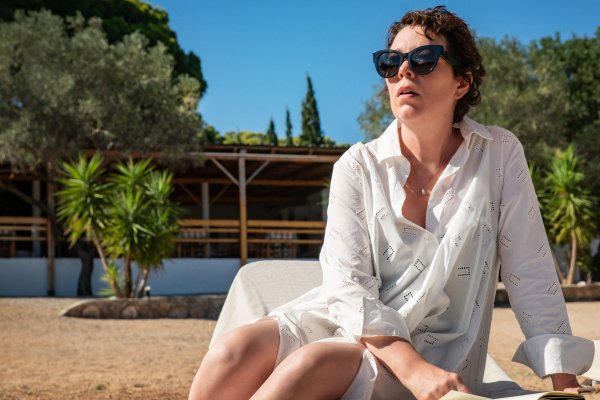