The Future of Spider-Man After No Way Home

This story contains spoilers for Spider-Man: No Way Home

Spider-Man: No Way Home isn’t just the last chapter in a trilogy. It’s a soft reboot for Marvel’s most popular superhero.

By the end of the movie, Tom Holland‘s Peter Parker has not only lost his Aunt May but he has chosen to erase the memories of every single one of his remaining friends. He evolves from a wide-eyed whipper-snapper who relied on the help of mentors like Iron Man and Doctor Strange into a loner who understands that “with great power comes great responsibility.”

If the first two entries in the Homecoming trilogy featured a Disney-fied version of Spider-Man, the final installment harkens back to the Tobey Maguire and Andrew Garfield Spider-Man films that Sony made in the ‘00s and ‘10s. Any future Spider-Man movies starring Holland will likely adopt this more serious tone.

The memory-wiping plotline also happens to serve Sony’s corporate mandate. For years, Sony and Disney have been co-producing the Holland Spider-Man films, and the character has been fully integrated into the Marvel Cinematic Universe (MCU). But now Sony is developing its own superhero universe centered on Spidey just as, conveniently, all of Peter’s MCU buddies forget his secret identity.

Here’s everything you need to know about the end of Spider-Man: No Way Home and what it means for the future of Spider-Man and his tangled web of franchises.

What happens at the end of Spider-Man: No Way Home?

At the end of the last Spider-Man movie, Far From Home, the villain Mysterio revealed Spider-Man’s secret identity, effectively blowing up Peter’s life. Everyone is suspicious of Peter and his friends by association.

Peter asks Doctor Strange to cast a spell that will make everyone forget that Peter Parker is Spider-Man, and for reasons surpassing understanding, the wildly irresponsible wizard consents to do so. But mid-incantation, Peter begins to change the parameters of his wish: He would like MJ to remember him, and aunt May…and his friend Ned, too. The spell misfires and Doctor Strange accidentally opens up portals between parallel universes.

A handful of villains from older Spider-Man franchises—the ones starring Tobey Maguire and Andrew Garfield before Tom Holland took over the role—cross over from their worlds to fight Holland’s Peter Parker. It’s Peter’s job to send them back, though once he realizes that all the baddies are fated to die fighting the other Spider-Men, he wonders if there isn’t a kinder, more ethical way to deal with these men, each of whom suffers from some mental or physical ailment. (What an admirably empathetic, Gen Z approach to battling bad guys!)

Of course, no good deed goes unpunished, and the Green Goblin escapes and kills Aunt May. In her dying moments, Aunt May utters the famous words that have yet to have been spoken aloud in this particular iteration of the Spidey story: “With great power comes great responsibility.”

Peter is racked with guilt and desperate to kill the Green Goblin. But this is a Spider-Man story, not an Avengers story, and unlike his fellow superheroes, Spider-Man is fueled by hope, not vengeance. Luckily, Maguire and Garfields’ Peters cross into Holland’s dimension too and counsel Peter on the importance of empathy. They then help the young Spidey catch and cure each of the villains.

But even as they send the old baddies back to their worlds, the multiverse continues to fracture. The only solution? Everyone in the universe needs to forget Peter Parker. Doctor Strange agrees to cast the spell, and Peter says his goodbyes to MJ and Ned.

Peter approaches MJ later to tell her who he is but decides against it so she can go start a new life in Boston as a college student at MIT. He rents out a midtown apartment, dons a homespun Spider-Man costume and begins a lonely life of fighting crime and trying to make rent.

Frankly, I have lingering questions. Why did everyone need to forget who Peter Parker is rather than just forget that Peter Parker is Spider-Man? Why change the parameters of the spell? How does the spell even functionally work when Peter still has an entire semester of high school left? MJ and Ned go to school with him—would everyone just think he’s a new kid who appeared out of nowhere? Did the spell apply to all the Peter Parkers? Did Tobey Maguire’s Peter Parker return home to Kirsten Dunst’s MJ only for her to not recognize him?

These issues are largely unimportant since the memory-wiping plot functions as a bridge into a new trilogy. Now, we get to watch an older Peter try to navigate his early 20s with new friends and foes.

Why did Sony want a soft reboot of Spider-Man?

Stranding Spider-Man in that sad apartment, without friends or family, may seem like a rather grim fate for Holland’s Peter Parker, but for Sony—which has always preferred its Spider-Men a little more tortured—it’s a return to form.

When Disney teamed up with Sony to produce the Holland movies and integrate the character into the Marvel Cinematic Universe, the studios Disney-fied Peter Parker. He was younger, cheerier and more naive than his predecessors. He benefited from Iron Man’s mentorship, not to mention the billionaire’s pocketbook. He had a cohort of friends and fellow Avengers who knew his secret identity and helped him navigate the chaos of balancing crime-fighting and homework.

For many fans, the true Spider-Man is broke and overwhelmed by his obligations. He’s also rather lonely since every time he reveals his secret identity to someone that person winds up in grave danger. Those financial and emotional challenges make Peter inventive, resourceful, compassionate and—this is key—relatable.

When Holland’s Spider-Man suffers in this movie, he learns the lessons superheroes (and Jedis and Hobbits and Jon Snows) need to learn to become the heroes they need to be. This film gets chaotic as films involving the multiverse are wont to do. But by the end Peter’s path forward is clear, open and full of possibility. The eager schoolboy has finally developed into a mature and slightly more melancholy character, akin to the Peters who came before.

Parker’s isolation also happens to be a handy plot device. Sony now has the option to produce future Spider-Man films without Disney without having to explain why characters that Disney owns like Captain Marvel or Ant-Man aren’t stopping by to check on Peter.

What’s the future of Spider-Man in Sony’s Spider-verse and Disney’s MCU?

Spider-Man, after all, needs to serve as the lynchpin to Sony’s burgeoning Spider-verse, which includes movies like Venom and other upcoming projects centered on Spider-Man villains, like Morbius and Kraven the Hunter. Whether Holland will star in these movies and swing back and forth between the MCU and Spider universe still seems to be up in the air.

And Sony’s ambitions to create its own superhero franchise won’t necessarily preclude Sony and Disney from future team-ups: If they wanted to eventually re-introduce Holland’s Spidey into a new Avengers team, all they would have to do is conjure up some spell that would remind all the Avengers that, hey, that kid from Queens is a superhero.

Sony and Disney have long squabbled over the rights to Peter, arguably the most popular superhero in cinema. The two studios nearly scuttled No Way Home when they couldn’t reach a deal to co-produce the movie a few years ago. As of now, it does look like they will work together again. Disney producers have said Sony and Disney have worked out a tit-for-tat policy, and that Holland is obligated to appear in at least one more MCU movie since Disney leant Sony Benedict Cumberbatch’s Doctor Strange for No Way Home.

Producer and former Sony executive Amy Pascal recently said they plan to carry on with the partnership. “This is not the last movie that we are going to make with Marvel,” she told Fandango. “We are getting ready to make the next Spider-Man movie with Tom Holland and Marvel. We’re thinking of this as three films, and now we’re going to go onto the next three. This is not the lat of our MCU movies.”

But Holland has been more circumspect about whether he’ll return to the role. “I think if we were lucky enough to dive into these characters again, you’d be seeing a very different version. It would no longer be the Homecoming trilogy,” he told Entertainment Weekly. “We would give it some time and try to build something different and tonally change the films. Whether that happens or not, I don’t know. But we were definitely treating No Way Home like it was coming to an end, and it felt like it.”

Where does the MCU go without Spider-Man?

Whatever Holland decides, it’s safe to say we probably won’t see a new Spider-Man appearance in the MCU for at least a few years. Where does that leave Marvel? Not in a great spot.

The studio is still on a come-down after the highs of Avengers: Infinity War and Avengers: Endgame, and most of the movies they’ve released since have gotten tepid reviews. After losing marquee characters like Captain America, Iron Man, Black Widow and (for very different and tragic reasons) Black Panther, there are few familiar faces to root for. We still have Captain Marvel, Ant-Man and Doctor Strange, though all of their movies tend to rank low on most critics’ “best of” lists and none of those characters have quite captured the hearts of audiences as, say, Steve Rogers or T’Challa. And now the studio appears to have lost Spider-Man, too, at least for a time.

Marvel is working to build up sidekicks into heroes in their own right on Disney+: Falcon and the Winter Soldier, Wanda and Vision, Hawkeye and Loki have all starred in their own series this year, many of which have proven diverting but not must-watch television. Characters like Wanda, Hawkeye and Falcon never really got enough screentime in the Avengers movies to make much of an impression, and it’s unclear whether the casual Marvel fan will feel the need to tune into their TV shows to learn how these characters evolve before they return to the big screen.

Given how few fan favorite characters remain active in the MCU it’s unclear why Loki, a genuine fan favorite, is also toiling on the streaming service when he should be headlining his own movie. His brother Thor will return to the silver screen next year in Thor: Love and Thunder, but as a supporting player to Natalie Portman’s Jane, who now wields Thor’s hammer. While that’s an exciting development, Jane hasn’t been well served by the Thor series thus far, so director Taika Waititi has his work cut out for him making up from past Marvel missteps.

Meanwhile the studio is slowly trying to build a cadre of new superheroes, from Shang-Chi to the Eternals, with mixed results. (We will surely see Shang-Chi again, as he was a critical and box office hit, but the Eternals’ fate is up for debate after director Chloe Zhao took the franchise in an ambitious but distinctly un-Marvel direction, for better or worse, puzzling many critics and fans.)

The most promising new characters in this new universe are played by two of the most promising young talents in Hollywood, Florence Pugh, who made her debut as the new Black Widow in Black Widow and Hailee Steinfeld, who is currently upstaging Jeremy Renner as Hawkeye’s mentor in the Hawkeye TV series. It would behoove Marvel to get these two women into their own movie as quickly as possible. 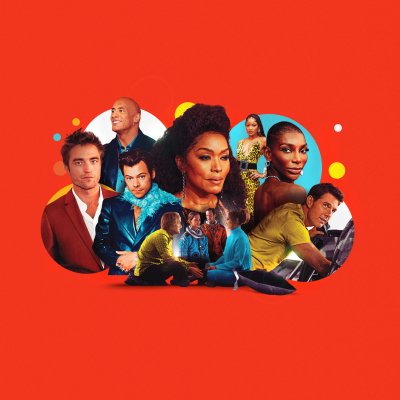 The 58 Most Anticipated Movies of 2022
Next Up: Editor's Pick