Turns Out Avengers: Age of Ultron Had Major Endgame Spoilers All Along

Avengers: Age of Ultron isn’t exactly the most memorable movie in the Marvel Cinematic Universe. So you would be forgiven for forgetting the plot details of that particular Avengers sequel. But perhaps you have some vague memory of Scarlet Witch using her powers to show several of the Avengers visions, with Thor, Captain America, Iron Man and Black Widow all seeing nightmarish scenes. (Scarlet Witch does not manipulate Hawkeye, and though she does mess with Hulk’s mind, audiences never see his vision.)

It turns out those visions were pretty good indicators of what was to come: Each of the superhero’s visions has come true by the end of Avengers: Endgame. Here is each character’s vision and how some version of it came to pass.

In Age of Ultron, Thor (Chris Hemsworth) watches as many of his fellow Asgardians die. Heimdall (Idris Elba) tells Thor during the vision that “we are all dead” and that the God of Thunder “is a destroyer” who will “lead his people to hell.”

In a way this is true: Thor fights Hela (Cate Blanchett), the Goddess of Death, in Thor: Ragnarok. She rules over hell, and her name even sounds like hell. In that movie, Thor decides to sacrifice Asgard to her, while escaping with its people. So yes, he literally does destroy Asgard by surrendering it to a woman who represents death.

But Thor also fails to save many Asgardians from Thanos (Josh Brolin), who boards Thor’s escape ship and kills Heimdall and others in Avengers: Infinity War. During Endgame, Thor says that he blames himself for failing to stop so many deaths, as if he killed his fellow Asgardians himself.

Steve Rogers (Chris Evans) imagines himself back in time, at the end of World War II, dancing with his old flame, Peggy Carter (Hayley Atwell). Peggy tells Steve that the war is over now, and they can go home.

At the time, fans assumed that Scarlet Witch (Elizabeth Olsen) was showing Steve the life he could have had. But in Avengers: Endgame, Steve does achieve that life. He travels back in time and lives a quiet, happy life with Peggy. Avengers: Endgame movie ends with Steve and Peggy dancing cheek-to-cheek in their house — the same way they were dancing in Captain America’s vision from Ultron.

Tony Stark (Robert Downy Jr.) initially thinks he’s having a flashback to the Battle of New York in the Avengers when he sees the aliens that Loki (Tom Hiddleston) used to help him invade Earth. He also sees Black Widow, Thor and Captain America — his shield broken in pieces — lying on the ground.

The camera pulls back and we see that the heroes are lying on a planet or asteroid as aliens head toward Earth. Tony goes to check Cap’s pulse, and Cap wakes up. He asks Tony why he didn’t do more to save them.

At first the vision seems like Tony’s post-Battle of New York PTSD at work. But in fact, his vision is of possible future events. Remember, in Avengers: Infinity War, Doctor Strange looks at millions of possible futures. Perhaps Tony is seeing some of those.

Tony loses the fight against Thanos on a foreign planet at the end of Infinity War, and Thanos escapes to Earth, much like in Tony’s vision.

The vision could also be of a version of the Avengers’ fight against Thanos at the end of Endgame. Thanos also uses the same aliens to invade Earth in Endgame that Loki used in Avengers. And Captain America’s shield does, indeed, break during that fight with Thanos on Earth.

In this version of events, Tony does not sacrifice himself to save the world, so his friends die. Maybe that’s how Tony knew that he had to die in order to save everyone at the end of Endgame.

Black Widow (Scarlet Johansson) doesn’t see a version of the future, but rather her past. She sees herself in what appears to be a ballet school, but is actually a training program for assassins in Russia.

In a way, though, this will be Black Widow’s future. Black Widow dies halfway through Avengers: Endgame, sacrificing herself in order to attain the Soul Stone for the Avengers. But Marvel has announced that a Black Widow prequel movie is coming to the big screen, and Black Widow’s past as a Russian spy will likely be a part of that story. 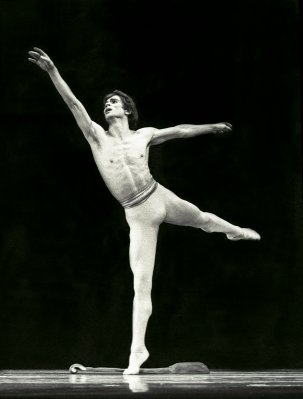