Everything You Need to Know Before Watching Hawkeye on Disney+

Marvel’s small screen experiment has produced some of the most talked-about shows of the year, from WandaVision to Loki. Their fifth and final Marvel Cinematic Universe show of 2021, Hawkeye, is set to debut on November 24 on Disney+.

The arrow-slinging superhero, played for the last decade by Jeremy Renner, could be a strong character for a TV series. Hawkeye doesn’t have any superpowers. He’s a street-level hero. He protects neighborhoods, not entire planets. The central question of the show seems to be, “Will Hawkeye make it home for Christmas?”

The small scale premise is promising. Some of the Marvel shows have faltered when they try to grow too large in scope, stuffing in too many connections to the movies and staging too many CGI battles. Loki, the most highly-lauded MCU show so far, wisely centered its climactic moment on a conversation between the villain and the hero, rather than a space battle that would have looked a bit lame compared to the ones on the big screen. Hawkeye certainly won’t pull punches: The trailer pays homage to Die Hard, Kiss Kiss Bang Bang and a long lineage of action movies set during the holiday season. But the fights are smaller and the stakes lower.

That’s not to say that Hawkeye will be totally divorced from the rest of the MCU. The show will introduce a major player in the next phase of this cinematic universe, Kate Barton, played by Hailee Steinfeld. In the Fraction comics, Kate becomes Clint’s protege before eventually taking on the Hawkeye mantle herself. Florence Pugh—who plays Yelena, the heir apparent to the Black Widow title—is also set to star in at least six episodes of the series.

Here’s everything you need to know about the characters and plot of Hawkeye before you stream the series.

Before officially becoming an Avenger, Clint Barton was an Agent of S.H.I.E.L.D. and helped Natasha Romanoff (a.k.a. Black Widow, as played by Scarlett Johansson) escape Russia and become an American spy.

During Avengers, Loki (Tom Hiddleston) brainwashes Hawkeye. Though embarrassing for Clint, by the end of the movie, he’s back to his old self and helps the Avengers take down hundreds of aliens in the Battle of New York. In Avengers 2, we learn that Hawkeye has a wife and three kids living in the Midwest. In Captain America: Civil War, Hawkeye teams with Captain America in his fight against Iron Man. Hawkeye takes a plea deal and is placed under house arrest by the U.S. government (hence why Renner is conspicuously missing from Avengers: Infinity War).

Hawkeye, who wants to retire anyway to spend more time with his family, is fine with the situation. But things get really dark for the superhero in Avengers: Endgame, after Thanos snaps his fingers and makes half of all life in the universe disappear in the “blip,” including Clint’s entire family. Over the next several years, Clint travels the world under the name Ronin, taking out mobsters and cartels, trying to find a somewhat virtuous if murderous release for his anger. Black Widow finds him in Endgame and convinced him to help the Avengers find a way to bring all the blipped people back. The Avengers figure out they need to travel back in time to retrieve the Infinity Stones in order to defeat Thanos.

During the time travel heist, Black Widow and Hawkeye team up to travel to the planet Vormir to retrieve the Soul Stone. Once they arrive, the Red Skull tells them that one of them must die to retrieve the stone. The two both attempt to kill themselves, but finally Black Widow wins out. She sacrifices herself and saves Clint, who returns to earth with the Soul Stone. And the Avengers defeat Thanos (though, notably, do not take the time afterwards to have a funeral for Natasha, which feels very rude).

Yelena will play a major role in the series

In the end-credits scene for Black Widow, Natasha’s little sister Yelena visits Natasha’s grave. There, a villain named Valentina Allegra de Fontaine (Julia Louis Dreyfus), tells Yelena that Clint is the one responsible for Natasha’s death—which is technically true. Val wants Yelena to kill Hawkeye for unstated but no doubt evil reasons, and the movie hints that Yelena will show up in Hawkeye to exact revenge on Clint.

According to IMDb, Pugh will appear in at least six episodes of Hawkeye, which suggests she will be a major villain or ally in the series, not just a cameo.

Read More: How the Black Widow End-Credits Scene Sets Up Marvel’s Next Hero and Villain

The MCU often draws inspiration from specific comic books. Hawkeye the TV show looks like it will hew closely to writer Matt Fraction and artist David Aja’s beloved Hawkeye run in the comics. The show and comic series even share the same logo.

Fraction’s stories follow Hawkeye when he isn’t fighting alongside the Avengers. His Clint Barton lives in Brooklyn and eventually becomes a landlord of a walkup. Usually injured from being thrown out of a building or being punched the face, Clint spends much of his time fighting tracksuit-clad street level thugs who use the term “bro” constantly.

Getting old at this point, and realizing he’ll need to pass the bow on to a successor, Clint offers to mentor Kate Bishop, the daughter of rich media moguls trained in archery and fencing who had already started fighting crime under the Hawkeye name after the Avengers disbanded in the comics.

Obviously, the miniseries can’t exactly align with the comic: The movie version of Clint is not single in Brooklyn; he has a wife and three kids. Still, the trailer nods to many of the comic’s specific moments. Clint discovers that a young woman named Kate Bishop is using his identity to fight crime (though in this case, Kate has taken the name Ronin, not the name Hawkeye) and decides to help her. They seem to get quite beat up and use frozen margarita mix as ice packs. They fight guys in track suits driving a truck for the “Ask a Bro” moving company. The show even replicates an exact chase scene in the book during which Clint instructs Kate on which arrows are safe to shoot at other cars and which are dangerous.

The trailer also shows Clint wearing a hearing aid, as he does in the comics when his body begins to wear thin from all the fighting. We don’t yet know if or how he’ll begin to lose his hearing in the MCU.

The fan favorite character of the series will likely be Lucky the Pizza Dog, so named because he of his love for pizza. In the comics, Clint rescued an abused, one-eyed dog from the clutches of Russian mobsters. There’s even an issue of the comics told entirely from Lucky’s perspective.

The MCU has had very few pets so far, aside from Captain Marvel’s alien cat. There’s not much else to say except that Lucky is the best dog a superhero could ask for, and it’s delightful that he’s decked out in Christmas gear in this trailer.

Kate Bishop plays a major role in the Young Avengers

The Kate Bishop of Fraction’s comic led a team called the Young Avengers. The MCU seems to be setting up a Young Avengers show or movie: Every project in the MCU’s Phase 4 (post-Thanos) has introduced a member of that potential team.

WandaVision introduced Vision and Wanda’s twin boys, Tommy and Billy. Though they were too young to becomes superheroes in their own right when Wanda made them disappear at the end of that show, we know they have the (terrifying) ability to quickly age if they so choose. We also know that Wanda is studying magic to try to bring back her family. In the comics, Tommy and Billy do eventually return as teens, join the Young Avengers and adopt the names Speed and Wiccan.

In Falcon and the Winter Soldier, we meet Eli Bradley, the grandson of Isaiah Bradley. Isaiah Bradley, like Captain America, was given the supersoldier serum. Unlike Captain America, he was thrown in prison for rescuing his friends from an enemy camp, and experimented upon. Eli eventually becomes a superhero himself, operating under the name Patriot.

Nathasha Romanoff’s little sister, Yelena, made her onscreen debut in Black Widow. The after-credits scene for that movie hinted that Yelena would show up in Hawkeye and try to hunt down Clint Barton, the man she blames for Natasha’s death. Whether she and Kate Barton become friends or foes, she’s likely to play some role in a new team of young superheroes.

Kid Loki from Loki also played a pivotal role in one iternation of the Young Avengers comic, and it’s probable that Loki variant would show up in a Young Avengers show or film.

And we still have several Young Avengers candidates to come: Cassie Lang, who we met in the Ant-Man movies and aged up from kid to teen while Scott Lang was missing during the blip, eventually takes the name Stature in the comics. The first Ant-Man movie adorably set up that Cassie aspires to be her dad’s sidekick. Now that she’s actually old enough to do so, it’s possible the next Ant-Man the Wasp movie will position her to be a superhero.

Marvel has confirmed that America Chavez (a.k.a. Ms. America) will make her onscreen debut in Doctor Strange and the Multiverse of Madness. Kamala Khan, known as Miss Marvel, is getting her own Disney+ TV show and will star alongside Captain Marvel in The Marvels. Riri Williams will also get her own TV series as Ironman’s successor, Iron Heart.

There’s also the possibility that Kate Bishop won’t be a young Avenger but just an Avenger, alongside Yelena. Practically speaking, Hailee Steinfeld and Florence Pugh are already quite famous for projects like Edge of Seventeen, True Grit and Dickinson (Steinfeld) and Little Women, Midsommar and Black Widow (Pugh). If Marvel Studios is looking to hang the burden of the world’s biggest film franchise on two young superstars, Steinfeld and Pugh would be at the top of their list. 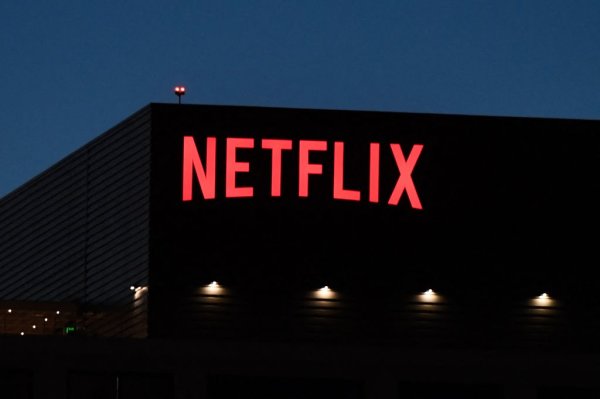 Netflix to Release Weekly Lists of Its Most-Watched Programs
Next Up: Editor's Pick