Just because there’s no longer any downtime on the TV calendar, doesn’t mean that what we used to think of as fall premiere season is any less crowded than it ever was. Indeed, as broadcasters unveil new primetime slates following a year plagued by pandemic shutdowns, streamers from Netflix to Paramount+ are upping their promotional games to hold the ground they gained during that time. Meanwhile, September brought an overwhelming bounty of new shows—including plenty of frustratingly flawed prestige projects (American Crime Story: Impeachment, Foundation, Y: The Last Man, Scenes From a Marriage) that are nonetheless worth watching if you’re into the genre or topic. Although networks have more or less canceled the sitcom, ABC’s The Wonder Years reboot shows promise despite a somewhat heavy-handed pilot. And Fox rolled two extremely watchable new dramas, The Big Leap and Our Kind of People. Netflix’s Billy Milligan doc Monsters Inside and the buzzy Amazon series LuLaRich vied for true-crime eyeballs.

In the end, only one of my five favorite September shows would’ve turned up on my most-anticipated list for September: Midnight Mass, the latest and greatest of Mike Flanagan’s annual horror extravaganzas. The rest were surprises—a hit Korean thriller, a morbid cartoon, one emotional docuseries about a queer family and another about anti-Black racism in the UK. For more recommendations, read about the shows I enjoyed most last month and during the first half of 2021.

Is it even Halloween anymore if Netflix isn’t unveiling a hot new horror series from Mike Flanagan? Over the past few autumns, the writer-director behind the Stephen King movies Gerald’s Game and Doctor Sleep has contributed to TV’s small but growing horror canon with hit reimaginings of Shirley Jackson’s The Haunting of Hill House and Henry James’ The Turn of the Screw (rebranded as The Haunting of Bly Manor). This year’s offering, Midnight Mass, is an original story from Flanagan—one that has been on his mind for over a decade and centers on topics, like sobriety and the Catholic Church, to which he has an intense personal connection. [Read TIME’s full review.]

In 1979, Robin Young and Sandy Russo fell in love at first sight, moved in together and embarked on a romance that’s still going strong. All that was missing were the children they longed for but assumed that they, as a lesbian couple, could never have. Then a friend passed them a guide to DIY artificial insemination. Russo got pregnant with baby Cade; Young carried their second daughter, Ry. While the girls grew up knowing their respective sperm donors—both gay acquaintances of their mothers—the men ceded all parental rights as part of the original bargain and only occasionally saw their genetic offspring, mostly during vacations. But by the time Ry was 9, the relationship between her donor, Tom Steel, and her moms had soured. Faced with the prospect of losing contact with a child to whom he’d grown attached, Steel filed a paternity suit.

The four-year legal battle that ensued raised questions—about gay parenthood specifically, but more broadly about whether it’s genetic material or love, care and intention that truly make a family—that were just starting enter the mainstream conversation in the early ’90s. While the three-part docuseries Nuclear Family benefits greatly from 30 years’ worth of perspective on the family’s ordeal, what really makes it unforgettable is the person sitting in the director’s chair: Ry Russo-Young. From the intimacy she captures between her doting mothers to the rhetorical force of a filmmaker confronting the adults involved in the trial to ask why they made the decisions they did about her vulnerable, young life, she infuses emotion into every scene. And while her affection for her moms is unmistakable, Russo-Young extends empathy and provides nuance to characters on all sides of this bittersweet story. [Read TIME’s interview with the Russo-Young family.]

Though it arrived with little stateside fanfare, Korean thriller Squid Game quickly (and no doubt with the aid of the service’s all-powerful recommendations algorithm) unseated heaps of English-language content to become Netflix’s single most-streamed title in the U.S. after less than a week on the site. What’s so special about it? Much of the appeal is inherent in the premise: Seong Gi-hun (Lee Jung-jae), a hapless, debt-ridden gambler with an ailing elderly mother and a 10-year-old daughter he seldom sees, finds himself among hundreds of similarly desperate souls enlisted for a mysterious, high-stakes competition. After being transported by an army of masked, uniformed minions to the undisclosed, underground location where they are to reside for the duration of the contest, the participants are subjected to a series of five games that they might remember from the elementary-school playground, like Red Light, Green Light. Except this time, each win brings Gi-hun and his rivals closer to a cash prize equivalent to tens of millions of dollars—and elimination means instant death.

From The Most Dangerous Game and Battle Royale to The Hunt and The Hunger Games, the market for narratives that transform anxiety about inequality into blood-streaked death games springs disturbingly eternal. And for viewers whose first exposure to South Korean entertainment came via Bong Joon Ho, Squid Game offers a combination of dark humor, baroque violence and class satire similar to the one that made Snowpiercer and especially Parasite global sensations. It’s also simply a twisty, fast-paced, action-packed show whose episodes end in killer cliffhangers—in other words, the ultimate binge bait.

Teenage Euthanasia sounds like an ’80s hardcore band, but it’s actually something even better: an Adult Swim cartoon, about a partially undead family that owns a Florida funeral home, created by author and Made for Love creator Alissa Nutting and At Home With Amy Sedaris executive producer Alyson Levy. The darker-than-black-velvet comedy’s eponymous hero, Euthanasia “Annie” Fantasy (voiced by Jo Firestone), is an awkward high schooler who lives with her immigrant grandmother Baba (Bebe Neuwirth doing a Natasha Fatale accent) and slacker Uncle Pete (Tim Robinson, of I Think You Should Leave fame) because her her mother Trophy (Maria Bamford) abandoned her as a teen mom. In the first of many surreal twists, Trophy finally returns home—but in a coffin—and is miraculously reanimated on Baba’s embalming table. Her gross, undead superpower: she can weaponize the swarms of beetles that live between her legs.

On top of the first-rate talent involved, the show distinguishes itself from the recent glut of adult animation with its macabre, female-grotesque sensibility and a punkish, candy-colored visual style to match. Euthanasia obviously isn’t for everyone, but if any part of this summary sounds intriguing, it’s probably for you.

Black liberation isn’t just an American story. Filmmaker Steve McQueen offered a stunning view from across the Atlantic in Small Axe, five features set amid London’s West Indian community in the 1970s and ’80s that arrived on Amazon last year. Now, the service has added three companion nonfiction titles: Black Power: A British Story of Resistance, the education-focused Subnormal: A British Scandal and, as a centerpiece, McQueen and James Rogan’s three-part Uprising, which looks back on a horrific 1981 fire that killed 13 young, Black revelers at a birthday party and catalyzed a movement against racist violence. As in Small Axe, it is the sensitivity and specificity with which the directors capture the humanity of those who lived through—and those who died in—the New Cross house fire that makes the latter doc unmissable. 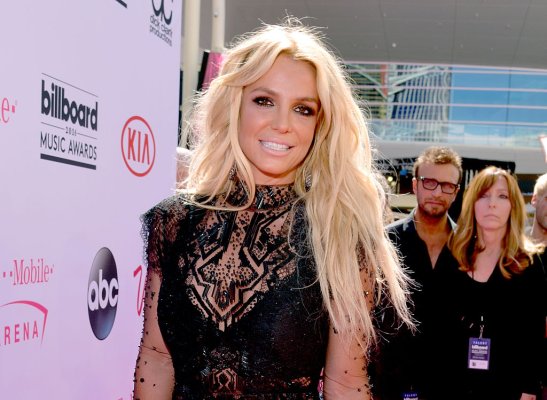