LuLaRich, a four-part Amazon docuseries chronicling the chaotic journey of the multilevel marketing company LuLaRoe, reveals details as wild as the patterns on the company’s signature “buttery soft” leggings. Structured like other MLMs in that it relies on independent retailers to sell its products, LuLaRoe was founded in 2013 by Mark and DeAnne Stidham to offer what turned out to be, for many, an impossible dream: the chance for mothers to earn enough money to support their families without leaving their children at home. The company grew at a rapid clip—by 2016 it sold a reported $1.8 billion in clothing. But by the following year, a “corporate tornado” blew through that success, as LuLaRich recounts.

Filmmakers Jenner Furst and Julia Willoughby Nason, the team behind Hulu’s Fyre Fraud, take viewers through the company’s story with a quick pace underlined by a darkly comedic streak. The Stidhams agreed to an interview with the filmmakers, and their tales of supposedly wanting to create a company that empowered women, interspersed with the accounts from former LuLaRoe retailers and employees who say they were both personally and financially ruined by the company, paint a picture of desperation on many sides. Here’s what to know about LuLaRich and the company that inspired the series.

What led to ‘catastrophic growth’ at LuLaRoe?

Good timing was a huge part of LuLaRoe’s almost too swift success: it grew popular as Facebook permitted users to livestream videos in 2015, which allowed LuLaRoe retailers to livestream their clothing sales. The freedom to use social media to sell coincided with the height of the #girlboss era and a darker aspect of life in the U.S.—families dealing with high childcare costs with no guaranteed paid parental leave policies were seeking easier ways to make money. For mothers who were pushed out of the workforce or needed extra income, or women encouraged to pursue a side hustle in order to always be earning, you couldn’t beat the allure of LuLaRoe: make money through fashion without even leaving the house.

“I was a mom to two kids and I was on low-income assistance. I wanted to be able to go to the store and swipe my card and not wonder if it was going to be declined,” LuLaRoe consultant Jill Drehmer tells the filmmakers. “And LuLaRoe said you can make full-time income on part-time work.”

But the wealth promised by LuLaRoe did not extend to everyone who joined the company. Those who joined early on, like Drehmer, prospered and rose in the LuLaRoe ranks, earning privileges such as cruises and bonuses. Others, however, share in the series that LuLaRoe took over and tanked their lives.

Mark and DeAnne Stidham, who throughout the series claim no wrongdoing and stick to putting forth a positive impression of LuLaRoe, do admit that things grew out of their hands too quickly. “This business was a runaway train from even the founders,” Nason told Variety. There’s no doubt LuLaRoe found high demand among people who wanted to be a part of the company. At the same time, the series shows, the Stidhams were staffing their headquarters with employees—including their own family members in executive level positions—who would end up not being qualified to handle such “catastrophic growth,” as Mark calls it.

The financial burden of becoming a LuLaRoe retailer added up before officially joining the company. In order to set up a business under LuLaRoe, prospective retailers had to find funds for the hefty startup cost—at least $5,000 and up to about $10,000 for clothing items that they would then attempt to sell to others, while also recruiting new retailers (the cost to join has since dropped to $499). For women looking to LuLaRoe as a new way to earn money, it was often a stretch. But the company’s ethos persuaded many to do whatever they could to join.

In the series, Mark and DeAnne Stidham claim they did not ask people to incur debt to start their businesses with LuLaRoe. Former employees and retailers interviewed in the series, however, say the couple would heavily imply the opposite. They tell the filmmakers that the advice they received ranged from being convinced to spread out the startup costs over multiple credit cards (putting the joining fee on a credit card is a common way to get started with MLMs) to being told to sell their breast milk to NICUs in need in order to afford more LuLaRoe inventory.

As the company grew rapidly, those who joined LuLaRoe in its early days found success, making tens of thousands of dollars both by selling LuLaRoe pieces and by signing up new recruits (creating a “downline”)—and earning a share of their profits. Like with many other MLM-structured organizations, for those who joined later on, the chance to make as much money dwindled, making it much more challenging for those retailers to come out of debt.

Beyond LuLaRoe’s attractions as an MLM, the series reveals even darker sides of the company. Among other details, top retailers allege that they were pushed by the Stidhams to have weight loss surgery to conform to their idealized image of what women should look like. They had to wear LuLaRoe clothing. There was a religious slant to things—Mark Stidham, who was raised in the Mormon Church, would quote the Book of Mormon at company events.

What began as a way to offer women financial independence ended up being a trap. Retailers allege they were pressured to “retire their husbands,” or earn enough money so their spouses wouldn’t have to work. Those husbands were then meant to join LuLaRoe, taking over operations from their wives. Eventually, it became clear that LuLaRoe was pushing forth a very specific idea of what “empowered” women and families should look like: heterosexual, with the man in charge—and everyone wearing patterned clothes.

The consequences, as we see by the series’ fourth and final episode, were real for the people who joined LuLaRoe with hopes of actually making money. Instead, multiple former retailers ended up with a deluge of debt, their marriages and families broken apart.

The magic was not going to last forever at LuLaRoe—despite its growth into a company that threw glitzy events and invited stars like Katy Perry and Kelly Clarkson to perform. As with its auspicious start, many converging factors led to rocky times at the clothing company. Crucially, the quality of LuLaRoe’s clothing took a dive, tearing easily or displaying strange prints in inopportune places. Retailers share that items in their inventory would arrive damp and moldy. As the complaints added up, the Stidhams responded by telling sellers to stop “whining.” Eventually, many retailers fell off and the company began facing dozens of lawsuits.

In 2019, the state of Washington filed a consumer protection lawsuit against LuLaRoe, alleging that the company “made unfair and deceptive misrepresentations regarding the profitability of being an independent retailer.” The company paid $4.75 million in 2021 to settle the case.

The glamour of its heyday is gone, but LuLaRoe persists, albeit on a pared-down scale. The startup costs for retailers have shrunk and the company is now required to be more transparent “to avoid future deception,” according to the terms of its lawsuit in Washington. But the dream it tries to sell—and the factors that bring women to companies like LuLaRoe—remain. As Mark Stidham says in the final episode, “There is still, right this minute as we sit here talking, a huge opportunity to sell clothing to women in America.” 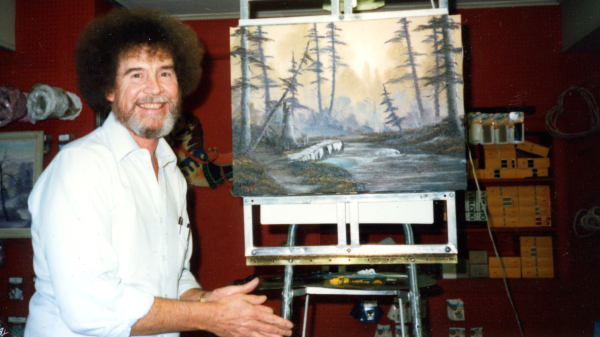 Who Controls Painter Bob Ross' Legacy?
Next Up: Editor's Pick