Pour One Out For the Network Comedy

The problem with TV these days, as everyone knows, is that there’s too much of it. By the time you clear out last month’s backlog of binges, another truckload of content has piled up at your doorstep. Streaming services and to a lesser extent traditional networks will maintain that wearying momentum throughout the fall, with a huge variety of new and old programming.

In September alone, HBO rebooted Ingmar Bergman’s Scenes From a Marriage; Showtime countered with a crime drama, American Rust, that sounds like Jeff Daniels of Easttown (but unfortunately isn’t); Apple unveils an elaborate Isaac Asimov adaptation, Foundation; and PBS has Ken Burns’ Muhammad Ali. FX has frontloaded B.J. Novak’s provocative anthology The Premise, an ambitious reconsideration of cult comic-book series Y: The Last Man and a long-awaited season of American Crime Story that takes on the impeachment of Bill Clinton. Also this fall, Disney+ continues its run of Marvel and Star Wars spinoffs. Many buzzy series—including HBO’s delightfully excruciating Murdochian satire Succession—are due back after lengthy COVID-related hiatuses. America’s favorite fictional serial killer Dexter is, for reasons known only to the network execs who greenlighted his comeback, on the prowl again.

This abundance of shiny new shows makes it easy to overlook what’s missing from the upcoming season’s primetime schedule—namely, NBC’s venerable Thursday-night comedy block. Anchored in the 1980s by Cheers and The Cosby Show, then Friends, Seinfeld and Frasier in the ’90s, the lineup more than earned its “Must See TV” branding throughout the late 20th century. Even as appointment viewing waned in subsequent decades, it remained an oasis for smart, imaginative sitcoms: The Office, 30 Rock, Parks and Recreation, Community and, in a last gasp of greatness, The Good Place and Superstore. That legacy has ended, as the network just last night aired the series finale of long-running cop sitcom Brooklyn Nine-Nine. Come October, NBC will devote Thursday nights to Law & Order spinoffs, driving scripted comedy off the primetime schedule entirely.

Other Big 5 broadcasters seem to be losing faith in comedy series as well. The CW belongs to superheroes, Archie Comics and B-grade nonfiction programming now. While Fox’s Sunday adult-animation block is still going strong, there isn’t a single live-action sitcom on its fall schedule. ABC has carved out Wednesdays for family comedies, but the only “new” title is a Wonder Years reboot. CBS seems like a relative haven for the genre, until you realize that one mega-producer, The Big Bang Theory bard Chuck Lorre, has a hand in four out of its six fall sitcoms. Among the Emmy nominees for Outstanding Comedy Series, only one—ABC’s black-ish, whose eighth and final season is expected to premiere in 2022—hails from a broadcast network.

Scripted comedy isn’t going anywhere. Cable channels and streaming services are bursting with great examples, as multimedia conglomerates like NBCUniversal shift new projects from creators with cult followings (Mike Schur’s Rutherford Falls, Tina Fey’s Girls5eva), to platforms such as Peacock, where they might pay for themselves in subscription dollars. But watching Hacks or Ted Lasso or Never Have I Ever at your own pace isn’t the same experience as ducking into Cheers or Central Perk every Thursday evening and reliving the highlights of each episode at the watercooler Friday morning with people you knew had tuned in last night.

I’ve been frustrated for a while by a growing sense that free, linear TV is devolving into nothing more than a way of filling time between commercials or, worse, an endless advertisement for the streaming subscription service operated by each broadcaster’s corporate parent. But beyond that, there’s something depressing about having to bid farewell to the precise kind of network comedy we’ve lost. Since the Cheers era, most of NBC’s best and most beloved sitcoms have centered on groups of unrelated adults—people who share a workplace or hangout, community college students or dead souls damned to a hell designed by a demon with the avuncular charm of Ted Danson.

Unlike most family comedies, which date back to the dawn of television and now predominate among the last surviving network sitcoms, with their interchangeable living-room sets and preordained generational hierarchies, the typical Must-See TV show threw together characters from all walks of life. Superstore put a white business-school dropout (Ben Feldman) to work at a big-box store under the supervision of a Honduran-American mom (America Ferrera) who chose supporting her young family over college; the larger cast of characters represents a broad range of racial, sexual, class and religious identities, as well as disability and immigration statuses. A similarly diverse cohort of fresh-faced high school grads, stay-at-home moms, oddballs and con artists in need of mid-career credentials form a study group in Community.

Though their chief purpose was to make us laugh, these sitcoms were premised on the idea that people from very different backgrounds, with very different beliefs, could get along. Even the most homogenous among them thrived on friendly banter between adults with divergent, sometimes ill-informed worldviews; think paleontologist Ross arguing evolution with space cadet Phoebe on Friends. These shows’ vast, often demographically diverse audiences all found something to chuckle about—because they didn’t take themselves or each other too seriously.

The network comedy is, from a business perspective, a casualty of the streaming revolution. But its death is also emblematic of a culture that has become so politically, socially and generationally fragmented, with heightened sensitivities on all sides, that large swathes of the American public can’t even agree on what’s funny anymore. With that in mind, as we feast on all that pay-TV has to offer, let’s also pour one out for the kind of show that got tens of millions of us to gather in our living rooms at the same time each week, to laugh at the same jokes. 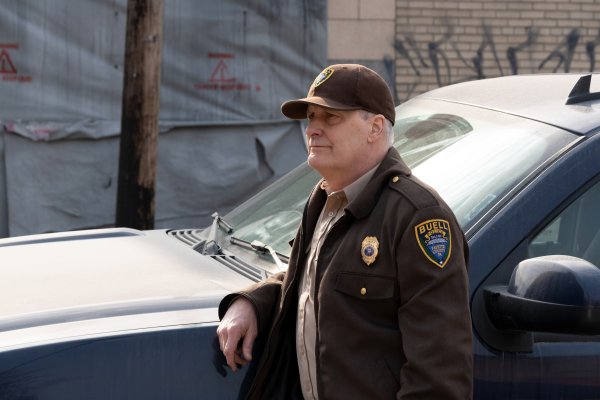 American Rust Sounds a Lot Like Mare of Easttown. Sadly, It Isn’t
Next Up: Editor's Pick