The maverick tech mogul has, for reasons that should be obvious to anyone with a halfway decent internet connection, become a stock character. Simultaneously fascinating and fearsome, worshiped and loathed, these guys are all over TV, in the form of eccentric visionaries like Nick Offerman’s Forest in Devs or the petty, controlling Gavin Belson (Matt Ross) in Silicon Valley or Kevin Christie, the quietly unhinged social entrepreneur portrayed by John Cusack in the, er, Amazon Prime adaptation of the British series Utopia. Yet it’s still rare to see these shows shift focus from the ambitions of these difficult men for long enough to imagine what life must be like for those closest to them—for Claire “Grimes” Boucher starting a family with Elon Musk, say, or MacKenzie Scott trying to extricate herself from 25 years of marriage to Jeff Bezos.

Hazel Gogol, née Green, the protagonist of HBO Max’s odd, enjoyable but somewhat slight Made for Love, is one of these women. Played by Cristin Milioti in a lovably self-destructive performance that recalls her messy, time-looping maid of honor role in Palm Springs, Hazel was still a college student running minor scams to pay bills when the billionaire inventor Byron Gogol (Game Night‘s Billy Magnussen) proposed to her midway through a surreal first date that should have raised some red flags. She left behind not just her education, but also her friends and family to live with him at the Hub—an isolated sort of shape-shifting luxury home and tech campus that can be programmed to resemble any place in the world.

Byron comes off as an amalgam of several different tech titans; he has Musk’s awkward bravado, Bezos’ supercharged physique, Mark Zuckerberg’s disregard for others’ privacy, Peter Thiel’s eerie transhumanism. He is, first and foremost, a control freak. One episode opens with a TV news segment on the Gogols, which Byron spontaneously starts directing when Hazel ventures off-script. Every aspect of life at the Hub has been calibrated to his specifications. A decade into her stay in this sterile, creepily scentless place, everything from Hazel’s food intake to her sexual response has been quantified. It isn’t exactly satisfying, but then, neither was her old life.

Her breaking point comes when, at a board meeting for which the Hub is transformed into a lush Japanese garden, Byron announces that “Gogol is not a me anymore. It’s a we.” What he means is that he’s invented a device that will merge his consciousness with Hazel’s. The result: “commingled hearts, commingled minds, commingled identities, secrets”—he spits out the word like it’s poison—“dismantled. Pure union!” Tomorrow, the couple will have their microchips implanted and become, collectively, User 1. With Byron’s appropriation of her innermost thoughts imminent, Hazel runs, knowing full well that her husband could easily find, capture and kill or at least resume control over her. She ends up at the ramshackle rural home of her estranged dad Herbert (Ray Romano, in another fun chapter of his late-career Romanossance), whom she discovers in bed with a Loni-Anderson-looking sex doll named Diane. Before father and daughter head out in public together for the first time in her adult life, he warns her: “My reputation has shifted since Diane and I…” “You’re the town pervert now?” Hazel suggests.

Herbert (Ray Romano) and his sex doll, Diane, in 'Made for Love'
John P. Johnson/HBO Max

The dialogue in Made for Love is great—funny, distinctive and observant about the way tech euphemisms can invade the physical world and change the way we think. For that, we can probably thank the author of the 2017 novel that the show is based on, Alissa Nutting, who is also a co-creator, executive producer and writer of this adaptation. Her books are populated by very strange people whose deviant appetites range from relatively harmless to repugnant, predatory and illegal; the teacher who narrates her controversial first novel, Tampa, is a contemporary female Humbert Humbert, grooming and seducing the boys in her junior-high class. Though certain aspects of Nutting’s storytelling seem ideally suited to TV—the distinctive characters, the topical premises, the black comedy—others, like the psychologically rich first-person and close third-person perspectives that make her fiction so thrillingly transgressive, present big challenges.

That may explain why, in the four episodes provided for review, HBO Max’s Made for Love feels a bit duller than the sharp-edged critiques of tech culture and heterosexual romance in the book. Nutting and showrunner Christina Lee (Search Party) have changed the book considerably, eliminating major characters and adding minor ones (including the delightful Patti Harrison as an aggrieved former friend of Hazel’s), toning down various scenes of physical grossness and taking advantage of the television medium with faux Gogol Industries ads. The actors look significantly more attractive than the people described in the book. While the power Byron wields over Hazel is inherently chilling, there is more warmth between her and Herbert.

This gentler approach dilutes Nutting’s most incisive social commentary, in episodes cluttered with flashbacks, that touch on but don’t dig too deep into her unflattering depictions of sex and love under capitalist technocracy, as personified by so many male characters who prefer compliant lovers to sentient ones. Though offbeat, it doesn’t feel quite as different as it should from the many other high-concept, sci-fi and fantasy comedies we’ve seen in recent years, like Upload and Miracle Workers. With its charming cast dispensing well-wrought laugh lines, Made for Love goes down easy—but maybe too easy. Save the frictionless experience for selling gadgets. Good, old-fashioned satire should hurt a little. 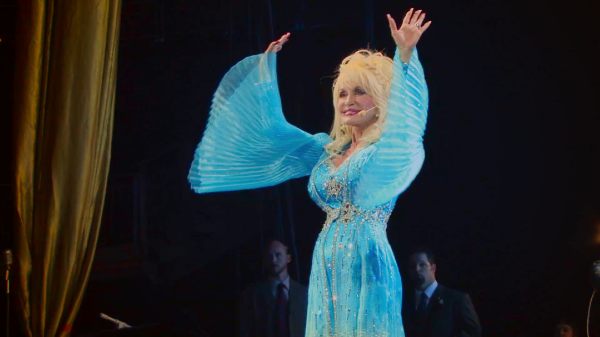 Here's Everything New on Netflix in April 2021—and What's Leaving
Next Up: Editor's Pick