No Other Comedy Captures the Spirit of 2019 Like Parasite

Because movies take so long to make, they can’t always be as immediately topical as television is. But whether by sheer luck or keen prescience, Bong Joon-ho’s Parasite is the movie for right now. Kim Ki-taek (Song Kang-ho) and Chung-sook (Jang Hye-jin) live with their two teenagers in a small basement apartment. Both parents are unemployed, and the family picks up odd jobs–like folding pizza boxes, badly–to make ends meet. But even if the Kims’ living conditions are less than ideal, they’re optimistic. In the opening scene, son Ki-woo (Choi Woo-sik) and daughter Ki-jung (Park So-dam) roam through the cramped flat holding their cell phones aloft in the search of free wi-fi. They make it fun: sometimes you can pull what you need out of thin air.

The family’s luck changes when Ki-woo lands a gig as a tutor to a high school student, Da-hye (Jung Ji-so), from a rich family, the Parks. Before long, and by dishonest means, he gets every member of his family employed in the Park household. At this point, you may think you have Parasite all figured out: it’s a dark comedy about grifters using their wiles to get by, a parable about forgotten members of society who manage to squeeze in through the back door–that would have been a good enough movie right there.

But Bong, the director of films like Snowpiercer and Memories of Murder, sails beyond good enough, devising a twist upon a twist and connecting one scene to the next with ingenious precision. It’s impossible to figure out where Parasite is headed.

Parasite won the top prize at Cannes, and it’s South Korea’s entry for the Best International Feature Film Oscar. There are good reasons why it’s poised to resonate worldwide. It tells a story you could probably follow without subtitles, or any dialogue at all: the faces of these actors show with piercing clarity how it feels to be outsiders in a world of wealth and privilege. Yet Parasite is first and foremost a family story, a reminder of how much we have when we at least have one another. 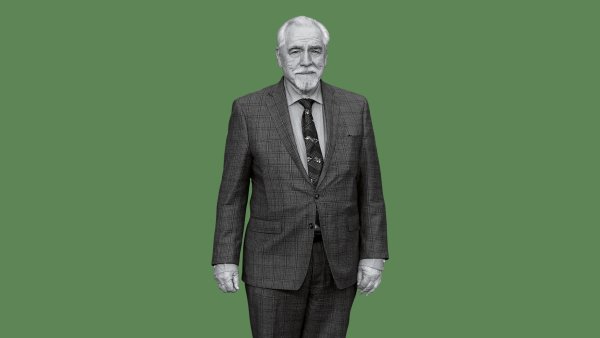 Succession’s Brian Cox on Playing Logan Roy and What to Expect in the Season Finale
Next Up: Editor's Pick