The Pandemic Oscars Were Surprisingly Decent. But Will the Academy Learn Anything From Its Break With Tradition?

We knew the 93rd Academy Awards telecast was going to be different even before the maverick filmmaker Steven Soderbergh signed on to produce it. Our 13-month-old pandemic, on the wane but still very much a limiting factor for large public gatherings, would make sure of that. The question was, would it be a good sort of different or a bad sort of different?

The ceremony turned out to be a bit of both—and yet, on balance, still more entertaining than the average pre-COVID Oscars. It started out especially strong. Bright, multicolored opening credits rolled as cameras in motion followed Regina King through the main, makeshift venue, Los Angeles’ Union Station, in a shot that could have come straight out of Soderbergh’s own Ocean’s 11. It was a dazzling sequence, and one that actually delivered on all the advance hype that promised the awards show would play like a slickly executed Hollywood blockbuster.

Soderbergh, who produced the telecast in collaboration with Stacey Sher and Jesse Collins, had spent weeks talking up this approach. “It’s going to feel like a movie in that there’s an overarching theme that’s articulated in different ways throughout the show,” he told an AP reporter. “We want you to feel like it wasn’t a show made by an institution. We want you to feel like you’re watching a show that was made by a small group of people that really attacked everything that feels generic or unnecessary or insincere.”

Read more: The Best, Worst and Strangest Moments of the 2021 Oscars

The team came in at an advantage, after the Golden Globes set the bar for socially distanced movie awards so low, with a deeply boring ceremony that aired amid a still-escalating upheaval over racism within the Hollywood Foreign Press Association. And it’s hard to imagine a better team to remake a tradition that was languishing well before COVID. While Collins is a veteran producer of live telecasts—including last month’s surprisingly decent pandemic Grammys—Erin Brockovich and Django Unchained are among Sher’s career highlights. For his part, Soderbergh might be Hollywood’s most versatile living director, always up for a creative challenge.

It would be an exaggeration to say that the Oscars maintained their cinematic sheen and pace throughout the night. But if it was no Casablanca, at least the show managed to avoid an easy worst-case scenario comparison to Titanic—a maudlin, meaningless, decadently expensive folly that spent well over three excruciating hours on a sinking ship. Soderbergh and Co. chose their presenters well; opening an awards ceremony with King and Laura Dern is like opening an elementary schooler’s birthday party with pizza and ice cream cake. Many aspects of the show that sounded dicey in theory, from the train-station venue to the relegation of original song performances to the pre-show, turned out just fine in practice. The producers struck a smart balance between glamour and safety, preventing a superspreader event while also sparing viewers the now-depressing sight of stars in sweats accepting trophies from their couches.

Every part of this year’s ceremony felt more intimate and less stuffy than just about any awards show I can remember. For once, the art and community of film seemed to take precedence over the business of film. Presenters got personal. Dern recalled the formative experience of encountering a Fellini masterpiece for the first time. Bryan Cranston presented a Jean Hersholt Humanitarian Award to the Motion Picture & Television Fund, explaining that the organization had provided assistance to his late mother, also an actor, after she was diagnosed with Alzheimer’s. In place of the usual context-free movie clips, we often got genuinely illuminating glimpses of the nominees’ backgrounds or insight into their approaches to the work they were nominated for. (Some on social media seemed to miss the clips. Someone should tell those people about YouTube.) Addressing the audience remotely, through a translator, Parasite director Bong Joon-ho shared with us each of the Best Director hopefuls’ thoughts on the meaning of filmmaking.

The acceptance speeches were uncommonly witty, intimate and engaging as well—perhaps in part because the winners weren’t worried about getting played off the stage mid-sentence. Another Round director Thomas Vinterberg opened his international feature victory speech with the kind of dry humor Danes do so well, before transitioning, poignantly, to a remembrance of his daughter. Yuh-Jung Youn, a fixture in the Korean entertainment industry who found crossover fame in Minari, flirted with Brad Pitt and scoffed at the idea that she deserved to beat Glenn Close. Frances McDormand let out an epic howl because, well, Frances McDormand has earned the right to do whatever she wants.

Equally remarkable were how many entrenched awards-show clichés the telecast avoided. It was mostly free of gimmicky audience-participation interludes of the Ellen selfie variety (which, it must be said, made the inane music bit in the last half-hour extra dispiriting). There were no random pairings of celebrity presenters, and thus no awkward banter. Gone was the generic interstitial music; it’s nice to have a live orchestra, but what a waste to use them mostly as a way of rushing tearful winners offstage. The choice to have Questlove DJ the event, with classic pop tracks like Blondie’s “Call Me” bringing viewers as well as the in-person audience back from commercial breaks, upped the energy in the room considerably. Instead of packing King’s monologue with groan-worthy quips about pop culture, politics and the nominees, the writers allowed her to express heartfelt sentiments on the Derek Chauvin verdict, the pandemic and the way movies help us through tough times.

Not every divergence from tradition turned out to be a great idea. This year’s short, fast, upbeat In Memoriam montage bordered on disrespectful. Despite the absence of musical numbers, the ceremony still overflowed its time slot. Worst of all was the seemingly inexplicable decision to close with the two top acting awards rather than Best Picture. The final winner of the evening, The Father star Anthony Hopkins, wasn’t even in attendance, which made for a mighty awkward grand finale.

But it says something that the telecast felt fairly fresh and mostly satisfying in spite of how baffling many of the wins were. (My Octopus Teacher over Collective and Time in the documentary category? Sure, whatever you say Academy voters. Promising Young Woman over Sound of Metal and Judas and the Black Messiah for original screenplay? OK, then.) “All of us this year have taken advantage of the opportunity that’s been presented to us to really challenge all the assumptions that go into an award show,” Soderbergh told the AP. The Academy may have embraced change out of necessity, at a precarious moment, but it would do well to maintain that attitude regardless of who they hire to produce subsequent shows and what the new normal looks like. We may well have put the current public health crisis behind us by this time in 2022. It will take more than one decent year, however, for the Oscars to achieve the same optimistic prognosis. 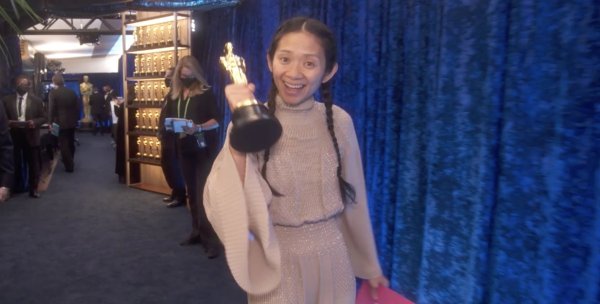 The Best and Worst Moments of the Oscars
Next Up: Editor's Pick