On Tuesday night’s episode of Finding Your Roots, the Henry Louis Gates Jr.-hosted PBS celebrity genealogy show, the musician and producer Questlove (Amir Thompson) will get a chance to uncover his family’s earliest days in the United States. But, while the show always relies on surprising reveals about its subjects’ backgrounds, it turns out that Questlove’s family has a distinction that sheds light not just on those individuals but on a larger story from American history. As shown in the clip above, the musician deduces in the course of the show that he is descended from enslaved people who came to the U.S. on the schooner Clotilda (sometimes written as the Clotilde), which means they would have been part of the last known group of Africans ever brought to the United States as slaves — more than a half-century after the international slave trade was officially banned.

Sylviane A. Diouf, who has researched the Clotilda in great depth, writes in the introduction to her book Dreams of Africa in Alabama that the group comprised more than 100 individuals who arrived north of Mobile in mid-1860, having spent more than a month on the ship. Though they were not the only enslaved people brought to the U.S. after the ban on the transatlantic trade, they would eventually become some of the most famous, after many decades of being forgotten by history. A few years after their arrival in Alabama, members of that group would be among the people freed during the course of the Civil War, and many of them were able to reunite from the places to which they had been sold. But, though only a few years had passed, they could not return home to West Africa. Instead they found a way to make the place to which they had been brought in bondage into their home, founding an Alabama town called Africatown. The last survivor of the group — a man who had been extensively interviewed by Zora Neale Hurston about his experience — died in 1935, but some of the original residents’ families still live there.

The discovery of ancestors on the Clotilda isn’t just an interesting genealogical fact. As Gates says, it means that Questlove is the only African-American he knows who can answer a question that many have asked: not only where in Africa his ancestors came from, but how exactly they got to the U.S. in the first place. As shown in this second clip, provided exclusively to TIME, Questlove hit the genealogical “jackpot”:

Tracing African-American ancestry can be particularly difficult, as genealogist Tony Burroughs has written. Records of slave ownership would sometimes be kept with first names only, and neither do ship manifests always contain full names. People who came to the U.S. as slaves may also have gone by a variety of different names, at least in terms of official record-keeping, over the course of their lives. The pervasive evil of slavery thus extended to this area too, as those whose family members were enslaved are so often unable, even today, to achieve the clarity about their own roots in the United States that other Americans can expect to find.

For example, when Slate’s Rebecca Onion took a look at the matter of tracing African American genealogy, Kenyatta Berry of Genealogy Roadshow told her that researchers often describe the year 1870 as a “brick wall” for tracing a family, due to the difficulty of connecting records of free people of color at that point to records (if they exist) of enslaved people a decade earlier.

But, for the descendants of those who arrived on the Clotilda, some of those difficulties are erased by the short time span that elapsed between arrival and emancipation, and the ship’s ignominy as the last of its kind.

The full Questlove episode of Finding Your Roots, which also features Dr. Phil and Charlayne Hunter-Gault, premieres on PBS on Tuesday night. 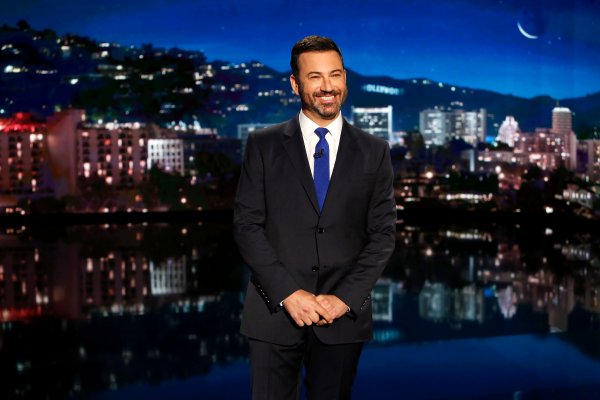 Jimmy Kimmel Returns to Live! With Baby Son Billy
Next Up: Editor's Pick