'Still So Much Work To Be Done.' Buoyed by Chauvin Trial Results, the Police Reform Movement Looks Ahead

People react to the Derek Chauvin Trial Verdict at George Floyd Square, the corner of 38th Street and Chicago Avenue in Minneapolis, Minn. on April 20, 2021.
Chris Tuite—ImageSPACE/MediaPunch/IPX/AP
By Josiah Bates

Even if just in that moment, activists and advocates championing reforms on these issues found some solace in the decision. “When they said the first charge was guilty I was very shook,” Oluchi Omeoga, an organizer with the Minneapolis-based Black Visions Collective, tells TIME. Having been skeptical from the start of the trial, and fearful of the possibility that Chauvin would be acquitted, “I think I let out an audible ‘what,’” they say. “I’m very supportive and happy that the family got a semblance of justice that a lot of other families have not gotten.”

The feeling of joy should not be minimized, particularly for George Floyd’s family. They have received the kind of outcome the criminal justice system is supposed to provide for all of its citizens—but often does not. But for many activists like Omeoga, uplifting their moment does not negate the need to challenge many other times the families of people killed by police received no justice.

In fact, Omeoga and others caution that attempts to separate Chauvin’s crime from common police practices are already undercutting future steps toward greater accountability. His conviction is thus not the end of calls to action but in many cases just the beginning, as activists hope they can use the momentum surrounding the verdict to advocate for a systemic overhaul of the criminal-justice system.

“If people say ‘because the system worked [here] there’s nothing to fix,’ that’s a moral obscenity. That’s a terrible mistake,” says Joe Margulies, a law professor at Cornell University and former Minneapolis defense attorney. “The bigger question is why do we have this kind of friction and tension between so many police departments and communities of color?”

Read more: Derek Chauvin Is Found Guilty of Murdering George Floyd, in a Milestone for America’s Reckoning on Race

The reality is that it’s Chauvin being found guilty that’s the anomaly, not Floyd’s killing at the hands of a police officer; between 2013 and 2020, over 98% of police killings resulted in no charges for the officer. And so while the trial holds Chauvin accountable for his actions as an individual, its verdict does not diminish what are widely seen as endemic issues in the country’s policing system—nor the work that still needs to be done to address them.

The Department of Justice (DOJ) on April 21 announced that it will open an investigation into the MPD and its practices. A week later, the DOJ said it would also investigate the Louisville, Kentucky metro police department as a result of last year’s shooting of Breonna Taylor, another police killing that led to widespread outcry.

And while the Biden Administration has not used executive actions to address police reform, the President made the subject part of his April 28 address to a joint session of Congress, calling on legislators to pass the George Floyd Justice in Policing Act. The bill, which would implement reform measures ranging from a federal ban on chokeholds to changes in police training, was approved by the House in March but has since stalled in the Senate.

Throughout the trial, MPD leaders who took the stand for the prosecution made clear efforts to distance themselves from Chauvin and his actions—as if to say their methods are, by contrast or at least by omission, still good practice, and don’t require reform or reframing. Activists and experts say this is a false dichotomy. (While Derek Chauvin had a list of misconduct complaints against him, for example, Kim Potter, the Brooklyn Center officer who shot and killed Daunte Wright just ten miles from Minneapolis on April 11, has been described in many public accounts as a competent and respected officer in her department. Potter was training another officer the day she shot Wright, and was recently the president of the local police union.)

Read more: Black Citizens of Minneapolis Have Been ‘Living in a Perpetual State of Trauma.’ Derek Chauvin’s Guilty Verdict Only Begins to Relieve It

“I don’t think we’re confused enough to believe that this one conviction should be the end-all be-all,” Ash-Lee Woodard Henderson, an activist with Movement 4 Black Lives (M4BL) says. “The demand hasn’t just been around the conviction of Derek Chauvin—the demand is that we commit to a transformation and radical imagination in regards to what public safety should look like in this country.”

“The whole system of policing, the whole infrastructure is guilty,” Henderson adds.

During the three weeks that Chauvin was on trial, 63 people were killed by police across the U.S., according to a database curated by the Mapping Police Violence. The same afternoon the verdict was read in the courtroom, a police officer in Columbus, Ohio shot and killed Ma’Khia Bryant, a 16-year-old Black girl. Ohio’s Franklin County, where Columbus is located, has one of the highest rates of fatal police shootings in the country.

Hazel Bryant is embraced after her niece, 16-year-old Ma'Khia Bryant, was shot and killed in a police shooting on April 20, 2021 in Columbus, Ohio.
Brooke LaValley/Columbus Dispatch/USA Today/Reuters

Moving the needle on this subject is an ongoing, painfully gradual process. It will mean persuading the public and politicians to reconsider the role of police in society. After all, the goal is not to get to more convictions in police-killing cases; the goal is to get to fewer deaths. Doing so means “continuing to talk about reallocating resources from entities that are killing us to community services and other means,” Omeoga adds—in other words, ideas that tend to fall under the “defund the police” umbrella.

The most accepted meaning of that phrase is the reallocation of some or all funds from police department budgets, so they may be invested instead in basic social, economic and educational needs as well as community-led initiatives—which in turn helps that community reach a point where police officers aren’t needed in many of the capacities in which they’re currently deployed. Even activists who don’t align with the idea of wholly eliminating a police presence in their neighborhood or city are broadly focused on increasing community funding.

As Margulies points out, “the beginning of the real reform is to shrink the blue footprint so that the police respond only to those cases that unambiguously demand an armed, uniformed officer, and you develop other alternative providers for mental-health calls, most disorder calls, most traffic enforcement.” The further the U.S. moves away from armed police officers, the less chance there is of a police shooting.

The death of an unarmed civilian at the hands of a police officer is, after all, the worst-case scenario. Before police misconduct or malpractice reaches that point, there are plenty of inequities that strain the daily interactions between police officers and Black civilians. And these are apparent both among “bad apple” police officers as well as the wider presence a police department stakes in minority neighborhoods.

So is the result of this case a step towards real change? It absolutely can be, advocates believe, but that relies on people and institutions in positions of power accepting it as a step in a new direction, rather than a journey completed. People living and working on the ground in impacted cities and communities will continue to organize and put actions behind their words, but say they need to see their commitments matched in legislation, in funding, and in good faith. Meanwhile, whether it’s protesting in the streets, educating those misinformed on the topic or building coalitions with like-minded organizations, the groundwork will continue.

“A year ago people couldn’t even imagine what it means to defund the police and invest in people in communities, education, healthcare,” Eniya says. “I think the changing of the narrative shows that there is some impact.”

Local and federal governments need to hold themselves accountable, argue activists and community leaders, and not rely on citizens with cameras to be the conduit for justice. Otherwise what happened to George Floyd will be a tragedy all over again: representative of a moment where the U.S. almost decided to prioritize the hard work ahead needed for real change. 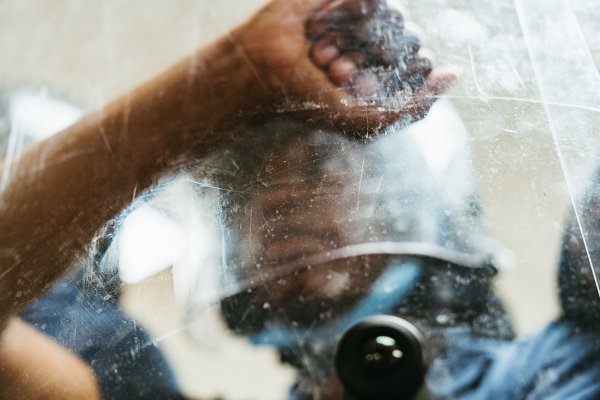 Why an HBCU Opened its Own Police Academy
Next Up: Editor's Pick