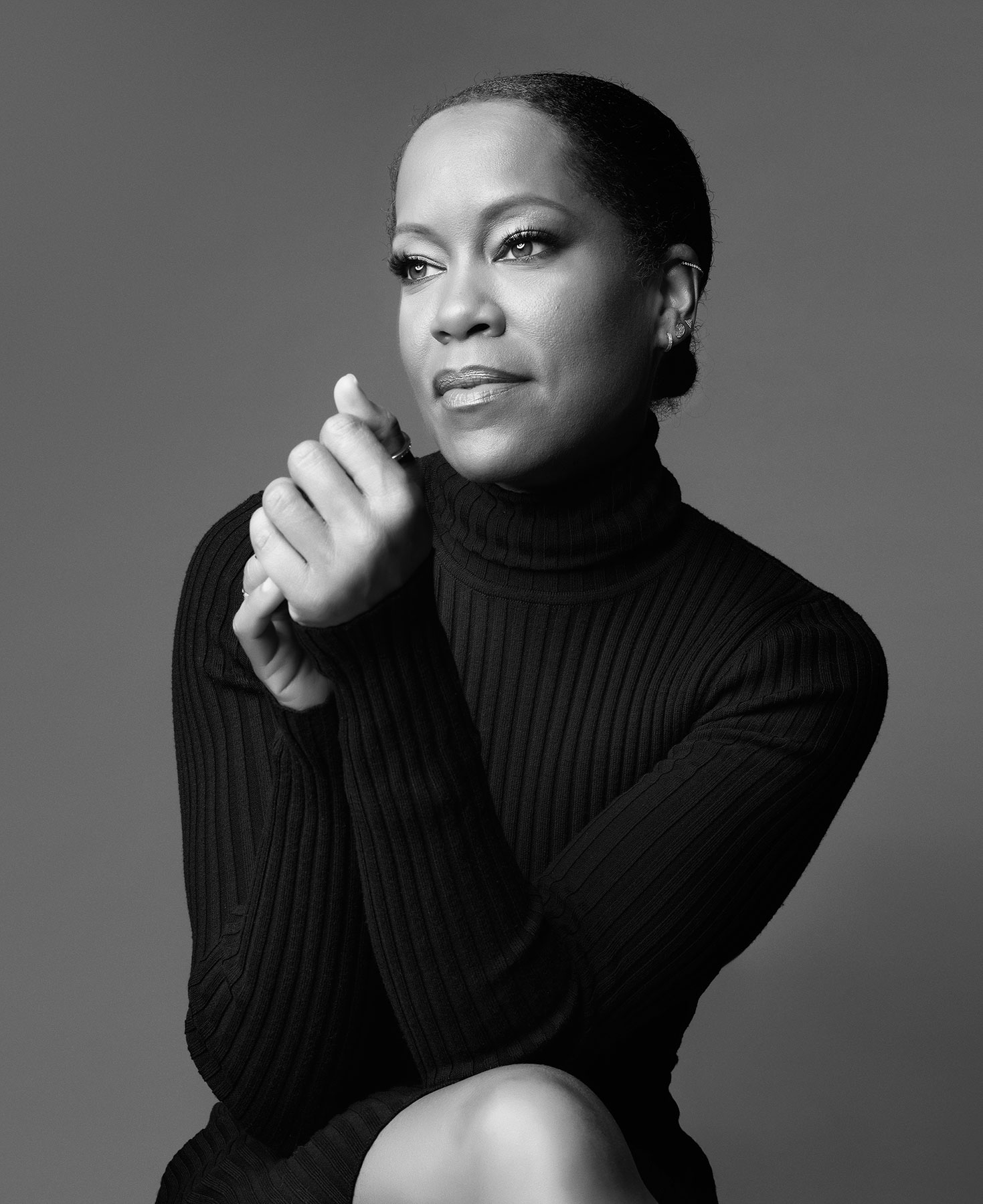 I grew up with all of the black sitcoms—Amen, Good Times, 227—and every once in a while, you saw an actor peek out from the comedy and the 30-minute shtick: something that separated them from the rest. That’s what I saw in Brenda Jenkins, the character Regina King played on 227. She became every young black girl in America. I saw myself in her, and I saw an actor bring that to life.

We started interacting at Alfre Woodard’s Sistahs events during awards season. She was absolute family, right away. During those events I remember her just embracing me, making me feel at home, making me feel seen.

When we meet now, we meet as sisters who know the road; we’re on the battlegrounds together as women and women of color. We connect as people who see other artists and who really take it upon ourselves to elevate them. Regina enjoys watching other actors fly. And that is rare in a profession that is about deprivation.

I think she’s excited for her growth as an actor but also the other side: being a director, being a leader, having a production company. Because that changes the game: the power of what’s on the page is going to change how people of color and women are seen in the business.

It’s like they say: what the caterpillar calls the end of the world, the master calls the butterfly. I think Regina is morphing into the most beautiful butterfly.

Davis is an Oscar-winning actor