Everything You Need to Know About How the Iowa Caucuses Work

The 2020 presidential election officially kicked off on Monday night as Iowans headed to nearly 1,700 local caucus sites spread across the state to select their preference for President.

The first-in-the-nation caucuses are among the most important events in the Democratic nominating contest, with a wide-open field of candidates vying for victory in a state that can sink candidates’ chances or slingshot them to the top of the field.

Most of the frontrunners in this packed Democratic field have been locked in a tight race for more than a year, with campaigns and other organizations spending tens of millions on political ads, outreach campaigns and events—all in service of a single goal: getting Iowa voters to caucus on their behalf.

The results of the caucuses were badly delayed Monday night, reportedly due to a problem with a phone app used for the first time in 2020 to report results. As the night dragged on and uncertainty mounted, campaign representatives were summoned to an emergency meeting with the state party, according to a senior aide from Joe Biden’s campaign. Campaigns were not told in advance about what the meeting was about.

While the Iowa Democratic Party has been using the caucus system since the 1970s, this year will be slightly different. The party has changed some of the rules in an effort to make the caucuses more efficient and cut down on gamesmanship. “These are the most progressive changes we’ve made to our caucuses since they were created,” said Troy Price, chair of the Iowa Democrats, in an interview with TIME at the party’s headquarters this week.

Here is TIME’s guide to the Iowa caucuses:

A caucus is in effect a community meeting where neighbors show up to express their presidential preferences—and try to convince one another to take their side. Some states, like Iowa and Nevada, hold caucuses instead of primaries. The concepts are similar, but the mechanisms are different: caucus-goers make a presidential selection but, unlike in primaries, they do not cast a vote. (Caucuses are also run by state political parties, while primaries are run by state election officials.)

Like Democrats, the Iowa Republican Party will host a caucus on Feb. 3, too, but since President Donald Trump is largely uncontested, it will be much less of a spectacle this cycle.

Who participates in caucuses?

All caucus-goers must be eligible to vote and registered for the party whose caucus they’re attending. They also must be 18 years-old by Election Day (November 3, 2020); they need not be 18 on the day of the caucus.

The Iowa Democratic Party will host 1,678 precinct caucuses across the state. Caucuses are held in all kinds of locations, including school gymnasiums, churches, libraries, and union halls. For the most part, people participate in the caucus in the precinct in which they live, but this year, the Iowa Democrats are also offering close to 100 “satellite caucuses,” in an effort to facilitate access for people.

So, how does it work?

Generally, doors open by 6:30 Central Standard Time and the caucuses begin at 7 p.m., sharp. Once everyone arrives and checks in, all eligible participants are counted, and the games begin.

The process seems complicated from afar, but it’s fairly intuitive: caucus-goers simply walk over and stand in the part of the room designated to their first-choice candidate. Once everyone has chosen a candidate (or chosen to remain undecided) caucus leaders count everyone and do a little math. Those participants whose first-choice candidates fail to reach what’s known as the “viability threshold”—typically 15% of the total present — must decide which candidate to support next, in a process called “realignment.”

In years past, realignment was fraught, as caucus-goers would (often loudly) cajole and speechify in an effort to convince their friends and neighbors to join their preferred candidate. Since all caucus-goers were free agents—i.e. anyone could back any candidate they wanted during realignment—debate sometimes stretched late into the night.

But this year, the rules are a little different. In almost all instances, once someone has expressed her preference for a viable candidate, her selection is locked in. Caucus leaders will use “preference cards” to keep track of caucus-goers’ choices, so a viable candidate’s total number of supporters never drops below what it was on first alignment. In other words, when someone shows up and supports a viable candidate, that’s it. She doesn’t have to stick around for the next round.

Only those who support a candidate who did not reach the viability threshold are free agents. During the realignment, they have three main choices: they can support one of the already-viable candidates, try to convince other free agents to cluster together to push a previously-nonviable candidate over the viability threshold, or join an undecided group. (There are scenarios where multiple alignments are necessary, but mostly it’s just the first and then the final.)

At the end of the night, state delegates are allocated to the candidates, according to the number of people who caucused for each.

How do you know who wins?

This is where it could get confusing. The Iowa Democratic Party says it won’t declare a winner; it will just report the results: first alignment numbers, final alignment numbers, and state delegate equivalent. The “winner” is usually considered the candidate who receives the most state delegates, because that’s what actually matters in securing the nomination. But this year, those three numbers could look very different, leading multiple candidates to attempt to claim victory. Some experts are preparing for mass confusion.

“It’s going to be a disaster—you could conceivably have three different results at the end of the night,” said Grant Woodard, a Des Moines attorney with experience as a Democratic strategist. He understands why the Iowa Democratic Party is releasing those numbers, but worries that people will want clarity: “It could just be confusing as all hell.”

The precinct-level delegates who were apportioned on the night of the caucuses will go on to county conventions in March. The delegates from the county conventions will go on to the congressional district conventions in April, as well as the state convention in June. Along the way, 27 district-level national delegates and four national alternates will emerge, as well as nine at-large national delegates and five Party Leaders and Elected Official (PLEO) delegates. This is a long, drawn-out process, but the upshot is that Iowa will send delegates supporting various presidential candidates to the Democratic National Convention in July.

Why does Iowa always caucus first?

Mostly because it insists on it. And that’s come under criticism. Why, one former presidential candidate argued, should a state that doesn’t reflect the diversity of the nation at large repeatedly get outsized say in who the Democratic nominee is? There’s also an argument that caucuses can be inherently undemocratic because of how difficult it is for people to attend. Caucus-goers must be available, sometimes for hours, on caucus night, which can present conflicts for people with disabilities, or who work irregular hours, or can’t afford childcare. But for now, both Iowa Democrats and Republicans agree that they’ll work to retain their first-in-nation status.

“It all starts with Iowa. Iowa is the moment where you first get judged. It is an assessment of your ability to organize voters in each of these individual caucus locales, it is a test of your appeal and your message,” said Scott Mulhauser, a longtime national Democratic strategist. “It all starts now.” 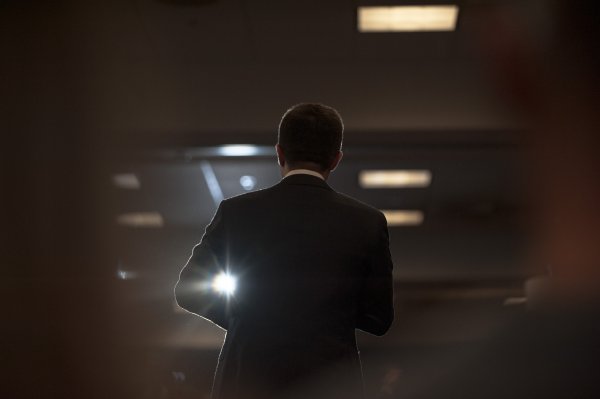 Pete Buttigieg's Closing Argument in Iowa is All About Tone
Next Up: Editor's Pick