With the rise of the Delta variant of COVID-19, the fate of movies remains uncertain—will studios continue to release new films in theaters? On streaming services? Both? But while you may not have immediate access to some of the most talked-about superhero films and Oscar hopefuls this year, there’s plenty of TV to keep you busy this fall.

Fan-favorite shows like Succession, The Morning Show and Dear White People are set to return after long, pandemic-induced breaks. Meanwhile, this autumn’s TV lineup of new series is particularly star-studded: Clive Owen is taking a turn as Bill Clinton in Impeachment: American Crime Story, Oscar Isaac and Jessica Chastain are duking it out as an unhappily married couple in Scenes From a Marriage and Michael Keaton and Rosario Dawson are leading an A-list adaptation of Dopesick, the story of how one pharma company jumpstarted the opioid crisis in America.

And while neither the long-planned Game of Thrones spinoffs nor the much-anticipated Lord of the Rings TV show will debut on the small screen this year, the race for the next hit sci-fi or fantasy series has begun with adaptations of Foundation and The Wheel of Time set to premiere in the next few months, along with a live-action version of the anime series Cowboy Bebop and a reinterpretation of War of the Worlds called Invasion. Those new series will compete with the next two Marvel shows, Hawkeye and Ms. Marvel, the Mandalorian spinoff, The Book of Boba Fett and the second season of the Witcher for genre television supremacy as the holidays approach.

Here are the biggest series you can look forward to for the rest of the year.

What We Do in the Shadows

The critically beloved vampire comedy based on Taika Waititi and Jemaine Clement’s film of the same name returns for a third season of bloody fun.

One of Netflix’s biggest international hits, Spain’s Money Heist promises plenty more twists and turns as the drama about a group of robbers comes to a close in its fifth and final season.

Scenes From a Marriage

Oscar Isaac and Jessica Chastain star as a couple struggling to keep their marriage afloat over the course of a decade in a remake of the 1973 miniseries from legendary filmmaker Ingmar Bergman.

The drama starring Jeff Daniels as a surly Pennsylvania police chief whose infidelity interferes with a murder investigation exudes Mare of Easttown vibes.

This graphic novel adaptation asks what would happen if all but one man on earth died: Would we live in a dystopia or utopia?

Robert Langdon, the symbologist hero of Dan Brown’s novels, gets his own origin story. In it, the young academic must solve a series of puzzles to save his mentor.

The Office writer and star B.J. Novak’s anthology series of modern morality tales will explore thorny premises like what one man does when he discovers that the blurry background in his sex tape might provide evidence in a police abuse case. The cast includes Tracee Ellis Ross, Daniel Dae Kim and Jon Bernthal.

Julianna Margulies and Hasan Minhaj join Jennifer Aniston, Reese Witherspoon and Billy Crudrup for a second season of the series about a morning show reckoning with a #MeToo scandal.

Read More: How Bombshell and The Morning Show Reckon With #MeToo

Our Kind of People

Lee Daniels’ new drama centers on a rich enclave of Black families in Martha’s Vineyard and recalls the soapy pleasures of Empire.

In its fourth and final season, Justin Simien’s campus dramedy will still tackle questions of race relations on campus—especially in a moment of continued upheaval. But it will also take the form of a ’90s-inspired musical.

Daniels is also producing a reboot of the classic coming-of-age story, this time centered on a Black 12-year-old growing up in 1960s Alabama. Dulé Hill plays the dad, and Don Cheadle narrates.

Isaac Asimov’s epic sci-fi trilogy has inspired space stories ranging from Star Trek to Dune. Now it’s finally getting its own adaptation. Lee Pace and Jared Harris star in the show, which centers on a rebellion within the ranks of a galactic empire.

The 50 Cent-produced drama chronicles a tale inspired by the true story of the rise of a criminal empire in Detroit dubbed the Black Mafia Family.

The beloved HBO dramedy about a Murdoch-esque family and their squabbles over who will rule their media empire finally returns for a third season.

Based on Stephanie Land’s popular memoir about poverty in America, Maid stars mother and
daughter Andie McDowell and Margaret Qualley.

Michael Keaton and Rosario Dawson star in the familiar tale of a pharma company starting a drug epidemic by misrepresenting how addictive OxyContin is.

The nostalgia for ’90s girls groups that inspired Girls5Eva still has a hold over Hollywood. Queens centers on a girls group that reunites in their 40s to make music again. Real-life ’90s icons Eve and Brandy star.

The Next Thing You Eat

David Chang at the TIME 100 Gala celebrating TIME'S 100 Most Influential People In The World in New York City on April 24, 2012.
Fernando Leon—Getty Images

Ugly Delicious star and chef David Chang explores the next wave of the food world, from lab-grown fish to insect farms.

Inspired by H.G. Wells’ seminal story War of the Worlds, Invasion follows an alien attack on earth, as told from the viewpoints of many characters across several continents.

Padma Lakshmi’s wonderful food series, Taste the Nation, which spotlights how various immigrant communities shape American food culture, is getting a holiday-centric season this fall. Each episode in the four-part series will highlight a different holiday celebration and all the traditional sustenance that accompanies it, from a Korean New Year’s celebration to a Cuban Christmas party in Miami.

Michael C. Hall returns as the incongruously virtuous serial killer in a 10-episode arc set a decade after the events of the original show. The creators have promised a satisfying coda to the much-maligned series finale.

The Shrink Next Door

Based on a true story and hit podcast, Paul Rudd plays a doctor who takes over all decision-making powers for his meek patient (Will Ferrell).

John Cho stars in the live-action adaptation of the celebrated Japanese anime series about a ragtag group of bounty hunters chasing criminals across space.

The Wheel of Time

In an adaptation of Robert Jordan’s popular fantasy series, Rosamund Pike plays a magician in search of a prophesied chosen one.

The Beatles: Get Back

Peter Jackson is no stranger to spending countless hours in the editing room: his 2018 WW1 documentary They Shall Not Grow Old restored dozens of hours of century-old footage. Now, he helms a three-part documentary culled from 60 hours of never-before-seen footage and 150 hours of unheard audio from the Beatles’ 1969 recording sessions for the album Let It Be.

The Book of Boba Fett

Read More: The Book of Boba Fett Is The Mandalorian’s First Spinoff Show

Marvel’s first Muslim superhero, Kamala Khan, gets her own TV show about surviving high school before she goes on to star in the next Captain Marvel movie, The Marvels. 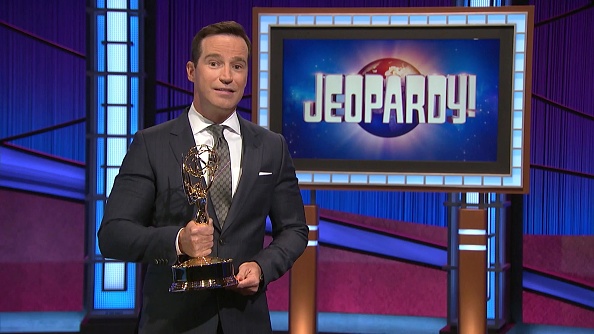 New Jeopardy! Host Mike Richards Steps Down Amid Criticism. But He's Not Leaving the Show Entirely
Next Up: Editor's Pick