Buckle up, Tolkien fans: the Lord of the Rings universe is officially getting a prequel television series. (And no, it’s not a retelling of The Hobbit — which, for those less-versed in the chronology of Middle-earth, is indeed a Lord of the Rings prequel of its own.)

On Monday, Amazon announced it had acquired the rights to the sprawling, beloved fantasy empire, committing to multiple seasons exploring the Shire and its surroundings. In a release, Amazon noted that the series will be set in Middle-earth and will “explore new storylines” that precede The Fellowship of the Ring, the first book in the famous trilogy in which Frodo Baggins and his eclectic cohort attempt to rid their land of the all-powerful ring. Amazon also shared that the deal includes potential for an “additional spin-off series,” which means the Lord of the Rings universe could rapidly expand.

“We are honored to be working with the Tolkien Estate and Trust, HarperCollins and New Line on this exciting collaboration for television and are thrilled to be taking The Lord of the Rings fans on a new epic journey in Middle Earth,” said Sharon Tal Yguado, Head of Scripted Series for Amazon Studios in a release. New Line was also involved in bringing Tolkien’s books to life on the big screen.

The prolific Tolkien — who would have celebrated his 125th birthday this year — has already inspired six blockbuster movies, but there’s no doubt he left plenty more material to mine filled with tall tales of those fun-loving hobbits, regal elves, gruff dwarves and more. His published works, including those compiled posthumously, include prequel mythologies and histories of his fantastical universe like The Silmarillion and The History of Middle-earth. 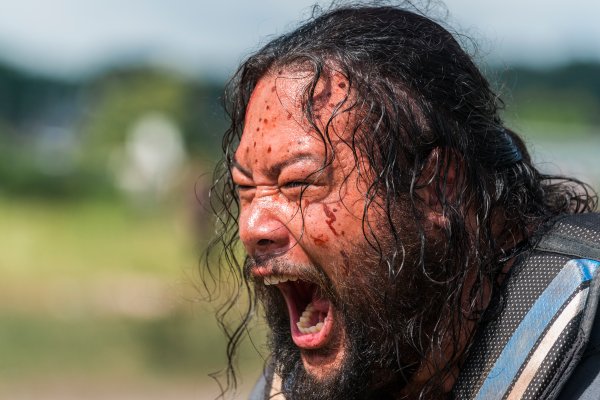 A Grisly Walking Dead Episode Delivers a Shocking Death
Next Up: Editor's Pick