Once quotidian aspects of our lives can now feel like high-concept challenges thought up by malicious reality TV show producers. Dating without being able to touch is akin to Love Is Blind. Jockeying for the last few canned goods at the grocery store compares to Supermarket Sweep. And trying to cook over Zoom video chat with Padma Lakshmi feels like a Quickfire Challenge on Top Chef, the Emmy-winning reality show that Lakshmi has hosted for more than a decade.

That show is airing a highly anticipated all-star season right now, featuring the best competitors from years past. But rather than promoting the series, Lakshmi is stuck in her house like the rest of us. She’s been filling her time filming popular home-cooking Instagram videos with her daughter. “Television fetishizes food,” says Lakshmi. “We love to linger on these shots of Kobe beef. This moment will hopefully be a return to home cooking. Beans are looking pretty sexy now, huh?”

I want to cook with Lakshmi over Zoom, but coordinating our ingredients is an impossible task: in New York, grocery deliveries must be ordered days in advance, and even then some foods will be out of stock. So I watch Lakshmi cook, take copious notes and later try to replicate the results at home.

The pandemic is driving people inside and into their kitchens. Google searches for online cooking classes shot up by a factor of 15 from mid-February to mid-April. A recent survey from marketing firm Hunter found that 54% of people are cooking more than before the pandemic, and 75% say they feel more confident in the kitchen. Just over half of the people surveyed said they plan to cook more at home even once social distancing ends. For proof, look no further than social media, where home cooks are nursing their sourdough starters as tenderly as newborns and exchanging tips on how to grow a new stalk of scallions from old bulbs in a jar.

The newfound interest in home cooking has been driven by boredom and necessity. But in times of uncertainty, we find ourselves increasingly drawn to the certainties of cooking in a moment of chaos: it is a concrete truth that if I see bubbles in the pancake batter, it’s time to flip the pancake.

Lakshmi, too, has found a sense of control during quarantine: she can have direct contact with her fans, without the typical filter of Hollywood. Her quarantine persona is far more casual than the polished host Top Chef fans usually see. On the show, she never seems to spill sauce on her immaculate jumpsuits, and her poker face while tasting food has been known to send contestants into a panic. But at home, she cooks in her pajamas, sometimes without a bra, which caused a minor stir on Twitter. Lakshmi responded cheekily by layering two bras on top of each other for her next video. “I wore a bra for this Zoom call,” she tells me, laughing. Overall, though, the response to her videos has been positive. “Cooking in a ratty T-shirt, which is obviously very different than how I appear on television, has given me this confidence that I’m in charge of my own destiny,” she says.

For our socially distant cooking lesson, Lakshmi chooses a vegetarian dish involving butternut squash, green peppers, ginger, chilies, curry leaves and a handful of spices like cumin and mustard seed that evoke Indian flavors. Her kitchen is admittedly much bigger than mine, and at one point she tests out a pricey gift from a friend: a chain-mail glove designed to prevent cuts, though it proves bad for gripping peppers. “I knew it was too good to be true,” she says, tossing it aside. But as promised, the dish is easy to replicate. In fact, it’s so simple that I’m skeptical of the results until I taste it and realize the work the spices are doing to elevate the squash.

Lakshmi has seized this moment to evangelize about Indian flavors. The cuisine, she says, hasn’t pervaded the U.S. food scene yet, like it has in Britain, where the Indian population is larger. “Indian culture does have small moments in weird places. Like, Madonna is into yoga, so we all get into yoga,” Lakshmi says. “And I see on Instagram that everyone is using turmeric [in their recipes] now? Stuff like that makes me laugh. My bullsh-t meter goes off.” Lakshmi predicts Indian food will become increasingly popular across the globe as we all inch closer to vegetarianism to stay healthy and limit our environmental impact. When she’s not judging on Top Chef, she consumes a mostly vegan diet.

A self-described “latchkey kid,” Lakshmi learned to cook early. Born in Delhi, she lived with her grandparents for a spell during her early childhood until her mother–who had left a toxic relationship with her father and immigrated to New York City on a nurse’s visa–brought her to Elmhurst, Queens, at age 4. Lakshmi has chronicled a history with adversity: a sexual assault as a child and, as an adult, suffering debilitating pain from undiagnosed endometriosis. Cooking consistently served as a refuge.

She established her bona fides: before Top Chef, she hosted a show on the Food Network, and she has since published two cookbooks, plus a food-focused memoir titled Love, Loss, and What We Ate. But people have selective memories and often focus on a few other biographical details: that she began her time in the public eye as a model, then as Salman Rushdie’s wife, then as a woman who tasted food on TV but didn’t cook on it. She struggled to be taken seriously as a food writer. “I am a brown woman on TV working in a country where a lot of people don’t consider me American because of my funny name or the way I look,” she says. “I spent a lot of my career trying to fit in, to be what the toothpaste audition or lingerie catalog wanted. At this point, I’m sick of trying to make everybody happy.”

As she has been mulling her priorities in quarantine–“I need to say no to more things”–leveraging her new connection with fans to advocate for the immigrant experience has risen to the top of the list. Three years ago, she conceived of a show in which she would visit immigrant communities around the U.S., using food as a “Trojan horse” to examine the politics of immigration. Just about every network passed on the pitch until, after she’d already given up on the idea, Hulu bit.

In the first episode of Taste the Nation, premiering on June 19, she travels to El Paso to talk to cooks who commute from Mexico to Texas every day to work at a taqueria that is owned by a white Trump supporter who worries about how building a wall would affect his business. The show sheds a light on often unheralded cooks. “Food trends in America,” she says, “trickle up, not down. The people working in the best kitchens in America are brown people.” Restaurants often borrow their ideas and flavors, and give them little of the credit.

Immigrants are being disproportionately affected by restaurant closures. And even as Lakshmi champions home cooking by teaching followers how to make yogurt rice, she is concerned about that community. A lot of the places Lakshmi visited on her show, she worries, may not be there by the end of the year. She is working with the James Beard Foundation on a program offering relief grants, but the organization doesn’t have nearly enough money to fulfill the more than 4,000 applications they received just in the first few hours of launching. “It’s like a fire,” she says. “You have to clean up and rebuild, and hope that at least the soot has fertilized the ground in some way.” 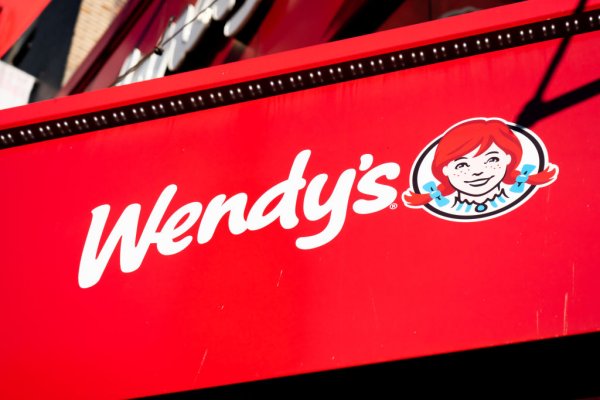 U.S. Meat Shortage Leaves Some Wendy’s Without Hamburgers
Next Up: Editor's Pick