The image of Muhammad Ali that appears on TIME’s new cover commemorating the boxing legend was taken in 1963 by Philippe Halsman, one of the most prolific portrait photographers of the 20th century.

Halsman, who was born in Latvia in 1906 and died in New York in 1979, was deeply interested in psychology and spent hours engaging with his subjects about their interests. He often asked them to jump, and he noted that, in doing so, their “attention is mostly directed toward the act of jumping and the mask falls so that the real person appears.”

One of Halsman’s most iconic photos, Dalí Atomicus, depicted Spanish surrealist Salvador Dalí playfully floating in mid-air alongside cats, easels, a chair and a stream of water.

Among others—including those of Winston Churchill and Marilyn Monroe—Halsman’s photo of Ali, who died Friday at age 74, remains one of his most surprising images. 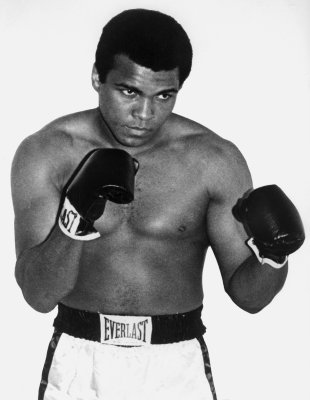 President Obama: Muhammad Ali Was 'A Man Who Fought for Us'
Next Up: Editor's Pick