“Dear White People” began as a Twitter account that writer Justin Simien used to satirize issues about race. Simien used the account to mine ideas for a screenplay about an ambitious student named Samantha White who drops divisive truth bombs about race on her radio show at an overwhelmingly white Ivy League School. Racial tensions on campus reach a tipping point when a frat-like group on campus decides to host a black face party, a trend that Simien had observed at universities around the country.

The Dear White People movie premiered at Sundance in 2014. Critics lauded the film for goading its audience into considering uncomfortable truths. Simien decided to return to his fictional Winchester University in a Netflix series, premiering April 28, to see how his students would deal with the cultural shifts of the last three years, including the rise of the Black Lives Matter and the election of Donald Trump.

The first trailer for the show, which examines how students negotiate issues of race, sexuality, gender, class and religion, was accused of “reverse racism” by some on social media. Simien says that the reaction reinforced the notion that black artists have to defend themselves in ways that white artists ever have to. Simien spoke to TIME about racial politics, the reaction to the trailer and upending stereotypes.

How has the political environment changed between the movie and the show?

We’re in a time where this is part of the national conversation: Racists are a lot more emboldened to speak out. The Black Lives Matter movement has spawned all kinds of activism. In many ways, the culture has given us permission to have this conversation in a way that it really hadn’t when I was writing the movie.

One of my big regrets with the movie is I didn’t really anticipate Black Lives Matter. I felt like the movie didn’t touch upon activism, really. You have Sam’s revolutionaries, but her arc is really more about what versions of herself to be at certain times. So I really wanted to get into that.

So what does activism look like right now to the college students in the show?

It’s difficult. I had to work through catharsis about what it feels like to be active and not always get the result you want right away, to realize it’s going to take a little bit longer. That was on my mind when I made the show in a way it wasn’t when I made the movie because Black Lives Matter didn’t exist. There was no real national, viral movement happening when I wrote the movie.

Some people on Twitter called the trailer for the TV show “racist.” What was your reaction?

There was a deep sadness that as a black person I will never be able to navigate this world without being imprinted upon by the majority culture. There were all kinds of claims, from the idea that I was trying to start a white genocide to the idea that the show was reverse racist. People both saying, “We don’t need the show. Racism is over,” and then calling me a “nigger” and that I should go back to Africa.

I don’t know that I was personally hurt by the things because I’d gone through it already [with the movie], and there’s been a bit of a callus built. But there is a sadness to just knowing that being a black person and daring to open my mouth and say something, I have to navigate all this bullshit.

And that spurred you to write an article about the experience.

I got a lot of publicity out of it. I got to be on everyone’s Facebook feed and make sure everyone was aware that this was a show coming out April 28. I was able to flip it to my advantage. But what I was left with was a sadness that we have to go through this every single time.

You look at the reviews of Do the Right Thing, and these people should be embarrassed about what they said about that movie when it came out. And then you turn around and wonder why a person like Spike Lee is so confrontational. Well, maybe it’s because he’s constantly having to confront your bullshit every time he dares to make a statement.

I had to answer for myself in ways that the guy who wrote Stuff White People Like or David Letterman or Quentin Tarantino — who made a literal black revenge fantasy movie — never had to, and they were far more successful and made far more money than I ever did. And that’s not fair. I hope talking about it people will see what black people are talking about when we say we’re still oppressed and that oppression is different than having hurt feelings.

Why did you decide to film the show from the perspectives of many different characters?

I had that in my head since the beginning. What I wanted to do initially with the film was make almost a Robert Altman kind of movie, like a two and a half hour collection of shorts that are intertwined, where each character really gets their own movie. And I thought that if we could land the show on something like a Netflix where the whole thing airs at once, wouldn’t that be an interesting way to approach? I really wanted to stretch the medium.

Was there a particular character you most identify with and were excited to delve deeper into?

I feel that way about all the characters. I suppose Lionel comes immediately to mind because I am black and gay, and I’ve been at that intersection my whole life. I’ve always felt weird navigating the cultural landscape. I talk about being a “what” to people. Like, being gay in mainstream society is a different kind of “what” than being black. They don’t always jive. It’s confusing and leads to these really awkward personal stories that have just been in me for awhile. So getting to flesh out that character was really satisfying.

What’s the difference between making a movie and a show on the same subject?

The thing about TV is you kind of have an endless canvass. You can always keep going. So I can relax a little bit and get into the themes and the dirt under the fingernails. With a movie you really have to lead everything to a single insight, a single moment in the theater where you go, “Oh,” and it really hits you. Everything in the movie leads toward that one moment; that one thematic statement.

With a show, you can ponder something for an entire season. Like episode five was inspired by a scene that was cut from the movie. The characters are wandering around looking for a party, and the fact that they’re black, of course, affects the way that they can have a good time in a way that it doesn’t really affect their white peers. I didn’t think as a first-time filmmaker I could put that in a movie. On the show, I got to slow down as a storyteller and investigate the little things.

You said that in the movie you had to build up to one thematic point. What was the main point you wanted to make with the film?

I felt like the blackface party was an opportunity for those who hadn’t experienced what it felt like to be thought of as a monolithic idea to experience that in a very visceral way.

But really I wanted it to hit people just how human these characters were because they’re all presented so broadly in the early parts of the film. I wanted you to realize you were probably wrong about who these people are, that there’s a depth to them that you maybe haven’t considered. And when say “you,” I mean black people, white people, anybody who saw the movie. I wanted them to say, “Wow what a shame it is that everyone, including myself, put these characters in this box. And what a shame it is that they’re oppressed by the fact that they don’t get to be many things.” That was really a moment of emotional impact. 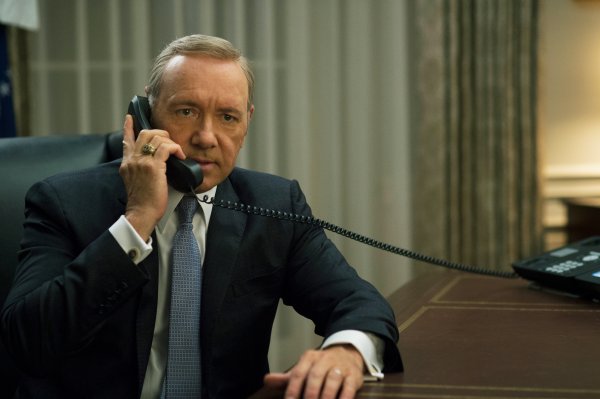 Here's What's Coming to Netflix, Hulu, Amazon and HBO in May
Next Up: Editor's Pick