Driven by the Delta Variant, the Fourth Wave of COVID-19 in the U.S. Could Be Worse Than the Third. In Some States, It Already Is

Just a month ago, even as signs of a fourth wave of COVID-19 infections in the U.S. were blossoming in the lower Midwest, the memory of a long, miserable winter kept us warm. Even places with burgeoning case rates were far below their catastrophic peaks over the holidays, when a combination of cold weather and defiant travelers contributed to a third wave in infections and deaths that drowned out the previous two spikes in April and July of 2020.

This is regrettably no longer the case. In five states—Hawaii, Louisiana, Mississippi, Florida and Oregon—the current number of daily new COVID-19 infections, averaged across seven days, has surpassed that winter peak, even with a substantial percentage of the population having received a complete dosage of the COVID-19 vaccine (though not nearly as many as public officials would prefer).

Hawaii is something of an anomaly, as its winter peak was not nearly as high as in colder, more accessible regions. Nationwide, the rate is 39.2, just over 50% of the winter peak of 76.5.

While plenty of states remain far below the winter peaks, as the Delta variant tears across the country, we can expect more and more states to experience a fourth wave that crests higher than the third, even as new outbreaks are inspiring more vaccine holdouts to hold out their biceps and breakthrough infections, while frightening and non-trivial, remain reasonably rare.

What is perhaps most sobering about this surge is that COVID-19-related deaths, which typically lag behind case surges by about two weeks, are starting to rise again. No state has yet surpassed the winter peak in deaths, but at 83%, Florida very well may, trailed closely by Louisiana at 67%. That figure is still 20% nationwide, well below the Jan. 13, 2021 peak of 1.04 fatalities per 100,000 people. It is currently at 0.21.

When it comes to the pandemic, no one wants to sound like Chicken Little. The sky might not be falling. But neither is the national case rate, or the number of people dying. 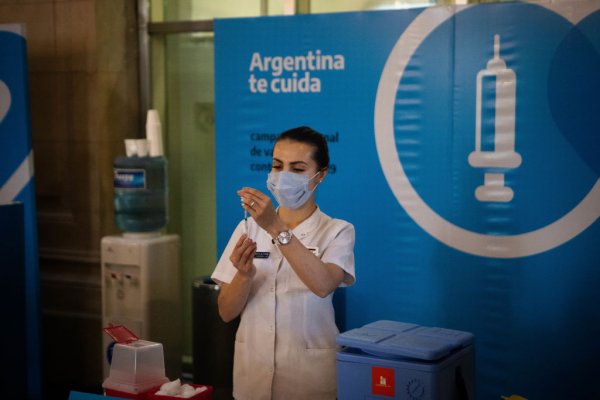 Global Cooperation is Our Only Hope to Recover From the COVID-19 Pandemic
Next Up: Editor's Pick