For her directorial debut, Maggie Gyllenhaal has chosen a complicated project, a movie that winds through complex emotional corridors that would challenge even an experienced filmmaker. That makes the feat she pulls off with The Lost Daughter—playing in competition at the 78th Venice Film Festival and hitting U.S. theaters and Netflix in December—that much more remarkable. Olivia Colman stars as Leda, a British academic on holiday in Greece—she has packed her luggage with books, half-apologizing for all the extra weight to the caretaker, Lyle (Ed Harris), who greets her at the property she’s rented. She finds a good spot on the beach and settles in. A charming Irish student named Will (Paul Mescal), working on the island for the summer, gallantly offers to move her chair out of the sun and into the cooling shadow of a beach umbrella. With her books, her beach chair and an ice-cream Will has brought her, she’s ready for some glorious languor.

Then a noisy, boorish and very large American family invades the beach. The men are belligerent for no reason; the women seem sly and manipulative. One of them, the fortyish Callie (Dagmara Dominczyk), strides over to Leda to ask her to move her umbrella and beach chair, to make more room for her sprawling family. Leda refuses; she’s prickly, defensive, but you get where she’s coming from—it’s always the woman alone who’s expected to move her beach chair, to accommodate others in some way, in a manner that doesn’t apply to men. Miffed, Callie slinks away, but returns later with a slice of birthday cake, intended as a peace offering. Leda is more hospitable this time, and the two women discuss Callie’s pregnancy, evident from her swelling tummy. Callie seems to be anticipating—or demanding—some soothing, platitudinal advice. Instead, Leda tells her, her mind suddenly having traveled elsewhere, “Children are a crushing responsibility.”

We learn why Leda feels that way as her backstory unfolds, revealed in a lattice of flashbacks through which we eventually see the whole picture: As a young wife and mother who’s building her academic career (her field is Italian literature), Leda—played in her younger incarnation by Jessie Buckley—is doing her best to raise her two daughters, but her nerves are frayed. Her husband seems oblivious to it all. A flirtatious fellow academic (played by Peter Sarsgaard) takes an interest in her, and she succumbs to an affair. All of this comes back to the older Leda—and is revealed to us—as she becomes fascinated by Callie’s sister-in-law, Nina (Dakota Johnson, in a nervy, brittle performance), a young mother herself. Leda observes Nina on the beach with her young daughter, who seems willful and moody. She and Nina strike up a tentative friendship, though Nina, slinky and appraising, seems to be eyeing Leda for what she can get out of her, though what that might be isn’t immediately clear.

The Lost Daughter is a lot to take in. (Gyllenhaal adapted the script from the 2006 Elena Ferrante novel of the same name.) Leda behaves a bit oddly: she’s socially awkward, often direct to the point of being unlikable. But she’s also kind, willing to reach out to help others who may be drowning, as she once was. Colman gives a marvelous performance, as a woman well into middle age whose spiky edge hasn’t been, and probably never will be, completely smoothed: she’s a mix of nettles and swan’s down, and you never know what you’re going to get. By the movie’s end, you feel you’ve come to know a complex and wholly believable human being.

And at the core of The Lost Daughter is a daring and dangerous idea: It’s an exploration of what motherhood can drain from a woman—a dramatic switch from the typical glassy-eyed bromides about how rewarding it is to bear and raise children. Buckley is terrific, her performance meshing so perfectly with Colman’s that it’s easy to see the older woman within the younger one, and vice-versa. Both Colman and Buckley are skilled, gifted performers, but the movie’s themes are demanding and tricky; I could imagine some people being repelled by them. Gyllenhaal shapes these ideas beautifully, in a way that feels searching and exploratory, never judgmental. And you get the feeling she’s fallen a little in love with her actors. That’s not a requirement for every movie, but perhaps for one like this, which dives so deeply into the soul of a woman who had to seize her own happiness, that extra bit of tenderness can make all the difference.

To call The Lost Daughter an assured debut is to do it a slight disservice—assurance suggests that a filmmaker knows everything going in. What we see in The Lost Daughter is something greater: the act of discovery—of the gifts actors can bring to a story, of how to hold a complex narrative together—in progress. That’s what makes this movie so effective, so occasionally troubling, and so alive. Gyllenhaal lets us ride the learning curve with her. 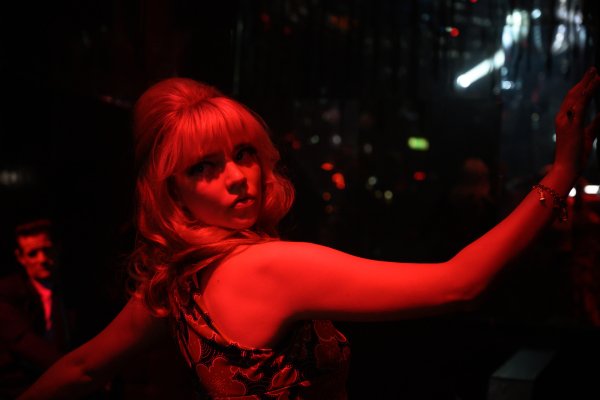