Kristen Stewart is a tiger in actor form, one of our most gifted and understated young performers. Her fearlessness is the casual kind, arriving without fanfare or advertisement—languid one minute and ready to leap the next, she’s a master of the slow blink. When the news came out that Jackie director Pablo Larraín had cast her as Princess Diana, it sounded as if genius had struck with the perfectly tuned tinkle of a sterling dinner bell. Stewart would be just the person to capture Diana’s coquettish vulnerability—and to wear the movie equivalent of her elegant and distinctive wardrobe, clothes that seemed to give the sad princess so much pleasure to wear that it made you feel grateful for the existence of sheep and silkworms. That poor woman, married to a dud prince and stuck in a meat grinder disguised as a royal family, deserved to have some joy in her life.

But Spencer, the movie Larraín has now delivered—premiering at the 78th Venice Film Festival—feels less a cry of the heart than a parody of a parody, and through no fault of Stewart’s. The setting is the Christmas holiday, 1991. Diana is due to appear at Sandringham, the country retreat of Her Majesty the Queen, for a three-day celebration, if one could call it that, and one shouldn’t—Larraín does capture the stifling aura of royal holiday rituals. Diana is driving through the countryside by herself, in a jazzy little sportscar—something unlikely to happen in real life, but this is, as a title card tells us “A Fable from a True Tragedy.” The notion of Diana behind the wheel, feeling wild and free for once, isn’t a bad starting point for a movie.

Kristen Stewart as Princess Diana in 'Spencer'
Courtesy of Neon

But Diana is lost, in all ways. She stops at a small restaurant to ask for directions, and the locals gawk. Stewart-as-Diana blinks shyly, inclines her head, stammers politely—the complete Diana repertoire we know from photographs and news footage. In her tartan bouclé jacket, a Chanel bag slung over her shoulder, she’s anything but regular folk—yet she acts surprised when the locals recognize her patented charm routine. She eventually makes it to the estate, very, very late—she has arrived after the queen, an enormous faux pas, and it’s clear the whole family has their knives out for her, anyway.

The her-against-them dynamic is true to what we know from real life. But as Stewart plays Diana here—and as Larraín shapes the material, which was written by Steven Knight—she’s so unpleasantly self-centered that you’re not sure she’d be a good guest at any Christmas. She’s late for every meal. She skulks about the house with her shoulders hitched to her ears, looking as if she’s about to pocket some of the royal silverware. She complains, endlessly, to herself and anyone who will listen—chiefly her deeply sympathetic maid, played by Sally Hawkins—that the family hates her and is trying to drive her crazy. In a nutso glamour montage, she swirls around the house and its environs in a series of silken gowns and chic daytime ensembles, the camera fluttering around her like a wounded swan. The staleness of her life hangs around her like an oppressive but very expensive perfume, and this whole movie is the commercial for it. Let’s call it Miss Dolor.

I know, I know: this isn’t a true-to-life movie about Princess Diana, it’s an interpretive dance about her gestalt, an Isadora Duncan-style leap into the satin-and-sadness psyche of a misunderstood and persecuted woman. Spencer strives to do for Diana what Jackie did for Jackie Kennedy—to build a feverish dream story around a woman wounded by real life. (Though Jackie is perhaps a worse movie—too arch by half.) I understand that in Spencer, when Anne Boleyn herself shows up at the royal Christmas Eve dinner, one unfortunate queen blinking a warning to a woman who might be headed for a similar fate, it’s not supposed to be real—it’s symbolic. But boy, is it dumb. When Diana sees this queen-ghost, she instinctively reaches for the strand of jumbo pearls around her neck—which, shot in Larraín’s patented technique of Obvi-o-Scope, represent a virtual beheading, especially given that we’re told Prince Charles had also given Camilla Parker Bowles the very same necklace. Diana, unloved, the recipient of a lousy gift from a clueless husband, is about to be discarded just as Anne was. She breaks the necklace right off her neck; the gumball-sized pearls spill into her soup, which she begins devouring ravenously, beads and all, in a hallucination of manic suffering.

Kristen Stewart as Princess Diana in 'Spencer'
Courtesy of Neon

Is this campy fun or inadvertent character assassination? It’s hard to say which. Larraín loves the breaking-the-pearls image so much that he recycles it later in the film, as if repeating it would somehow double its power. Meanwhile, Stewart gives her all, as she always does. But she plays Diana as a mannered doe—all wrong, given that does are the most unmannered creatures on Earth. Her performance is clearly stylized, but it’s also packed with calculation and guile. Larraín turns this Diana into exactly the thing the royal family accused the real-life Diana of being, a willful and pouty constant complainer. Stewart puts poignant quotation marks around every line—how could a director look at this nonsense in a monitor and think, Brava! (The intuitive mind-meld Stewart seems to have with French director Olivier Assayas is not in play here.) The Princess Diana of Spencer is a wronged innocent who seems sadly hooked on her victim status. It’s supposed to read as vulnerability, but it looks a lot like megalomania, surely the exact opposite of what Larraín intended. Maybe those of us who notice this are supposed to look the other way, coughing politely into our gloves. But with friends like these, Diana doesn’t need enemies. 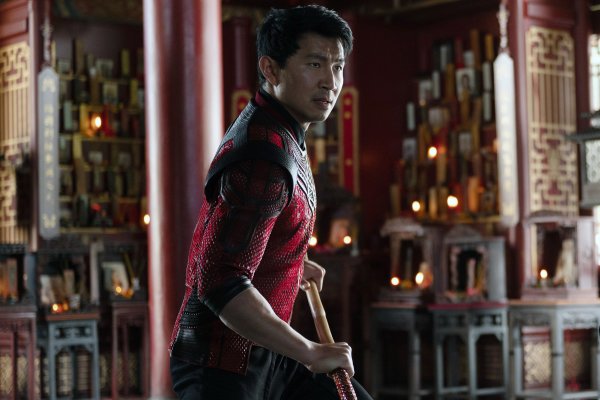 Shang-Chi and the Legend of the Ten Rings Made Me Feel Seen Like No Other Hollywood Blockbuster Has
Next Up: Editor's Pick