While there’s apparently some confusion over Ellen DeGeneres‘s invitation to Dakota Johnson‘s birthday party this past October, it’s fair to say she will not be making the guest list next year.

The Suspiria actor made that much very clear in her Nov. 27 appearance on The Ellen Show, crafting a viral “I said what I said” narrative to match even Keke Palmer’s “I’m sorry to this man.”

In a too-awkward-to-pause video viewed millions of times over the holiday weekend — and generating many a genius reaction meme — the talk show host started her interview with Johnson with a complaint that she hadn’t been invited to her 30th birthday party. Things went downhill from there.

“How was the party? I wasn’t invited,” DeGeneres said.

Johnson did not come to play, or to be wrongfooted with the first question thrown at her thank you very much. “Actually, no, that’s not the truth, Ellen. You were invited,” she calmly replied.

During an episode featuring Johnson last year, DeGeneres had previously spoken of being bothered by the fact she didn’t earn an invite to Johnson’s 29th birthday bash. (Some serious FOMO happening there, then.) So this year, Johnson said she had tried to make amends. “I did invite you and you didn’t come,” Johnson told DeGeneres, adding that she could “ask everyone” to confirm — “ask your producer, Jonathan,” she continued. Someone off of the set shouted to confirm that she had been invited, but that DeGeneres was out of town.

As it happens, Johnson’s birthday party fell on Oct. 5 — the same weekend that DeGeneres was at a Dallas Cowboys football game with George W. Bush. Her hangout with Bush led to criticism online, which the host ended up addressing during her show.

Johnson’s sass and assurance that DeGeneres was indeed invited brought Baby Yoda memes and more. Here were some of the best reactions to the whole disastrous saga, which appears to have taken only a minute according to the video clip but certainly feels like it lasted forever?

Neither star has commented on the fallout, but we hope DeGeneres at least sent along a tardy birthday card or gift. Given the last few days, perhaps a set of artisanal salts? 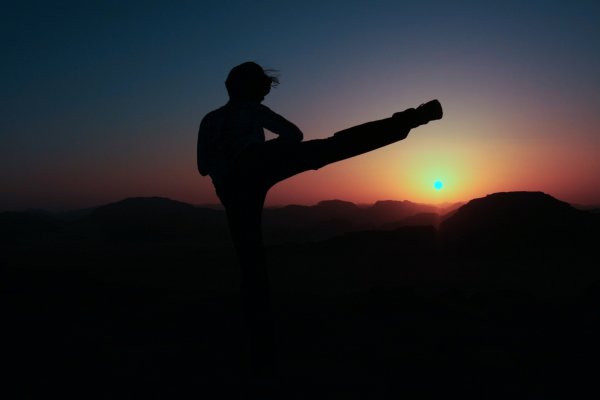 No One Can Look Away From 'Karate Guy' Spicing Up This News Segment
Next Up: Editor's Pick