The Biggest Snubs and Surprises of the 2020 Golden Globe Nominations

The nominations for the 77th Annual Golden Globe Awards were announced Monday morning, led by Marriage Story and The Irishman on the movie side, and Chernobyl, Unbelievable and The Crown for television. The 2020 Golden Globes, which will air on Sunday, Jan. 5 and be hosted by ceremony veteran Ricky Gervais, will see strong representation from Netflix among both big- and small-screen contenders. The streaming service received best picture nods for Marriage Story, The Irishman, The Two Popes and Dolemite Is My Name. Apple TV+ has also entered awards contention for the first time, with nods for its flagship series The Morning Show.

The nominees, as always, included several unexpected faces, and more than a few notable absences. Here are the biggest snubs and surprises among the 2020 Golden Globes nominees.

Last year, when Netflix was shut out of both best picture categories at the Golden Globes, Hollywood was perhaps making its last stand against the streaming deluge. This year is a different story: Netflix has three of the five best drama nominees (The Irishman, The Two Popes, Marriage Story) and four out of ten overall (including Dolemite Is My Name in the comedy or musical category). Amazon fared less well overall—though The Report and Late Night still picked up nominations in acting categories, for Annette Bening and Emma Thompson, respectively. For all of the hand-wringing about streaming’s corrosive effect on filmmaking, the top talent has migrated there, as has the audience, and now it has the nominations to back it all up. The momentum seems unstoppable.

Greta Gerwig’s adaptation of Louisa May Alcott’s coming-of-age classic has received triumphant reviews: it currently has a 96% on Rotten Tomatoes, and TIME’s critic Stephanie Zacharek named it one of the 10 best films of the year, calling it “verdantly alive.” But the movie was snubbed in many categories in which it was expected to compete. Gerwig was left out of the best director category, keeping that category all-male for the fifth straight year (since Ava DuVernay’s Selma). Florence Pugh, despite delivering a widely-hailed performance, was left out of the supporting actress category, and the film failed to receive a best picture nod.

The cast of Knives Out has received plenty of Golden Globes love over the years: Jamie Lee Curtis, Toni Collette, Don Johnson and Christopher Plummer have all won. And while Daniel Craig received an expected nomination, the other member of the cast to be recognized this year was a relative newcomer: Ana de Armas. But she was nominated for good reason: her character Marta is the film’s true protagonist, and required a tricky balancing act between compassion and cunning.

“It was a dream. These characters don’t exist,” de Armas told TIME in a November interview. “Especially in this type of setup: a wealthy family played by all of these big movie stars, and then you have a Latina—the last thing you would imagine is that the movie is about her.

It’s been nearly nine months since Us arrived in theaters, but that’s no excuse for voters to have completely forgotten about Jordan Peele’s terrifying and intricate film. Lupita Nyong’o, who transformed her voice into a guttural rasp and excelled in two extremely different roles, won best actress at the New York Film Critics Circle Awards, but failed to register with the HFPA.

If established actors like Eddie Murphy, Leonardo DiCaprio or Daniel Craig want to win the Golden Globe for best actor in a musical or comedy, they’ll have to beat out a preteen who initially thought he was auditioning for Peter Rabbit. While Roman Griffin Davis might have, at first, been confused about his part, he floored audiences as Jojo, a member of the Hitler Youth who comes to terms with the Jewish girl his mother is hiding in their house. “The tumult of his feelings, beautifully realized by the 11-year-old Davis, gives the film sweetness and charm as well as a sense of ethical urgency,” A.O. Scott wrote in the New York Times.

The Golden Globes have earned a reputation of championing heartwarming stories that border on staid (See: The Greatest Showman, Florence Foster Jenkins). So it was a bit surprising to see this year’s crop so thoroughly dominated by dark films full of bloodshed. The gory Joker made many American audiences queasy—but considering the eight-minute standing ovation the film received at Venice, perhaps it’s unsurprising that the film fared so well with the Hollywood Foreign Press, with even director Todd Phillips receiving a nomination. Sam Mendes was similarly rewarded for his bleak WWI trench film 1917. And The Irishman, Once Upon a Time … in Hollywood and Parasite all featured much blood and painted houses and scored major nominations.

Meanwhile, genteel films like A Beautiful Day in the Neighborhood and Cats—which might have previously been catnip (sorry) to the Globes—were relegated to other categories, like supporting actor (Tom Hanks) and original song (Taylor Swift’s “Beautiful Ghosts” from Cats). Maybe the trend is a coincidence, or maybe it’s a sign of the times.

Maybe it was all of the music blasting out of car speakers, or maybe viewers just didn’t get to the end of Once Upon a Time … in Hollywood. Either way, it was a surprise to see Quentin Tarantino’s film in the “musical or comedy” category, considering all of his previous films have been nominated on the drama side.

That film wasn’t the only source of genre confusion, especially as ambitious directors explored the space between the two poles. Judy, about the singer Judy Garland, was labeled a drama despite Renée Zellweger’s many musical performances; The Farewell, about the impending death of a loved one, a comedy. And Uncut Gems was reclassified from comedy to drama at the last minute, leaving Adam Sandler out in the cold from an extremely competitive category that snubbed even Robert De Niro.

Then again, given that the HFPA awarded the musical biopic Bohemian Rhapsody a Globe for best picture in the drama category last year, unexpected designations are not exactly a new phenomenon here.

Snub: When They See Us gets shut out

Jharrel Jerome in 'When They See Us.'
Atsushi Nishijima/Netflix

If any entry in the limited series/TV movie categories should’ve been a lock, it was Ava DuVernay’s docudrama about a group of black and Latino boys from Harlem who spent an evening hanging out in Central Park and ended up getting framed for a grisly act of sexual violence in one of the most notorious miscarriages of justice in recent decades. A critical favorite since it debuted on Netflix this spring, When They See Us earned an Emmy nomination for best limited series—as well as no fewer than eight acting nods. Jharrel Jerome, who took home the lead actor trophy for his stirring portrayal of Korey Wise, feels like a particularly egregious snub on the part of the HFPA. It seems worth mentioning that, of the 15 shows nominated for best drama, comedy and limited series, only Killing Eve features a nonwhite lead.

Netflix can’t be too upset about its performance in the limited series race, however—because it scored four nominations in three categories for this wrenching miniseries based on a real-life serial rape case. Plenty of pundits guessed that Unbelievable would get an overall nod, as well as lead-actress recognition for the wonderful Merritt Wever, who anchored the show as a brilliant, perfectionist detective. Less predictable—but equally welcome—are the nominations for co-star Kaitlyn Dever (heartbreaking in the role of a survivor who’s mistreated by police) and, in the supporting actress category, Toni Collette as Wever’s brash, brassy de facto partner.

Snub: Three beloved comedies that aren’t long for this world

First Julia Louis-Dreyfus loses her umpteenth Emmy—and the last one for which she’ll be eligible for Veep—to Phoebe Waller-Bridge. And now the HFPA has the temerity to shut out America’s reigning queen of comedy in her show’s final year? Despite the Globes’ well-documented bias toward all things new, which may account for Veep’s absence from every round of nominations since 2016, you absolutely hate to see JLD denied her victory lap. The Good Place and Schitt’s Creek—fantastic sitcoms which are also on their way out, and whose stars were also predicted to get some recognition in the acting categories—are also absent from the field. The good news is that both are slated to air their last episodes in early 2020 and thus will be eligible for nomination one more time.

Snubbed by the Emmys and under-discussed upon its release, Hulu’s Ramy gave us one of the year’s most original, resonant characters in comedian Ramy Youssef’s semi-autobiographical protagonist, a young man trying to square his secular lifestyle with his Islamic beliefs. It’s certainly good news to see him beat out competitors like this year’s Globes host Ricky Gervais—who was a favorite in this category despite the fact that many of us had already forgotten he even had a show this year. (It was called After Life.)

During their initial runs, Deadwood and Breaking Bad—two critically adored dramas that rank among the best shows of television’s early-21st-century golden age—fared very differently in awards races. While the latter scored multiple drama series victories, along with racking up trophies for Bryan Cranston and Aaron Paul, Deadwood earned just one major prize: In 2005, Ian McShane won best actor for his role as Al Swearengen, in what I’d call the best TV performance of all time. So it would’ve been nice to see him acknowledged for the beautiful bit of closure he brought to Al’s story in this year’s wistful coda Deadwood: The Movie. Alas, both his show and Breaking Bad movie El Camino—featuring one of Paul’s strongest performances as Jesse Pinkman—got shut out of the crowded limited series/TV movie categories.

Surprise: Christina Applegate, Dead to Me

Christina Applegate in 'Dead To Me.'
Saeed Adyani / Netflix

A wonderful, charismatic comic actress who’s been in the spotlight since playing Kelly Bundy on Married… With Children, Christina Applegate has a habit of choosing vehicles that never quite find their audiences: Up All Night, Samantha Who?, Jesse. But she’s at her best in the Netflix black comedy Dead to Me, as a recently widowed mom with an anger problem who befriends a free spirit (Linda Cardellini) with a big secret—which might explain why she beat out such eminences as Julia Louis-Dreyfus and Catherine O’Hara for a lead actress nomination.

Look, no one is crying for Succession; it got a best drama series nomination, as well as individual nods for Brian Cox and Kieran Culkin. Still: This is an ensemble show, and this year’s episodes hinged on finely calibrated performances from Sarah Snook as Shiv, whose rise and fall as her father’s presumptive successor shaped the season’s arc, and Jeremy Strong as an increasingly pathetic (until he wasn’t) Kendall. Snook’s poker-faced character demanded rare subtlety, amid a cast of outsize characters. And Strong, well, remember when Kendall rapped?

The sweetest snub of all. Critics—along with plenty of fans—hated the way creators David Benioff and D. B. Weiss chose to end this era-defining fantasy epic, which cost HBO unprecedented sums of money but still managed to air an episode featuring an errant coffee cup. Yet the show still won its fourth drama series Emmy in September because, well, the Academy of Television Arts & Sciences sure does love a hit. A more erratic voting body on the whole, at least the HFPA has the independence to be refreshingly salty when it counts. 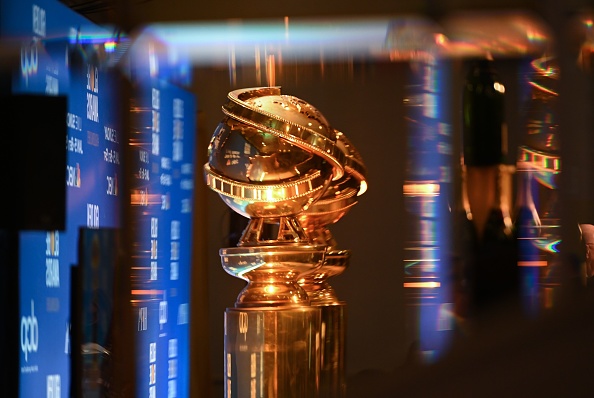 Here Are the 2020 Golden Globes Nominees
Next Up: Editor's Pick