Waller-Bridge appeared truly shocked to receive the award, which was her second win that evening for her work on Fleabag. Earlier, she won an Emmy for Writing for a Comedy Series for Fleabag, which is also nominated for Best Comedy Series.

“No! Oh my god, no!” she said as she accepted the award. “Thank you. I find acting really hard and really painful,” she said, echoing a similar comment she made in her first acceptance speech about her feelings toward writing.

Waller-Bridge’s win in the acting category came as an early surprise at the 2019 Emmys. Julia Louis-Dreyfus, who was also nominated in the Lead Actress category for her role as Selina Meyer on HBO’s Veep, had previously won the award every year the show was eligible for competition. This year, having returned for an acclaimed final season after being treated for cancer, she was widely expected to win again and set a new record for the most acting Emmy Awards in the history of the show. With the award going to Waller-Bridge, Louis-Dreyfus remains tied with Cloris Leachman for the most acting Emmys, with eight awards each.

Waller-Bridge also joins Tina Fey in winning writing and acting Emmys in the same year. Fey won both in 2008 for her work on 30 Rock.

Many viewers were happy to see Waller-Bridge win after proving herself as an undeniable talent between Fleabag and her other creation, the TV adaptation of Killing Eve. Others who were hoping to see Louis-Dreyfus victorious found the moment bittersweet. 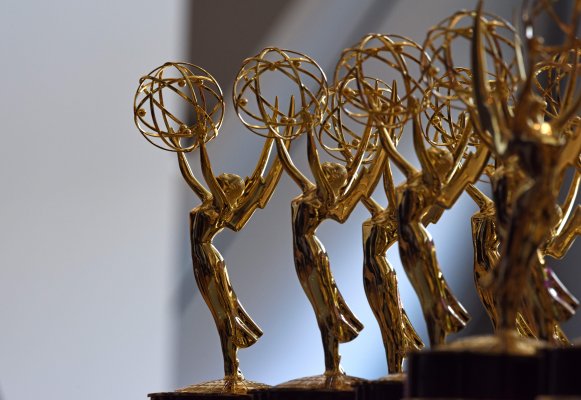 See All the Winners of the 2019 Emmys
Next Up: Editor's Pick