Russia Was Linked to 14 Deaths in the U.K., but Britain Looked Away. A New Book Explores Why

Military personnel at the site near the Maltings in Salisbury on April 24, 2018, where Russian double agent Sergei Skripal and his daughter Yulia were found on a park bench
Ben Birchall — PA Images via Getty Images
By Madeline Roache

It began with an anonymous phone call. A woman called the British investigative journalist Heidi Blake in March 2015, gave her an address, and told her she had a story. Blake turned up at an address in Pimlico, London where Michelle Young was waiting for her. In December 2014, Michelle’s ex-husband, Scottish property developer Scot Young, 52, was found impaled on iron railings after he fell from the fourth floor of his girlfriend’s flat in Marylebone, West London. The death made headlines, raising concerns that it was linked to a series of suspicious deaths of businessmen in the U.K.

Michelle told Blake, who has been the Global Investigations Editor at BuzzFeed News since 2018, that she believed her ex-husband been murdered. She wanted the journalist’s investigative team to look into it. She handed Blake a wealth of evidence about Young’s business affairs; it soon became clear that he had deep connections to several Russian oligarchs, who had fled to the U.K because they had fallen out of favor with President Vladimir Putin, who came to power in 2000, and needed a safe place to stash their money. “That’s where we began,” Blake says.

Over the course of a two-year investigation, BuzzFeed News discovered that Young was one of 14 people whom U.S. intelligence officials suspected were assassinated on British soil by Russia’s security services or mafia groups. The list includes Boris Berezovsky, an exiled Russian oligarch, who was found hanged in his flat in 2013 and eight members of his inner circle. But the British government intelligence passed on by its closest ally, Blake says, and did not treat the 14 deaths as suspicious.

Blake, whose new book From Russia with Blood: Putin’s Ruthless Killing Campaign and Secret War on the West is published Nov. 19, spoke to TIME about why the U.K. has long been reluctant to take the suspected Russian hits seriously.

TIME: Why was U.K. hesitant to confront the suspected assassinations?

Heidi Blake: That’s the burning question. We at BuzzFeed spent years talking to government officials, former and current, to piece together an understanding. What emerged was that the British government—in common with other governments in Europe and the U.S.—was extremely anxious to court Putin in the hopes that he could be brought into the institutions, alliances that underpin the stability of the Western liberal world order. Putin was given a spot in G8, brought into closer cooperation with NATO, became a central part in the war on terror and played a leading role in the Iran nuclear deal.

There was also a huge dependency on Russian energy and on the Russian money that pours into Western economies, especially in London.

The general feeling in government circles was that it’s better to keep Putin on our side, than to pick a fight with the Kremlin over what seemed to be isolated incidents, as well as risk what looked like an opportunity to build a lasting alliance with Russia.

The British government’s reaction to the case of the former FSB officer Alexander Litvinenko, who died in the full glare of the world’s media from radiation poisoning in London in 2006, was very telling. The government resisted calls for a proper investigation into his death for eight years, citing the need to protect “international relations” with Russia, and only after a series of jaw-droppingly audacious moves by the Kremlin did officials relent and open a public inquiry that ultimately found in 2016 that the assassination had likely been on Putin’s orders.

A U.K. counter-terrorism unit investigated the 2018 Skripal case and deemed it an attempted assassination and a murder. What changed the U.K.’s approach?

In recent years, it’s become ever more apparent that Putin never intended to enter the liberal fold, honestly cooperate with Western governments and that he’s been waging a covert war of subversion against Western institutions. Western officials are now waking up to the fact that it has been a huge mistake to turn a blind eye.

The attack against Sergei and Yulia Skripal in Salisbury with a chemical nerve agent—the first time a nerve agent has been used on European soil since the Second World War—that endangered the lives of hundreds of innocent civilians in Britain, was a real watershed moment. The British government realized that the Russian campaign of assassinations had just been allowed to spin out of control. Now, governments are scrambling to get to grips with it.

These deaths are about more than eliminating an individual. What message is Russia trying to send?

These deaths are part of Russia’s propaganda operation—they aim to show the muscle of the Russian state and warn anyone considering betraying the motherland that if you cross Putin, there’s no safe place for you, the long arm of the Russian state can reach you anywhere.

But they’re also about telling Western governments not to tangle with Russia. The attempted assassination of the Skripals is a case in point. Novichok is a highly conspicuous Russian poison, which was developed by the Soviets and is known to Western intelligence as originating in Russia. That attack was a message with a very clear return address.

When the U.K. stood up to Russia after the Skripal case, in some ways, it played into Putin’s hands. [Then Prime Minister Theresa May said it was “highly likely” that Russia was responsible and framed it as an act of war. Britain and its allies expelled 153 Russian spies from Western capitals, imposed sanctions and impeded trade.] Is this an unwinnable war?

Western governments are caught in a huge dilemma when responding to Russian attacks. And it’s difficult to say what is the right approach. Putin used the strong British response to the attack on the Skripals as an election tool and helped himself to a massive majority in the 2018 presidential elections, on the back of language about Russophobia and the ‘Western enemy’. All of that plays into his strongman image and the sense he wants to create that the world outside his borders is full of adversaries and only Putin can be trusted to defend the motherland.

There’s a large community of Russian dissidents in the U.K, several of whom are in contact with Scotland Yard about their safety. Some of them live everyday in fear and have to employ heavy-duty security measures. I would have thought it’s only a matter of time before there’s another suspicious death. This is an ongoing and escalating problem.

Taking a firm line draws a bellicose response from the Kremlin. But there has to be a point where governments draws a line. The price of appeasement, as history has taught us, is too steep. 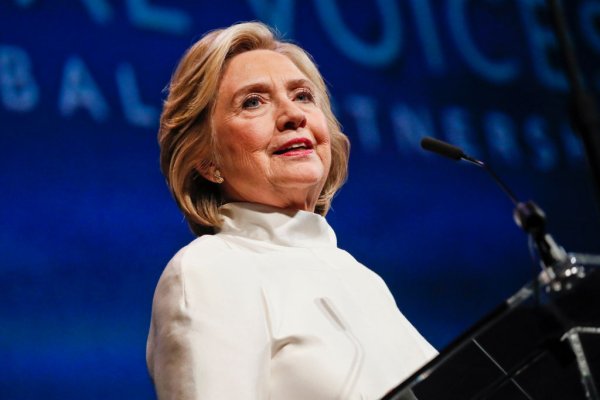