Russians have a colorful term for the notion of energy dependence. “The oil-and-gas needle,” which evokes the image of a heroin syringe filled with crude, is used to describe the twin addictions of the European energy market. Russia’s economy depends on the sale of energy to Europe just as Europe depends on Russia for its fuel supplies, and neither side seems capable of weaning itself off the habit. On Thursday Europe pledged once again to try, though history suggestsit has no chance of going cold turkey.

At a summit of the G7 club of wealthy nations in Brussels, the U.S. pledged to work with its European allies to end its energy dependency on Russia, in the hope of preventing the Kremlin from using oil and gas as tools of political influence. “The use of energy supplies as a means of political coercion or as a threat to security is unacceptable,” the forum, attended by U.S. President Barack Obama, said in its final declaration. “The crisis in Ukraine makes plain that energy security must be at the center of our collective agenda.”

The West has said all this before. Over the past decade, Russia has cut off or sharply reduced the flow of natural gas to Ukraine several times, often as a form of political pressure. Because more than half of all Russian gas supplies to Europe flow through Ukrainian pipelines, these disruptions have also left European states without enough fuel to power their factories or keep their citizens warm. The worst incident came around New Year’s Eve 2009, when a price dispute between Russia and Ukraine resulted in fuel shortages in 18 European countries in the dead of winter.

The worst hit nations that year were the most dependent ones, particularly in Eastern Europe, where consumers rely on Russia for practically all of their natural gas. The European Union as a whole gets nearly a third of its oil and gas from Russia, and after the crisis of 2009, it realized more clearly than ever that it needed to make a change. “It was utterly unacceptable that European gas consumers were held hostage to this dispute between Russia and Ukraine,” Jose Manuel Barroso, the President of the European Commission, said at the time.

So the G7 declaration on Thursday, with its invocation of the “unacceptable,” sounded very familiar. Its proposals also offered nothing new. Just as the E.U. did five years ago, the members of the G7 promised to find alternative sources of energy, to expand the use of renewable power like wind and solar, and to draw up emergency plans for the next time Russia shuts off the taps. But none of those pledges stopped Russia’s share of the European gas market from climbing to 30% as of last year, compared to less than a quarter in 2009. (Russia is also the main supplier of both coal and uranium for fueling Europe’s power plants.)

“That’s not going to change any time soon,” says Mikhail Korchemkin, the director of Eastern European Gas Analysis, a U.S.-based energy consultancy. “Russia will remain Europe’s main energy supplier for years to come.” Even if the West implements all of the G7 proposals, Russia’s share of the European energy market will drop at best from a third to a quarter, Kochemkin says. “The gas taps will still be a weapon at Russia’s disposal. If it doesn’t like the way Bulgaria is behaving, it can cut the supplies. And the same thing goes for Germany.”

That level of control over the European fuel market has been at the core of Russia’s state energy strategy for years. “Russian pipelines will become an integral part of the energy bridge between Europe and Asia,” states the version of the strategy adopted in 2009. “And Russia will be the key center for its control.” As part of that mission, Russia has been building vast new gas pipelines to Europe and has been buying up existing energy assets inside the E.U.

The U.S. could, at least in the long term, help counter Russia’s dominance on the European market, and E.U. leaders have started lobbying Obama to allow American companies to export more gas to Europe. The president has remained non-committal, not least of all because exporting gas would raise prices in the U.S. by taking supplies away from the home market. But even if the U.S. did begin shipping more gas to Europe, it wouldn’t do much to change the equation. “We’d never approach what the Russians have been,” says Keith Crane, an energy expert at the RAND Corporation. “We’d still be a marginal supplier.”

And there is nothing in the G7 declaration to suggest that Europe has come up with any breakthroughs in quitting its addiction to Russian gas. Its best hope seems to lie in a revival of the political will to seek alternative sources of energy, which will take years if not decades to shift the balance of European consumption away from Russia. In that timeframe, the sense of urgency that has emerged from the latest crisis in Ukraine is likely to fade, just as it did after the previous crisis in 2009, and the one before that in 2006. So the dependence on Russian gas may be unacceptable to Europeans, but kicking the habit will likely remain an elusive goal. 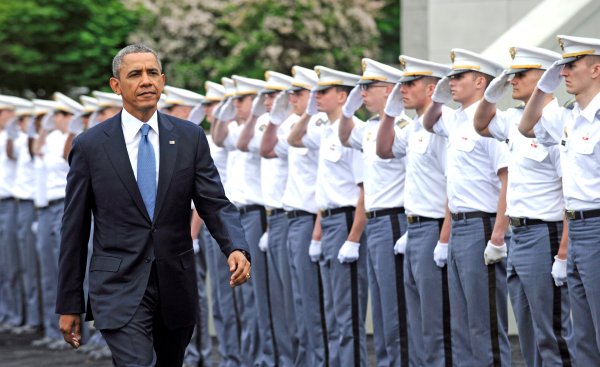