Here Are All the Times J.K. Rowling Has Spoken Out Against Donald Trump on Twitter

Long before Donald Trump was elected as the 45th president of the United States, J.K. Rowling made her feelings about him abundantly clear.

Back in December 2015 — when Trump was still considered by many to be a long shot for the Republican nomination — the Harry Potter author took to Twitter to compare him to Voldemort, declaring him worse than the wizarding world’s most evil villain. “How horrible,” she wrote, referencing the candidate’s call to ban Muslims from entering the U.S. “Voldemort was nowhere near as bad.”

Since then, she has kept up a stream of biting commentary on Trump, criticizing him both on social media and while speaking at events like the 2016 PEN Literary Gala. While this has created a divide between Rowling and some Harry Potter readers who support Trump, many of Trump’s detractors consider her words an extension of themes — such as tolerance and acceptance — emphasized in the famed series.

Fans have long looked to Rowling for inspiration so much so that it’s not surprising that her opinions on important world affairs matter to those who view her as a role model.

Recently, she has even become something of a viral hit for her willingness to publicly express her opinions. See the evolution of Rowling’s clapbacks below.

Following the leak of a 2005 tape in which Trump suggested that his fame allowed him to sexually assault women without consequences, Rowling called out not only his words, but his defense of them:

And when election night rolled around, Rowling had an inspirational message for those who were feeling discouraged by the outcome:

Of course, the writer in her couldn’t help but take note when the president misspelled “unprecedented” in a tweet:

The then president-elect deleted this tweet and reissued the message with the corrected spelling.

After Trump criticized Meryl Streep following her now-infamous Golden Globes speech, Rowling made it clear she was hoping for the same fate:

Trump’s relationship with the media

Days later, she snarkily weighed in on the president’s tweet denying and denouncing the unsubstantiated report that Russia had compromising information about him:

And on another when he argued that the media was biased against him:

A widely circulated quote from the president’s interview with The Times of London on who he considers his heroes also garnered a reaction from Rowling:

How Trump feels about polls

Rowling followed that up with a quip about a tweet in which Trump stated that any polls showing Americans were not in favor of the ban were inaccurate:

A Trump will never ride the Hogwarts Express

She even called on the fictional wizarding world for inspiration, dealing a fatal blow to the Trump family’s chances of making it into Hogwarts:

Trump in the third person

And when Trump tweeted criticism of FBI Director James Comey’s treatment of both himself and Hillary Clinton in the third person, Rowling had a snappy retort.

An op-ed by New York Times columnist David Brooks on what he characterized as Trump’s tendency to act like a “7-year-old boy who is bouncing around the classroom,” prompted a quick repost by Rowling.

The media’s treatment of Trump

After Trump stated that “no politician in history” has ever been treated as unfairly as he while speaking at the Coast Guard Academy, Rowling shared her own take on the matter.

When Trump’s use of the word “covfefe” in a late-night tweet baffled the Internet, Rowling joined the masses in poking fun at the apparent typo.

Following a series of terrorist attacks on and around the London Bridge that left seven people dead in June, Trump criticized London Mayor Sadiq Khan’s response to the tragedy — a reaction that Rowling took exception to.

Welcoming Trump to the United Kingdom

And leading up to Trump’s planned state visit to the U.K., the author suggested a creative show of opposition involving the aforementioned London Bridge tweets.

The investigation of Trump for obstruction of justice

In the wake of special counsel Robert Mueller expanding the the investigation into Russian meddling in the 2016 election to include an investigation of the President to examine if he attempted to obstruct justice, Rowling reached out to fellow writer Stephen King for his take on Trump’s state of mind. 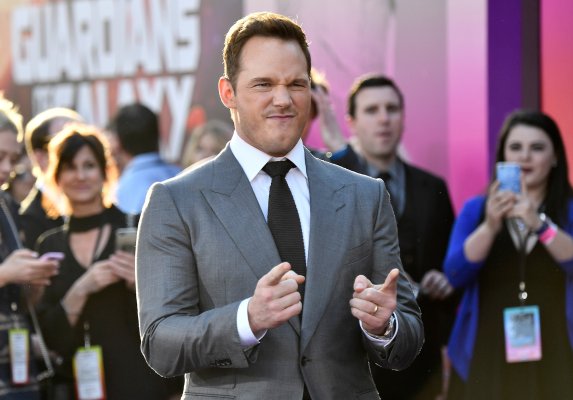 Chris Pratt Has a Hilarious Method for Combating Sweat
Next Up: Editor's Pick