The 2021 Emmy nominations are out, and Tuesday morning’s live announcement stream—hosted by last year’s heartwarming father-daughter winner duo Ron Cephas Jones and Jasmine Cephas Jones—offered the usual long list of items to complain about. There were the mispronunciations (Ann Taylor-Joy sounds like the name of an extremely weird women’s workwear brand) and the obligatory nods to past-their-prime Emmy darlings, from The Handmaid’s Tale to This Is Us. The surprises were mostly bad ones: Emily in Paris for best comedy series? Yet another nomination for Jimmy Kimmel in a world where Desus & Mero exists? And as hard I try not to care too much about this absurd yearly ritual, some of the snubs really stung. I mean, did these people even watch the great HBO Max miniseries It’s a Sin, or Renée Elise Goldsberry in Girls5eva, or Ethan Hawke in The Good Lord Bird, or The Underground Railroad‘s versatile young star Thuso Mbedu?

But to gripe at length about these choices would be to miss the bigger picture: the Primetime Emmy Awards have, as an institution, become every bit as outdated as their anachronistic name suggests. For once, the main problem is not a pool of nominees who are #SoWhite or #SoMale. It’s that the very categories the Television Academy divides them into, and particularly the ones it chooses to highlight in the nominations announcement and subsequent Emmy telecast, are increasingly ill-equipped to showcase the best of TV as we watch it now.

For one thing, the distinction between comedy, drama and the once-obscure, now supremely competitive limited series category has become arbitrary at best and purely political at worst. Look at this year’s nominees. Can anyone explain what makes Amazon’s superhero satire The Boys a drama but HBO Max’s darkly funny murder mystery The Flight Attendant a comedy? Could HBO possibly have canceled Lovecraft Country, whose Season 1 finale felt pretty final, in order to enter it in the less-crowded drama-series category, as some have suggested? (Cancel culture strikes again, am I right?) Also: did Steve McQueen’s excellent Small Axe—five individually titled, feature-length works set in London’s West Indian community between the 1960s and the 1980s—not meet the Academy’s definition of a limited series, or was it simply deemed inferior to Marvel’s prestige-lite WandaVision?

Small Axe standouts Mangrove and Lovers Rock didn’t receive recognition as features, either, although it’s hard to blame the Academy for that, because they weren’t submitted for individual consideration. In fact, no category is stranger or more dissonant with how America consumed entertainment during our pandemic year than Television Movie. Lifetime’s quickly forgotten Mahalia Jackson biopic, middling Amazon originals Sylvie’s Love and Uncle Frank, HBO dad-bait Oslo and Dolly Parton‘s Christmas on the Square, from Netflix, represent… what, exactly? A notoriously arcane set of category restrictions? A hilariously weak self-selected pool of contenders (albeit one that did include some quality picks, like Unpregnant and Black Box)? Certainly, these nominations bear little resemblance to the actual, ongoing convergence of TV and film during a year when icons from Borat to Wonder Woman to Bill and Ted were beamed straight to our smart TVs.

I’m frustrated by the way the Emmys continue to bury their documentary categories, excluding them from all high-profile broadcasts. Could the Academy possibly not realize, at this point, that docuseries in particular are among the biggest draws on TV? Digging into the dozens of categories unceremoniously dumped on the Emmys website following the announcement, I was happy to see City So Real, Pretend It’s a City and Allen v. Farrow nominated as docuseries—but I don’t think it makes sense for them to share a category with a long-running, episodic anthology like fellow nominee American Masters.

At least the rise of nonfiction TV has fared better at the Emmys than another major trend in American viewing, one that the Academy isn’t so much as touching: the influx of very good, very popular foreign-language television. Lupin, Call My Agent!, Veneno, Losing Alice, Kingdom, Beartown, Shtisel, Sky Rojo, The Investigation—none of these acclaimed shows were even submitted for consideration and many wouldn’t qualify anyway because they aren’t American co-productions. Anglophone imports have fared almost as poorly. Some of this stuff is bound show up among the nominees for the International Emmy Awards, which most people probably didn’t realize existed and not even I, a TV critic, have ever watched. What an unfortunate fate for series that Americans devour on various streaming platforms and premium cable networks, as the distinction between what we watch in our native language and what we consume in subtitled form keeps shrinking.

From COVID to the streaming wars, the medium that we call television has changed rapidly—perhaps more rapidly than ever before—in the 13 months since the 2021 Emmys eligibility window opened. The way we watch now bears little resemblance to the way we watched less than a decade ago, when the phrase “Netflix Original” would’ve sounded like a contradiction in terms. Professional organizations are sluggish things; we can’t expect them to move at the pace of the zeitgeist. But they can, and do, evolve to address the shifting realities of their industry. This year’s chaotic round of Emmy nominations should be a wake-up call to an Academy whose Emmy telecasts keep hitting new ratings lows: modernize or become a relic. 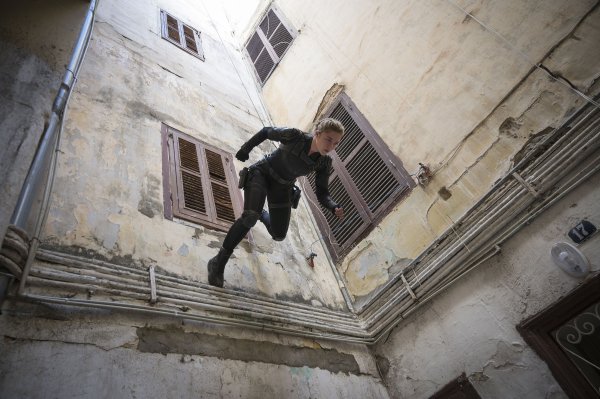 Breaking Down Black Widow's End-Credits Scene
Next Up: Editor's Pick