Mandy Moore and Milo Ventimiglia in This Is Us.
Ron Batzdorf—NBC
By Daniel D'Addario

This is Us, a new drama that premieres Tuesday night on NBC, began making news long before it aired—with a trailer that came to be viewed by some 50 million people. They were watching it long before there was any context to how the people in the trailer were connected.

And that’s exactly the point. The show advertised itself with signals that you should cry, a series of weighty moments that were disconnected from any real information about what the show is about. With the benefit of an hour of airtime, the show fills in the factual details but does little to justify its emotional cues. If you’re in the mood for emotional catharsis, you won’t have to search hard to find it in This is Us; indeed, the show could only work harder to make you cry if it could find a way to shove a freshly cut onion through the screen. (They’ll figure out a way by season 2, surely.) The show has promise, but its cynicism in terms of trying to evoke an emotional response is both what viewers will be tuning in for and its least accomplished aspect. If it could work to wring out a real response, not just an easy one, this might be a show worth watching each week.

The first episode toggles between three storylines that seem to be unconnected, and I’m loath to reveal why they’re all in the same series. (I did not actually guess the connection, perhaps because it is so audaciously goofy.) In one storyline, a married couple played by Milo Ventimiglia and Mandy Moore await the birth of their triplets, a medically risky endeavor that Ventimiglia’s character insists they will get through by force of will, faith, and love. In another, a semi-famous-actor brother (Justin Hartley) and his downcast sister (Chrissy Metz) come together to deal with his career anomie and her crushingly poor self-image. (She’s obese, which accounts for perhaps more of her characterization than might be ideal, or interesting.) And finally, newly-minted Emmy winner Sterling K. Brown (The People v. O.J. Simpson) plays a man seeking a connection with the father (Ron Cephas Jones) who abandoned him.

Time will tell how well these stories, and the interplay between them, wear. All of them have obvious emotional hammers with which to assault the tear ducts—the joys of parenthood and the fear of abandonment, physical and career insecurities. A “better” show would work harder in its early going to wring more variation from its actors (Ventimiglia, for instance, is frustratingly one-note in his insistence that everything will be fine; Moore, as his wife, gets even less to play.)

And yet that show would not be airing after The Voice on NBC. This is a network show that knows exactly what it is and the audience for whom it is intended, and I admire its straightforwardness—it’s nobody’s idea of a Trojan horse. What you saw in the trailer is exactly what you’ll get—an IV line filled with glycerine, sent directly to the heart. That it doesn’t add up to much more than the sum of the tears you’ll choke back isn’t a deficiency—just a sign that the show is, so far, skillful in achieving the very simple thing it sets out to do. 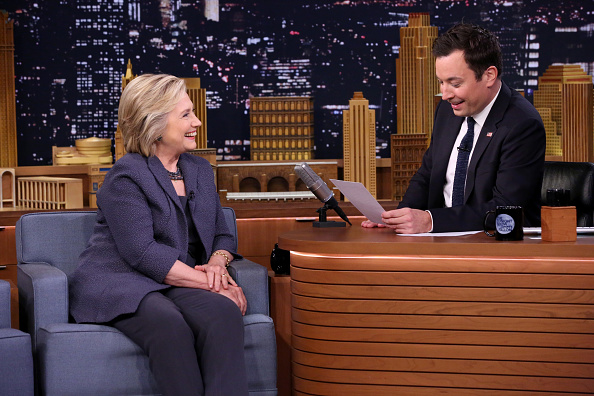