If TV Is the New Film, We Need More Shows Like Lupin

Like an action hero swooping in to save the day, Lupin arrived at a dire moment. When the latest twist on Marcel Leblanc’s classic gentleman-thief character Arsène Lupin hit Netflix, on Jan. 8, the U.S. was reeling from an insurrection amid the deadliest stage of the pandemic. It was not yet clear when the vaccine rollout would accelerate or whether we’d see further disruptions to the peaceful transfer of the presidency. Those lucky enough to have our health, yet too distant from medicine or government to do much except wait, were badly in need of distraction. Car-chase, exploding-boat, blockbuster-spectacle-level distraction. The kind of distraction that comes with salty snacks, Dolby sound and an excuse to switch off those smartphones.

Unfortunately, it wasn’t safe to set foot in any movie theater at the time. So Lupin brought the cinema to us. Sure, there are plenty of big-budget TV shows these days—shows with Oscar-winning stars and flawless production design and artistic ambitions to match. Platforms like Disney+ and HBO Max have been downloading Hollywood franchises to the small screen at a staggering rate. Yet television still offers very few programs that are cinematic in precisely the same way as Lupin, which returns on June 11 with the final half of its first season. With its slick visuals, dazzling action scenes and charismatic star, Omar Sy, it’s a French-language crime drama that reminds me of the stylish, heart-pounding heist thrillers, like Ocean’s Eleven and Le Cercle Rouge, that I devoured during lockdown. No wonder it was, according to Netflix, watched by some 76 million households within 28 days of its release, a smash hit even in the notoriously subtitle-averse States.

Read more: Lupin’s Return to Netflix Is Putting Omar Sy Back in the Spotlight, Whether He Wants It or Not

Those who’ve yet to tune in should know that it isn’t a straightforward adaptation of Leblanc’s books. Set in present-day Paris, Lupin casts Sy—a César-winning French actor of West African heritage who is best known in the U.S. for his roles in the X-Men and Jurassic Park franchises—as Assane Diop, a Senegalese immigrant who grew up idolizing the fictional thief. When we meet him, he has spent something like 25 years amassing the necessary extralegal skills and tools to avenge the death of his beloved father Babakar (Fargass Assandé) in 1995, and has finally found the perfect opportunity to do so. His target is Babakar’s former employer, the nefarious business titan Hubert Pellegrini (a perfectly slimy Hervé Pierre).

Assane’s outlaw existence doesn’t leave much room for a life outside of work, but creators George Kay and François Uzan find believable ways to include relationships deep enough to reveal their hero’s fundamental goodness. At 14 years old, his son Raoul (Etan Simon) is the same age Assane was when he lost Babakar. For the sake of safety—and because, despite their obvious feelings for each other, his parents aren’t together—Raoul lives with his mother, Assane’s long-suffering high-school sweetheart Claire (the wonderful Ludivine Sagnier, recently seen in The Young Pope and The New Pope). The couple’s old pal Benjamin (Antoine Gouy), a jeweler, serves as Assane’s accomplice and confidant. As the first season progresses, Lupin amasses enough supporting characters, from Pellegrini’s beautiful, rebellious daughter (Clotilde Hesme) to a handful of cops with various allegiances, to fuel several seasons’ worth of capers.

Indeed, nested within Assane’s all-consuming quest for vengeance is a series of smaller plots and adventures. This is a smart way of building action into every episode of a show that thrives on it. Lupin delivers all the sumptuously shot high-speed chases, explosions, heists and glittering set pieces you could want—many of them set at grand Parisian landmarks like the Louvre and the Théâtre du Châtelet. Although Kay and Uzan don’t dwell on politics or identity, there’s resonance in the implications they seed throughout the story: about how the Pellegrinis of the world exploit the Diops, about how easy it is for a Black man to disguise himself as a low-wage worker in a society where so many barely look at such people. It’s these ideas that make the show more like a ’70s political thriller than like most current superhero or even James Bond movies; it is that rare and precious thing, an action blockbuster for grown-ups.

In fairness, the storytelling in Lupin doesn’t have quite the same taut precision as, say, The Parallax View. A story line in the first half of the season suffered from the ridiculously broad characterization of a disgraced female reporter, who seemed to have been beamed in from a totally different kind of show. A cliffhanger that could’ve been resolved within the first episode of Part 2 instead takes twice as long to wrap up. Even at its weakest, though, the show is so much more exciting than almost anything else on TV. Its glitz and gloss are immersive, its pace propulsive, its twists thrilling. Assane’s intricate schemes unfurl like delightful magic tricks or Rube Goldberg machines (many episodes replay these setups in order to reveal all the moving parts) rather than puzzle boxes designed to keep viewers confused.

None of this would work without such a captivating central performance. Only an actor who seems equally at home attending gala events in five-figure tuxes, fighting off bad guys with his bare hands and disappearing into an endless series of disguises could sell a character as charming and ingenious as Assane. Though his talents certainly aren’t limited to this kind of role, 43-year-old Sy has emerged as one of the most versatile male action stars of his cohort—one who radiates more warmth than Tom Hardy, more intellect than Ryan Reynolds, more physical strength than Tom Hiddleston or Anthony Mackie, more sophistication than John Cena or Jason Momoa or, really, any of the Chrises. Following the success of Lupin, and with Jurassic World: Dominion due out in 2022, Americans will surely be seeing plenty of Sy on the big screen in the coming years. That’s a wonderful thing. But as TV increasingly overtakes film as our most vital form of audiovisual distraction, I hope we’ll also start to see more shows like Lupin. 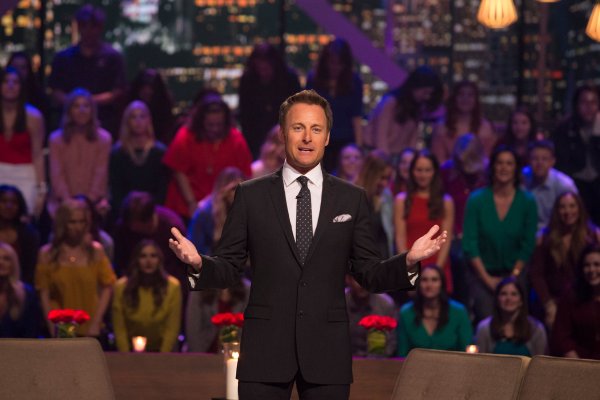