It’s 2018 in Chicago, and Mayor Rahm Emanuel—then approaching the end of a second term stained by his mishandling of CPD officer Jason Van Dyke’s murder of Black teenager Laquan McDonald four years earlier—has announced he won’t seek reelection. In the city’s predominantly Black South Shore neighborhood, a few men in a barbershop are debating whether their community’s youth need discipline or compassion. A customer preaching strictness touts his career in the Air Force and the Postal Service. His barber, a younger guy with a felony conviction, suggests working within the white power structure makes the man a sellout. Cut to a different barbershop, in nearby Bridgeport, where less than 3% of the population is Black. White men with thick Chicago accents, many of them retired police officers, are busting each other’s chops and griping about increased public scrutiny of the CPD. “Laws are out here to protect these idiots on the street,” one of them complains.

This kind of loose yet elegant juxtaposition pervades City So Real, an essential five-part documentary from the great nonfiction filmmaker Steve James that the National Geographic Network will air commercial-free and in full on Oct. 29. (The episodes come to Hulu the next day, where viewers might be better off catching them. While it’s certainly binge-worthy, the show is too dense to be binge-optimal.) At its center is the 2019 mayoral election, in which 14 candidates ended up on the ballot to replace Emanuel. But James always has more on his mind than an isolated event; his last docuseries, 2018’s America to Me, profiled a diverse high school whose many failings spoke volumes about racial inequality across the country. City So Real, which spends four episodes chronicling the election cycle before jumping a year ahead to the early months of the COVID-19 crisis, turns out to be a portrait of an iconic metropolis—and a nation—teetering precariously on the brink of ruin.

Instead of bombarding viewers with statistics, infographics, newspaper clippings and expert commentators, James assembles a variegated collage of humanity. And there’s a lot going on in each encounter. Like the men in their respective barbershops, these Chicagoans are simultaneously members of various demographic groups and unique individuals. Just because two guys happen to share a racial identity and perhaps a zip code doesn’t mean their experiences or political views align. (This seems obvious, but you wouldn’t know it to hear pundits discuss “the Black vote.”) Yet how likely is it that either the South Shore barber or his veteran client would get a warm welcome should they walk into the Bridgeport shop? At the same time, doesn’t the ritual of men congregating in homosocial groups to spar and get their hair styled constitute substantial common ground?

The mayoral candidates get the same consideration as these everyday people. Like the constituents they hope to serve, they’re a diverse, category-defying group. At one end of the spectrum, there’s ultimate insider Bill Daley, the son and brother of two previous Mayor Daleys as well as an alum of the Obama and Clinton White Houses; at the other, there’s Ja’Mal Green, a grassroots Black Lives Matter activist in his early 20s. Willie Wilson, a medical-supply magnate, talks about empowering Black America and makes ostentatious donations to Black churches but throws elbows at his fellow Black candidates. Dr. Amara Enyia, a change candidate from a close Nigerian-American family with expertise in public policy, gets the support of Chicago hip-hop stars Chance the Rapper and (more controversially) Kanye West. And then there’s former Chicago Police Board President Lori Lightfoot, initially a minor character in James’ ensemble. A self-possessed, straight-shooting lesbian mother and electoral novice, her hard-fought upset victory makes her the city’s first Black woman and LGBTQ mayor.

Each candidate offers a different way into the notorious boondoggle that is Chicago politics. Garry McCarthy, a former CPD superintendent fired by Emanuel for his role in the McDonald cover-up, feels that he—along with cops in general—was unfairly scapegoated. Toni Preckwinkle, a career politician who loses to Lightfoot in a runoff after seeing her reputation marred by an association with a corrupt alderman, illustrates the pros and cons of working within a broken system. In a city that traditionally erases racial identities beyond the Black-white binary, millennial professor and tech entrepreneur Neal Sáles-Griffin and Illinois Comptroller Susana Mendoza represent the 29% of Chicagoans who identify as Hispanic or Latinx. Individual campaigns aside, James pays attention to the outsize role of money in the election, from the divide between those who spend lavishly (like Wilson) and those who work tirelessly (Lightfoot) to the fresh-faced newcomers (including Green) knocked out by wealthier, savvier candidates who entangle them in costly challenges. You see why it behooves insiders to romanticize this stuff.

Though the mayoral hopefuls get more solo screen time, profiling them alongside their civilian constituents grounds the election in the communities that will be affected by its results. The owners of historic Bucktown bar and music venue The Hideout fume over Lincoln Yards, a $6 billion high-rise construction project that promises to complete the area’s transformation from industrial zone to yuppie paradise—and has seemingly encountered no real opposition from the political establishment. The founders of a DIY punk venue in Pilsen, a largely Latinx community that may be on its way to becoming another Bucktown, wrestle with their role in driving gentrification. Young activists of color converge on City Council to speak out against a proposed West Side police academy—which they see as a parting gift from Emanuel to his cronies—in an almost entirely Black neighborhood. Some are turned away. Others are tuned out.

A protester stands on top of a car.
PM Chicago Story, LLC

Most of the best insights into what Chicago needs come from private citizens. In a heated but nonviolent exchange between police-violence protesters and cops, a Black woman tells a Black male officer: “Part of the issue with the community is just that, that officer that looks like us will see the same [McDonald shooting] tape that we do, but they can’t say anything about it. So that makes you just as guilty.” The proprietor of a pharmacy in Lawndale, on the West Side, laments the dearth of other Black-owned businesses. “Let the preachers save the souls,” he says, “and let the businessmen build the community up.” At a historic diner on the South Side, a woman observes that, while Chicago politics are broken, “brokenness is a way to grow and learn.”

Chicagoland is James’ home turf. He’s done the majority of his best work there, including 1994’s Hoop Dreams as well as America to Me. And he realizes that it’s a sprawling city of small neighborhoods within larger neighborhoods that are themselves divided into the North, South and West Sides, one whose demographic complexity could be impenetrable to outsiders. (The posh North Side, which probably doesn’t need a bigger platform than it already has, may be underrepresented in the doc. Still, it makes a few fascinating cameos—including some insider schmoozing among business leaders, politicians and journalists over a “salon dinner” at the home of Playboy scion Christie Hefner.) So he wisely opens each scene by identifying where it takes place on a map, a small but significant choice that allows those of us who’ve never lived in Chicago to get our bearings without interrupting the flow of James’ loosely chronological but also eloquently digressive storytelling.

It’s all useful preparation for the final chapter. James couldn’t have known when he shot the first four parts of City So Real that coronavirus was on the horizon, but in revisiting several characters from earlier episodes, he captures what happens when a population that’s already struggling gets blindsided by cataclysm. A Chinatown restaurant owner recounts losing crucial revenue while fielding racist prank calls. A man who calls himself the Dreadhead Cowboy rides a horse through Black areas urging people to fill out their census forms and just generally spreading joy. When the George Floyd protests start sweeping the nation, they inflame a community that felt McDonald’s killer Jason Van Dyke—who could’ve gotten up to 96 years in prison but was sentenced to just 81 months—got off too easy. As mayor, Lightfoot faces off with activists who believe she protected the rich, white North Side while abandoning low-income communities of color. Meanwhile, we find out which former mayoral candidates are still invested enough in their city to don face masks and do what they can to ease Chicagoans’ suffering.

Does Chicago work as a microcosm of America in the Trump era? There are certainly unique aspects of the city: the entrenched political machine, its status as one of the President’s favorite punching bags, its frigid winters and miles of beaches, to say nothing of its vital food, music and comedy scenes. And James acknowledges them. But I can’t imagine much of City So Real feeling foreign to anyone who has spent time during the last few years—and especially 2020—in a major American city. Coming from a working-class metropolis that is neither coastal nor Southern, the inequality, fear and righteous anger resonate; so does the spirit of persistence through cultural life, political struggle and community building. As The Hideout co-owner Tim Tuten says, paraphrasing a common sentiment: “New York is the greatest city in the world. Chicago is the greatest city in America.” 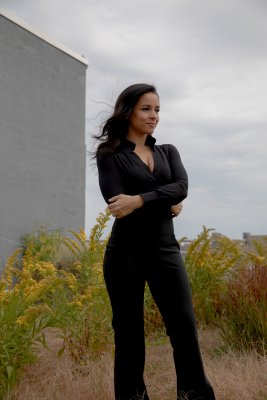