Mrs. America Does the Feminist Movement Justice—by Refusing to Sanitize It

Cate Blanchett makes her grand entrance as the star of Mrs. America wearing an American-flag bikini, high heels and a serene smile. The year is 1971, and her character is onstage at a fundraiser, where a male emcee introduces her as “the wife of one of our biggest donors, Mrs. J. Fred Schlafly!” But when she turns away from the cheering, wolf-whistling audience, Blanchett lets the Stepford-wife mask slip; the expression on her face reveals her boredom and bemusement. This is the first indication that we’re looking at a woman with ambitions beyond her prescribed role. By the end of the nine-part miniseries, as a new decade dawns and the candidate she backed is elected President, she’s an unstoppable force in American politics.

Her story has the arc of classic female-empowerment narratives from Erin Brockovich to Tina Turner: Through a combination of superior talent and superhuman drive, a woman who has been underestimated, objectified or mistreated rises above gender-based oppression to achieve something remarkable. The thing is, Blanchett’s character happens to be Phyllis Schlafly—whose biggest achievements were squashing an Equal Rights Amendment that seemed inevitable in the early ’70s and leading a paradoxically influential ladies’ auxiliary to the conservative movement that propelled Ronald Reagan to the White House a few years later. This irony suffuses the exceptional Mrs. America, which comes to FX on Hulu April 15.

It wasn’t lost on the second-wave feminists who became her sworn enemies, either. Though the show opens with Schlafly, in an effort to humanize someone known among progressives as a right-wing bogeywoman, it quickly incorporates some of her most prominent contemporaries in the women’s movement: Gloria Steinem, Shirley Chisholm, Betty Friedan and Bella Abzug each get their own namesake episodes. Every chapter introduces new characters and complicates ongoing dilemmas, as the show braids together the rise of Schlafly—the self-appointed voice, face and brains of Stop ERA and then the religious right powerhouse Eagle Forum—with the dissolution of a comparatively diverse feminist coalition that aimed to give all women a say.

Creator Dahvi Waller, whose history as a writer for Mad Men and Halt and Catch Fire is evident in Mrs. America’s vivid, complex depiction of our country’s recent past, introduces the feminists at the height of their collective fame and success. The first black woman elected to Congress, Chisholm (Uzo Aduba, bringing all of her stage-actor force to her character’s bold oratory) is mounting an underdog campaign in the 1972 Democratic Presidential primary. Abzug (Margo Martindale, equal parts hardiness and heart) has just joined her in the House. Steinem (an introspective, understated Rose Byrne) is launching Ms.—and becoming feminism’s most glamorous avatar—while a prickly Friedan (Tracey Ullman, balancing Friedan’s egotism with sadness), still dining out on her galvanizing 1963 best-seller The Feminist Mystique, openly resents her. Despite the differences in their identities, methods and political allegiances, they’ve united to form the National Women’s Political Caucus. Thanks largely to their work, feminists will see their biggest win since suffrage with 1973’s Roe v. Wade decision.

But this isn’t a commercial for the second-wave establishment; these women aren’t an Avengers-style foursome of superheroes assembled to fight Schlafly and her cadre of housewife baddies. Waller is, for good reason, fascinated by the issues—crucial and petty—that divide them. Though they’re both congresswomen, Abzug, for all her bluster, turns out to be the pragmatic party loyalist to Chisholm’s authentic revolutionary. While Friedan rushes to publicly debate Schlafly, Steinem thinks it’s best to deny her a platform. White, straight and middle-class women routinely, if often unintentionally, marginalize black, queer and poor women. And the show minimizes tokenism through smartly cast secondary characters, from intersectional hero Flo Kennedy (Niecy Nash) and Republican feminist Jill Ruckelshaus (Elizabeth Banks) to Ms. co-founder Brenda Feigen (Ari Graynor), a married lawyer having an affair with a woman, and Margaret Sloan (Bria Samoné Henderson), who juggled responsibilities and identities as a poet, editor, activist, single mom and African-American lesbian.

Instead of coming off as cattiness—a charge that, for sexist reasons, has always plagued the women’s movement—these disagreements are rooted in beliefs, experiences, tactics and intersectional conflicts. Even an informal gathering of black feminists is split, with lesbians and their allies one side and women hoping to secure the support of Black Power groups by disavowing queer liberation on the other. It would be impossible to represent feminism in all its diversity of identity and ideology without depicting these divisions. (An even more inclusive depiction of second-wave feminism, one that would require at least twice as many episodes to get right, might spotlight prominent Chicana feminists of the era, such as Dolores Huerta and Gloria Anzaldúa; early transgender feminists; radical, separatist arms of the movement; and leftist counterculture groups like Redstockings and Radical Women.) As Steinem puts it in one episode, “We’re a political movement, not a sorority.” After all, the show reminds us, debates among men shape American politics.

This degree of moral, political and philosophical complexity is what differentiates Mrs. America from so many other recent dramatizations of women’s movements past, such as the stiff, excessively reverent movie Suffragette and Amazon’s superficial Good Girls Revolt, a fictionalized account of female Newsweek journalists’ 1970 uprising. And it’s through this messiness that the show makes its subtle argument for feminism as a movement whose instincts epitomize democracy. Friedan, Chisholm, Steinem and Abzug quarrel because they all share a goal—equality for women—but each has her own idea of what that entails and how to achieve it. Sadly, Waller implies, in episodes that revisit such pivotal moments as the 1972 Democratic National Convention and the 1977 National Women’s Conference in Houston, these good-faith disagreements make them vulnerable to an enemy with Schlafly’s poise, tenacity and preternatural air of authority.

As portrayed by the statuesque Blanchett, dwarfing John Slattery’s insecure Fred Schlafly in heels, she’s formidable to a fault. A woman of great intelligence and ambition but little empathy, she has two failed Congressional runs under her belt and a specialty in national security when she first gets wind of the ERA. The shift to antifeminist lightning rod is framed as her last-ditch effort to bring glory upon her own name, at a time when women are rarely considered experts on anything besides themselves, more than as a real reflection of her evolving political interests.

If the feminists represent the promise and frustrations of democracy, then Schlafly’s condescending, top-down leadership tends toward authoritarianism. Her newsletter is called The Phyllis Schlafly Report. Her rivals on the right, whether they be uncouth Klan sympathizers or fuzzy-headed grandmas who liken abortion to tearing the blooms off roses, end up bending the knee. Her message is clear yet adaptable, because she cares about winning more than anything else. But when she starts to get overexposed and agrees to a short break from the spotlight, her absence leaves a yawning leadership void. In a scene from the show’s penultimate (and best) episode, set at the Houston conference, her increasingly disenchanted friend (a fictional character given emotional depth by Sarah Paulson) watches in awe as Steinem ends a meeting by confirming with each participant that they have a consensus.

And yet, for all their many differences, Waller makes sure we see that these two diametrically opposed factions have plenty in common. For all their liberationist principles, the women of the second wave aren’t exactly above vanity, internecine competition or selfishness. Schlafly, who eventually gets her law degree, exploits the increased freedom women enjoy to participate in public and professional life—and avails herself of the pink-collar labor of a housekeeper and later a secretary. Both groups are betrayed by the male politicians whom they must rely on for legitimacy. All of this, of course, only reinforces what the feminists are saying all along.

There’s no getting around the rightward pendulum swing of the ’80s—one that Americans saw echoed in the 2000 and 2016 elections, and one Waller wisely portrays as neither a final defeat for the feminists nor a clear-cut victory for Schlafly. (A scene in the finale that has Paul Manafort and Roger Stone introducing themselves to Schlafly, whose final book before her death in 2016 was The Conservative Case for Trump, does feel a bit on-the-nose, however.) Yet what I took from Mrs. America, my favorite new show this year, is that there’s an elemental difference between working exclusively for your own enrichment and organizing on behalf of an oppressed group that happens to include you. What separates the two, in fact, is the distance between dictatorship and democracy. 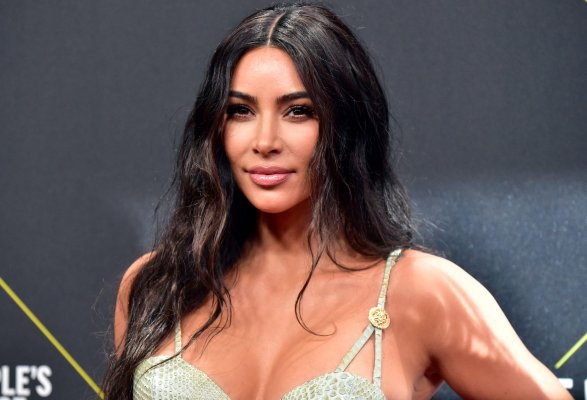 Kim Kardashian West on Prison Reform
Next Up: Editor's Pick