What happened to Jane Roe was, at the time, nothing special.

She wanted an abortion and couldn’t get one. So, like many others, she had a child and gave him up for adoption. But then she did something that was unusual: she sued. The case that bears her name, Roe v. Wade, was decided on this day, Jan. 22, in 1973. As TIME reported in the Feb. 5 issue of that year, under the headline “A Stunning Approval for Abortion”:

The ruling, the story continued, was “bold and uncompromising.” Even states that already had few restrictions on abortion would have to make their laws more lax (by, for example, eliminating residency requirements). From that point, abortion during the first trimester would be off-limits to government intervention; after that, the state could make certain regulations but, until the fetus became viable, could not prevent the procedure from happening.

The reasoning, as described in an opinion by Justice Harry Blackmun, was traced to the right of privacy, which he held had become part of the liberty protected by the 14th Amendment. A fetus, Blackmun continued, was not a person and thus has no rights that can run counter to the right to privacy. Further, he took into consideration that many of the U.S. statutes restricting abortion had been written when the procedure was much more dangerous to undertake. The opinion was careful to say that states and doctors were under no obligation to perform abortions, but rather that they not make it illegal for those who would otherwise perform the procedures to do so.

But, even from the first, it was clear that Blackmun’s surety was not echoed nationwide.

Not only did two of his fellow justices disagree, but anti-abortion advocates nationwide also spoke up with their unhappiness about the decision. Protests and angry statements were quick to come, and one group even urged excommunication of Justice Brennan, the court’s resident Catholic. Others lobbied for a constitutional amendment that would force the decision into obsolescence. “No one can predict how successful such an effort would be, but obviously the abortion decision, like those on school prayer, desegregation and criminal rights, has once again brought the court under heated criticism,” TIME commented, noting that a poll taken right before the decision revealed that eliminating first-trimester restrictions was favored among Americans by only a single percentage point more than the opposition. “Such a close division of sentiment can only ensure that while the matter has been settled legally,” the piece continued, “it remains a lightning rod for intense national debate.”

Read the full 1973 story here in the TIME Vault: A Stunning Approval for Abortion 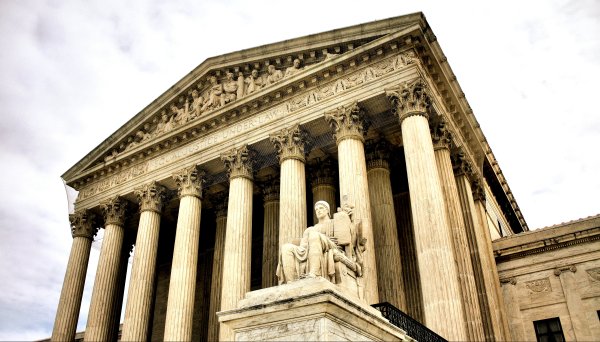