Phyllis Schlafly, left, sit with women opposed to the Equal Rights Amendment during a Republican platform subcommittee hearing in Kansas City, Mo, Aug. 10, 1976.
AP
Ideas
By Carol Felsenthal
Carol Felsenthal is a biographer and the author of Clinton in Exile: A President Out of the White House

Having spent my career writing biographies, I’ve learned that nothing is more important in the creation of the adults I write about than their childhoods and their relationships with parents. Of the many people I’ve profiled, none came close to having a childhood as healthy, happy and encouraging as the anti-Equal Rights Amendment crusader Phyllis Schlafly, who died Monday at age 92. Those who battled Schlafly and lost, repeatedly, could only have wished for a far different upbringing.

ERA had been on an easy, bipartisan path to ratification in 1972 when Schlafly, then 48, decided to defeat it. After studying it, she said, she realized that it would pass power from the states to Washington and that the country would face consequences including same-sex marriage, unisex bathrooms and women forced into the draft and combat roles.

It’s no exaggeration to argue that, in a sense, she singlehandedly stopped ERA—she and her legions of worshipful women, who, at her command, would dash to Springfield or Tallahassee to lobby legislators, often equipped with arsenals of home-baked bread and pies.

Born in 1924 in St. Louis, Schlafly was the older of two daughters. Her father, whom she hugely admired, never expressed the slightest regret about not having a son.

Her parents had distinguished lineage (three of her grandparents were descendants of men who had fought in the American Revolution), but they struggled financially. Her father, Bruce, a heavy equipment sales engineer for Westinghouse, a loyal employee of 25 years, lost his job during the Depression. He was let go without a pension and was never able to reestablish the family’s finances.

Her mother, Odile, nicknamed Dadie, had two degrees from Washington University in St. Louis, the second in library science, and eventually worked two jobs. “We had to eat,” Schlafly later explained. Her mother sold yard goods and draperies at the Famous Barr department store. Next, she took a $150-a-month job as the librarian at the St. Louis Art Museum. On her day off she cataloged and maintained the library at the private Sacred Heart school Schlafly attended, in lieu of paying tuition.

There was no money for frivolity. Despite working seven days a week, Dadie, in her spare time, wrote a book on the history of St. Louis. She sewed her daughters’ clothes; Phyllis often said that she didn’t own a store-made dress until she turned 18.

When he wasn’t looking for a job, Bruce worked on inventions—for 17 years on a design for a rotary engine that contained only three moving parts. He received a patent for it in 1944 but was not able to sell it. Mazda later built cars with a similar engine, but Bruce never received a dime for his invention.

His work made an impression on his daughter. Schlafly used to infuriate ERA backers by celebrating inventors—the ones she mentioned were always male—who were “the real liberators of women in America” because they “lifted the drudgery of housekeeping from women’s shoulders.” Thomas Edison was a favorite, for bringing electricity to the home and giving “every American woman… the equivalent… of a half–dozen household servants.”

Influenced by her mother’s capacity for work, Schlafly studied compulsively, delving deeply into assignments so she’d be prepared for any question. She had few of what might be considered teen-girl interests.

Asked as an adult if she had any hobbies, she named “nuclear strategy” and Republican National Conventions. A former President of the National Organization for Women told me that while awaiting an event at a school at which she and Schlafly were hired to debate, she saw the packed auditorium and said to her opponent that she felt like Mick Jagger. “Who’s Mick Jagger?” Schlafly asked.

At home growing up, dinner table conversation was about literature—Bruce loved to read Shakespeare—and politics. He saw politics in black and white, and despite being fired with no pension, saw absolutely nothing good about President Franklin D. Roosevelet and his New Deal. In the scrapbook Schlafly kept during high school, she pinned “No third term” buttons and “I don’t want Eleanor either.”

She graduated valedictorian of her class at age 16 in 1941, eventually paying her way through Washington University by working a 48-hour-a-week night job as a gunner in an ordnance plant firing rifles and machine guns to test ammunition. She worked nights, went to school days, and slept when she could.

When she graduated from college at age 20, her parents’ gift was a Phi Beta Kappa key. From there she went on to do a fellowship at Radcliffe for a Master’s in political science. In the 1970s she earned a law degree at Washington University in St. Louis, graduating near the top of her class.

I was writing about her then, and her classmates called me and complained that she was rarely in class.

In 2008, Washington University awarded her an honorary degree. Hundreds of students and some faculty got out of their chairs and turned their backs. Schlafly responded, by calling it “a happy day.”

She had, apparently into her old age, little to no self-doubt. Not surprising. That’s how she was raised. 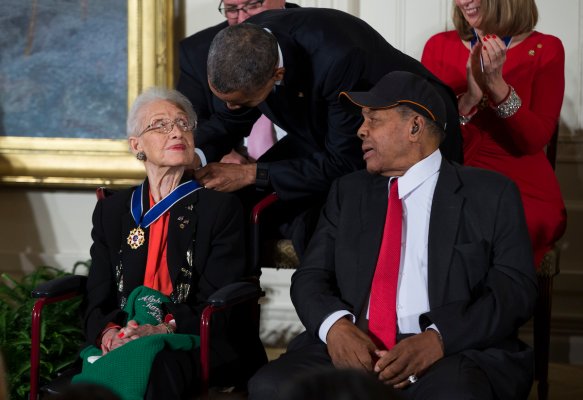 A Reminder That ‘History’ Is Always Incomplete
Next Up: Editor's Pick