One problem with the first season of Halt and Catch Fire was that it seemed, intentionally or not, like AMC was trying to make another version of Mad Men. There was a period setting (the 1980s), an office environment (the early personal computer business) and above all, a tortured mystery man with a secret, Joe MacMillan (Lee Pace). It was as unsatisfying a substitution as replacing your martini with a New Coke.

But by the end of the first season, HACF found itself. It ditched the storyline about launching an IBM PC clone, it ditched the Jobs/Wozniak dynamic between Joe and hardware wiz Gordon (Scoot McNairy). It became a story about the thrill and costs of creation, shifting attention to the marriage of Gordon and Donna (Kerry Bishé)–herself a visionary shackled to a pay-the-bills job at Texas Instruments–and to Cameron (Mackenzie Davis), the spiky-haired programmer who wanted to foresaw computers as something people connect with, not simply log on to.

The second season improved logarithmically, as if through some TV-business version of Moore’s Law. It made Donna and Cameron into the show’s leads as they launched Mutiny, an early online gaming company. Focusing on two women launching a startup in the ’80s wasn’t just refreshing–Bechdel Test, meet Turing Test–it also simply made for a more interesting dynamic than Joe and Gordon’s Don-Draper-meets-Walter-White dynamic did. HACF found a truly vital story in ’80s computing–Donna seeing the value in chatrooms, the early iteration of the virtual lives we all lead today. In the process, it stopped trying to be Mad Men and learned how to be itself.

Yet, when I watched “Heaven Is a Place,” the excellent season two finale, I realized something: HACF has, in fact, kind of become the next Mad Men, but in the best possible way.

I’m not saying that simply because “Heaven” ended with nearly the entire cast boarding a plane for California, planning to reboot Mutiny (and God willing continue the show) in the location that so many of Mad Men‘s characters saw as a place for rebirth, reinvention, chasing the future and escaping the past. And HACF doesn’t resemble Mad Men in most surface aspects. It doesn’t have delectable fashions and furnishings (this is the ’80s). It doesn’t have a vast group of urbane characters dropping bon mots. It has a truly awful title. As a result, it doesn’t have even the sizeable cult audience that Mad Men did, and its fate is uncertain even though it’s become one of the best shows on TV.

But philosophically, HACF is doing precisely what Mad Men did: it’s showing how work, and the products of that work, express character. Season one had various problems to work through, but a basic one was simply that hardware is not as artistically interesting as software. Imagine if Mad Men were set at Kodak rather than among the folks trying to sell the Carousel.

Halt and Catch Fire is chronicling a time when computer software was moving from becoming mainly a tool to run calculations and solve problems to being a means for externalizing the self. It would become a place for play, for discovery, for friendship, for sex. Now that’s interesting. It’s the story of us, of people beginning to imagine the world where many of us now live half our lives.

But that’s still just an idea. What has made HACF a terrific story is that it used that premise to develop rich characters with complicated relationships. It’s realized, essentially, that software is its answer to advertising: it’s a device whose purpose is to tap into human needs or fears or desires, and thus it can reflect those in its own characters. (Think Don selling a Hawaiian hotel as a place to disappear, or Peggy drawing on her troubled Catholic background to sell Popsicles as communion.) It is more than a product. As a certain Korean War veteran used to say, the product is you, feeling something.

Thus it’s Cameron, who resists being subject to others’ restrictions and control, who insists on pushing the immersive aspects of Mutiny’s games: it’s not enough that Mutiny be fun, it needs to be a place to can disappear into, a place that feels without boundary, where you can replace your face with a skull because it’s badass and you can. Thus it’s Donna, who has had to hold together a family, manage an erratic husband, ride herd on a stubborn business partner, who sees that the real long-term play at Mutiny is Community–enabling connections among people.

Thus it’s Joe, who has learned suspicion as the only useful strategy for life, who sees an opening in the virus-protection market: “Real security is trusting no one.” (Yeah, he hits the metaphor a little hard, but sometimes Mad Men did that too.) And thus it’s Gordon, the hardware guy in an increasingly software world, who has been adrift this season despite the freedom that cashing in on his company would seem to have afforded him. He has a neurological condition–his wiring is failing him–and he ends the season realizing he needs to put Donna’s career first: he needs, literally, to put his faith in Community.

What began seeming like a misfire is now easily one of the few best dramas of the year. It may not be a lucrative decision for AMC to pick up another season, but that’s what Fear the Walking Dead is for. If a reputation for supporting quality still matters to AMC’s brand, it will order a third season.

The first version of Halt and Catch Fire had a shelf-life shorter than a PC the day before the new Macintosh came out. But the show’s strong casting and writing now has purpose and a worthy premise: complicated people trying to create a new world. A place where your essence, your you, is abstracted from your physical shell and can roam free. Today, we call that sort of place the Internet. People used to call it Heaven. 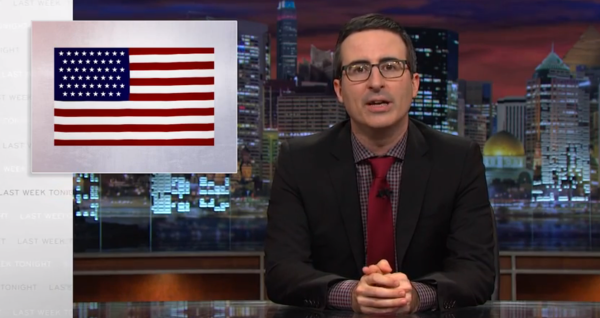