Actress Uzo Aduba took home the Emmy for Best Actress in a Drama Series on Sunday night, her second consecutive Emmy for her role as Suzanne “Crazy Eyes” Warren on Netflix’s Orange Is the New Black. Because the show was categorized as a comedy in 2014 and a drama in 2015, Aduba’s win makes her the first actress to win both a drama and comedy award for the same role — an honor previously held only by the actor Ed Asner.

As she thanked a long list of people, Aduba broke down in tears. “I love you mostly because you let me be me,” she said. She finished her speech by thanking her sister, whom she brought as her guest to the Emmys. “I am humbled to call myself your sister,” she said. “I love you so much.” 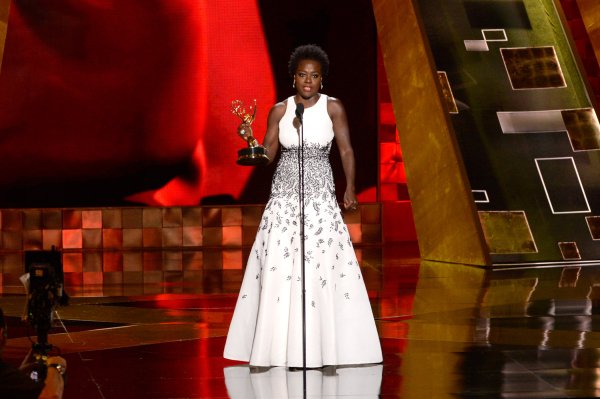 Viola Davis Makes History at the Emmys
Next Up: Editor's Pick